Australian Researchers Believe You’ve Been Lifting Weights Wrong All Along

The weight is your friend, not your muscle. 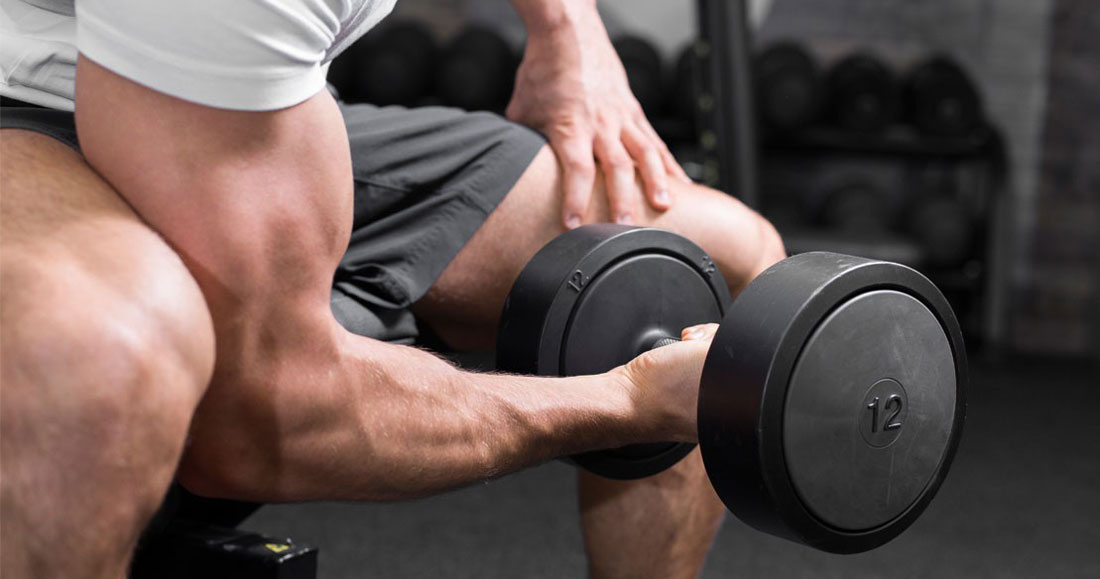 A new week means it’s arm day and arm day means supersets, copious amounts of curls and protein shakes. All is well in gym land then — or so you think. The general consensus amongst bodybuilding circles dictates that muscle development comes from focusing one’s attention on the muscle they’re trying to grow. In other words you mentally activate a particular muscle from lifting, thus endorsing its development.

A new study published in ‘Frontiers in Sports and Active Living’ suggests that this long-standing belief of bodybuilding isn’t the most effective method. When training encompasses muscle performance as well as muscle growth, these researchers believe that gym junkies need to instead focus on moving the weight itself rather than focusing on the muscle in order to lift heavier and longer.

“The higher overall muscle activity with an internal ‘muscle focus’ is not specific to the muscles mentally isolated during lifting,” says the review’s author, Professor David Neumann, of Griffith University in Australia.

“Rather, it seems to represent increased activity of non-target muscles, too.”

Fundamentally they’re recommending trainers think outside of the body. In their findings the analysts consistently found that when weightlifters instead focused their attention on the external effects of their efforts, such as the movement of a barbell, lifts were accomplished more economically and with less effort.

Some stats from the study revealed that at 80% of maximum effort in one bench press study with increasing load, the muscle activity advantage of muscle focus over an external focus simply disappeared.

Neumann says that this method of external focus can maximise an athlete’s performance in training and competition. This method is also believed to be a complement to ‘dissociative’ focus strategies, things such as listening to music in order to reinforce exercise adherence in less active people.

As with most studies though the results aren’t bullet proof. The area of muscle fatigue and strength gains have yet to be determined whilst the other studies in this area have been relatively small — 11 to 29 participants that are mainly young Western males who are already proficient at weightlifting. A more diverse study group should help reinforce these findings a bit more.

“It would be worthwhile to examine whether transfer of these effects occurs to similar sporting tasks,” adds Neumann. “For example, some sports like shot put and discus, require a short-term maximal muscular effort.

“We should also explore ways to maximise the beneficial effects of an external focus. Using VR for instance, completing a deadlift could be translated into an imperative like virtually lifting a heavy bar to free a trapped virtual person.”

Whilst the findings suggest that the traditional way might not be the most effective method to lift weights, there still remains a place in exercise routines for mind-muscle connections, specifically in hypertrophy and lifting form awareness.