The Ghan clacks, clouds of rouge in its wake. You yawn, crack the shutters, and squint over a sea of shrubs. “This is Australia,” you think, before hearing a knock at the door.

Your dedicated hospitality attendant greets you with a Piccolo that would impress even a Melbourne hipster. You climb back into bed.

The Ghan is Australia’s iconic desert-splitting train, named after the pioneering cameleers — many of whom were Afghans — who helped lay an iron artery to the country’s heart in the late 1800s.

It’s now one of the most sought after travel experiences in Australia, especially for retirees. Which made my 25-year-old partner and I something of a novelty (we were asked at least once a day if we were on our honeymoon).

Anyway — getting back on track — the inaugural train set off from Adelaide on the 4th of August, 1929, bound for Alice Springs. Ninety years later, to the day, and we too left Adelaide, invited by Journey Beyond to celebrate The Ghan’s 90th anniversary, on a three-day trip from Adelaide to Darwin (where the route was extended to in 2004). 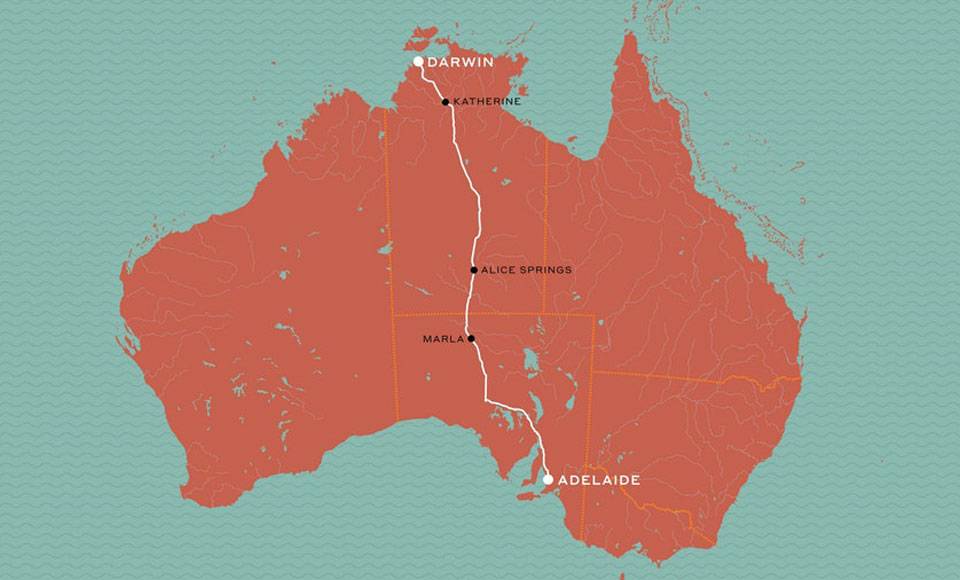 While The Ghan was one of the best trips I’ve done, many of the clientele were almost as old as the track itself (some older). Of course: I knew this before signing up. However, for any other young fish considering dipping their gills into this old pond, here’s what you need to know first.

The Ghan is the most luxurious way to see the Outback

While Outback glamping retreats like Longitude 131 are beginning to capture the credit cards of millennials and Generation X, The Ghan’s hospitality attendants’ attention to detail, as well as the convivial atmosphere, live music, top-notch dining (and the ability to experience all this when you would otherwise be on a coach, yet to arrive where you want to be) mean The Ghan is, in my eyes (and evidently in Baby Boomers’ too), still in pole position when it comes to Outback luxury.

Evolutionary biologists say a person can only sustain an intimate relationship with five people, have a strong friendship with 15, and decent rapport with 50 before the brain fizzles. Much the same way, when on holiday, you don’t want your socialisation opportunities to be too intimate (read: limited). However, you also don’t want them to be too large, and not get to know anyone properly.

Thanks to the clever layout of the train, The Ghan strikes a perfect balance, seamlessly facilitating natural interactions between you and the other 20 guests in your compartment of the train, with whom you socialise before and after each meal in the lounge dedicated to your carriage (then being taken through to dine with whoever you happen to be chatting with that day).

Even better: the staff have an uncanny ability to pick who you want to spend time with, giving you a chance to escape a rambling conversation, or commit to a three-course meal with someone you have hit it off with.

While this is an obvious drawcard for older generations, for whom making friends over beer and wine is a more attractive proposition than hiking through Kakadu and zonking out in a private tent, I also found it refreshing, as it gave me the chance to get to know people in just the right amount of depth (if you didn’t click, you moved on; if you did, there were many opportunities to spend more time together).

Also, while you might get something like this on a cruise too, many pensioners (and cruise ship connoisseurs) I spoke to said they’d never experienced a more natural opportunity to make friends than on The Ghan.

The Ghan may look glamourous on Instagram, but not everything is effortless

The only (minor) downside I found to The Ghan was that, after luxuriating all evening in the spacious lounge, I had to endure one of the most unforgiving environments in the world: the Gold Cabin bathroom — a place which made my cramped Sydney flat’s restroom feel like the Taj Mahal (think the Cameleers had it tough? Try having a shower in a 0.5 x 0.5m ‘space’ as the train rounds a bend).

Call me precious, but unless you pay the $1,000 difference to book a Platinum Cabin (which sell out quite far in advance) then you better be ready for three days of wet shower-curtain slaps and close-quarter interaction with your partner (the Gold Cabin bedroom is beautiful and heritage-rich, but not exactly spacious either).

From entitled businessman demanding more business class privacy to millennials worrying more about the ~optics~ of their holiday than enjoyment, we can all learn from what retirees seek on a trip. It may seem simple, but switching off your phone (there is no wifi and little to no phone coverage on the Ghan) and devoting your attention to eating, drinking and socialising is a recipe for holiday success that rarely fails.

On this note, the lack of shame many of the older generation on The Ghan exhibited when it came to singing and dancing to the live entertainment, whilst initially confronting, turned out to be quite freeing as I (first cautiously, then — as I realised I was the only one who cared what I looked like — enthusiastically) joined in.

The Ghan gives you a delicious, unearned sense of achievement

Imagine the following. You are sitting in the Outback Explorer Lounge, sipping an ice-cold beverage and picturing the early settlers trudging through the dust, as you fly by at 85kmph (the average speed of the train). You then think: “Is this really an authentic Outback experience?”

The Ghan lets you experience a lost art…

Had enough adventures for one day? Head on over to the Bollinger & Brims carriage, where you can embrace your inner rancher, sip some of the world’s finest champagne and be expertly fitted with an Akubra, in a never-zone where neither calories nor BAC count.

The Ghan crams three weeks of decadence into three days

The Ghan lifts the lid on the Australian Dream

If Las Vegas symbolises the American Dream then The Ghan does the same for Australia: we want to feel like rugged settlers — without skimping on the Shiraz and Barista-standard coffee.

Sure: it’s easy to be cynical about this. But it’s uplifting: the Ghan gives people who are too frail to really do so the chance to feel like they’ve faced nature. And while this delusion is just as self-indulgent as Hunter S. Thompson’s, there’s a certain understated pride in being able to say, “I travelled 2,979km in three days instead of buying a new hip (or a plasma TV).”

All up? It is a uniquely Australian affliction to seek nature’s whip, even when you’ve been working your whole life to be decadently couriered above it. So: even as smartphones and electric cars take over our lives, Australia’s cathartic affair with The Ghan is not going anywhere soon.