Conan O’Brien is not known for his subtlety. In fact, the loudmouth late-night talk show host has made a career out of self-deprecating humour. There is nothing awkward though about Conan’s style, however: while he may not draw much attention to it, TV’s longest working talk show host has some serious panache.

Conan has never really been appreciated for his style choices but a quick journey through his Instagram reveals how we’ve been sleeping on him. When he is not plugging his own comedy tour, Conan shows off some great wardrobe choices on the ‘Gram, particularly ones made during his latest trip to Japan.

The comedian recently traveled to Hokuei in Western Japan – a town with around 15,000 residents that’s colloquially referred to as Conan Town due to its ties to the immensely popular anime series of the same name, which O’Brien recently discovered and cheekily demanded billions from the municipality for using his name in promotions. In return to Conan’s demands, Mayor Akio Matsumoto demanded that the comedian help hand out 1000 cheeseburgers at the town’s station. It was here that Conan took the photo op where he showed off one classy watch.

The Panerai Radiomir PAM573 (A$31,600) is an understated classic timepiece molded from a single piece, and is actually 5N 18ct. red gold. This material has a percentage of copper and platinum in it for visual appeal and to allow for it to go underwater. It comes complete with a brown crocodile-skin strap with white stitching and an 18ct red gold buckle. Conan is not the only celebrity to be a fan of the PAM573: Guardians of the Galaxy actor Chris Pratt wore the same watch to the 2015 Oscars. 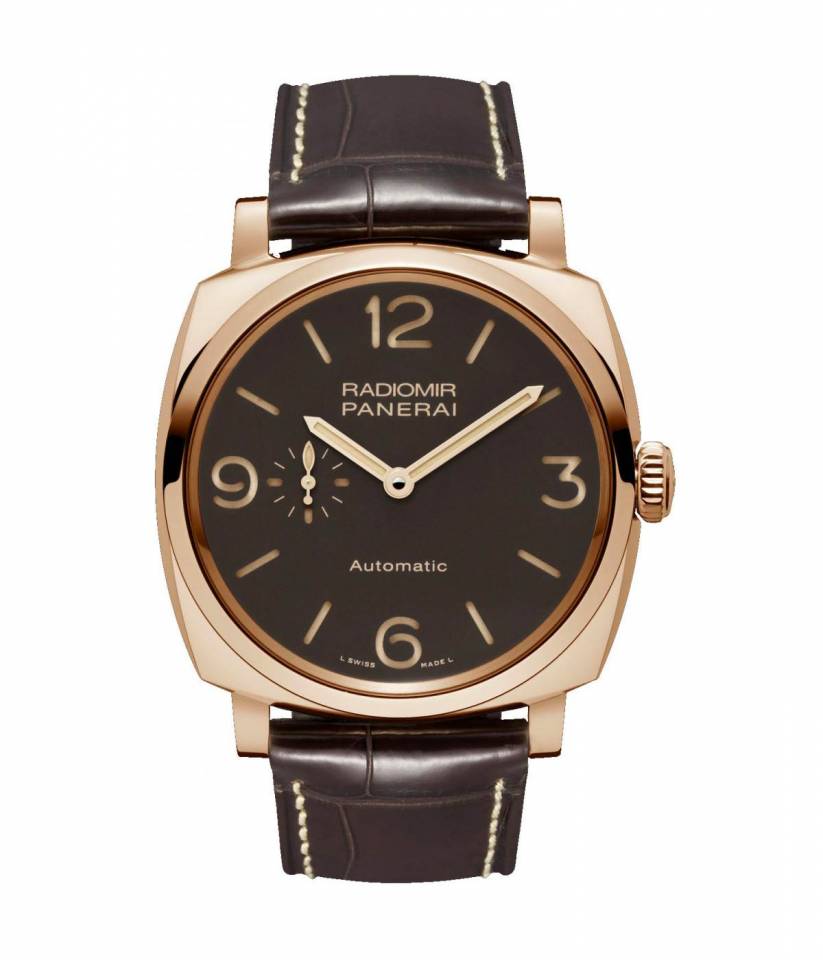 The PAM573 is not Conan’s only Panerai as he has previously been snapped wearing a titanium Panerai Luminor Marina during a meeting with famous Harlem tailor Dapper Dan.

Got styled by #Harlem #fashion icon Dapper Dan. This is the before picture. #ConanNYC

The funnyman is now back in the states and preparing for his next comedy venture with Team Coco House, where his team will take over 10 comedy clubs across the country for one simultaneous comedy experience.

Daniel Ricciardo's $2,000 Designer Jeans Are The Real Winners In Italy