There was Blofeld, Drax, Scaramanga and now there’s Drizzy. That’s right: a devilish Drake jetted into London yesterday to join the cast of ‘Top Boy’ (a British crime-drama series of which Drake is an executive producer) at the season three premiere. 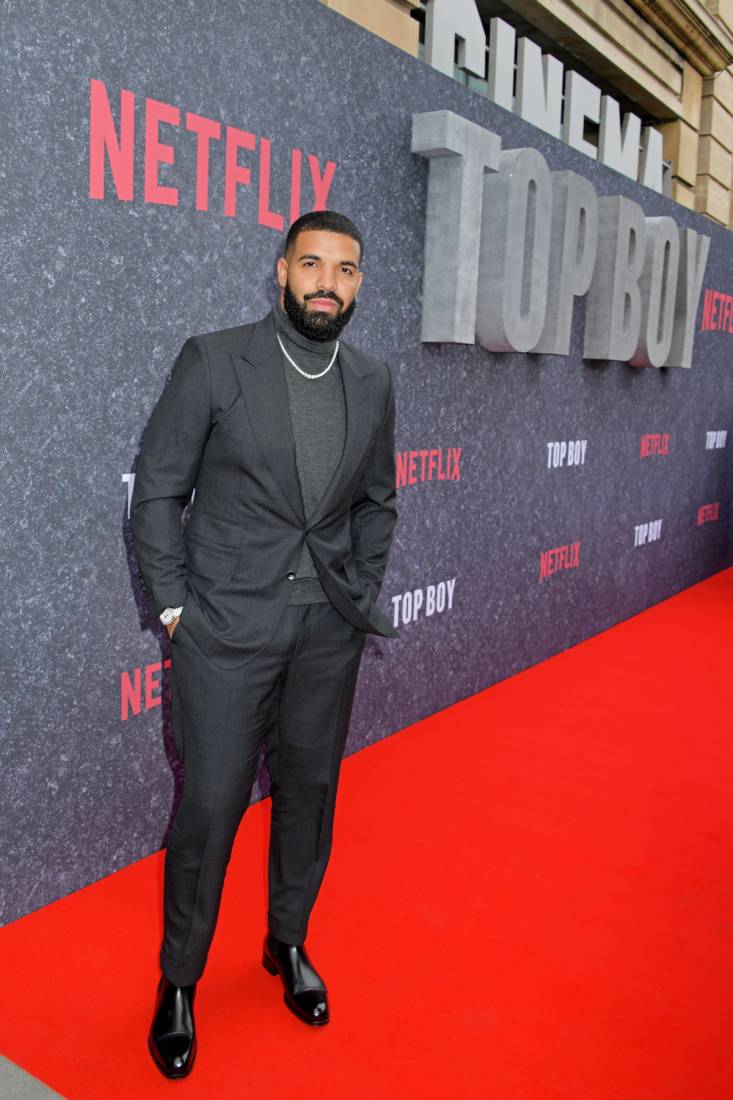 Drake took it upon himself to wear the official uniform of the Bond villain. What’s that, you ask? It’s the classic black suit – in this case with peak lapels – and a simple turtle neck. The sinister sartorial attire has long been a favourite of many a movie and television villain. It’s also our go-to look when we can’t be bothered ironing a shirt.

Can you just imagine him sitting across from Daniel Craig and saying, “Come come, Mr Bond.”? Us neither.

Helping pull together this modern villain look was the same watch Drake wore recently to a Hublot collectors event in Miami. Yes, he wore a Patek Philippe Ref. 5719/10G Nautilus to a Hublot event. Regardless, his trusty diamond-encrusted Patek made another appearance in London to complement his all-black look. 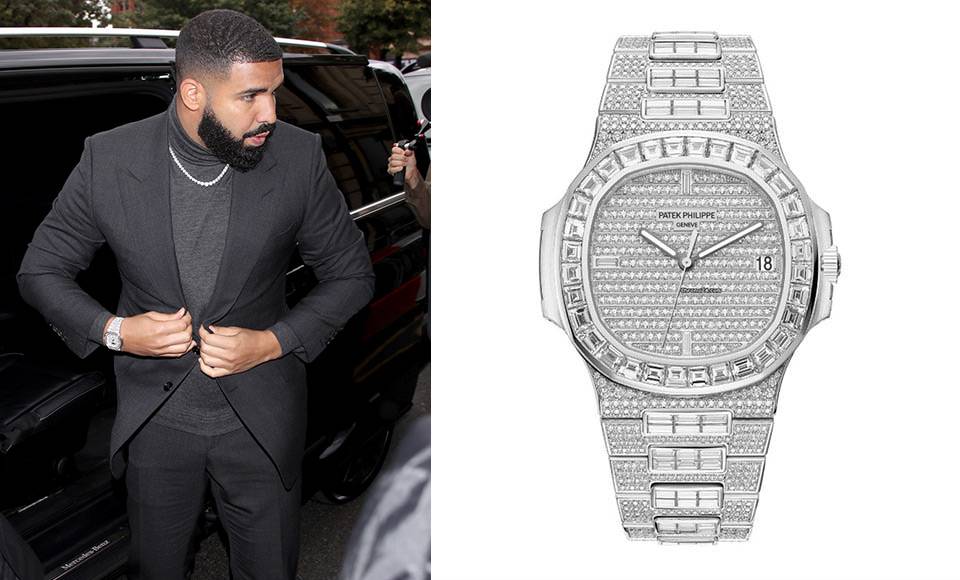