Have your carbs and eat them too. 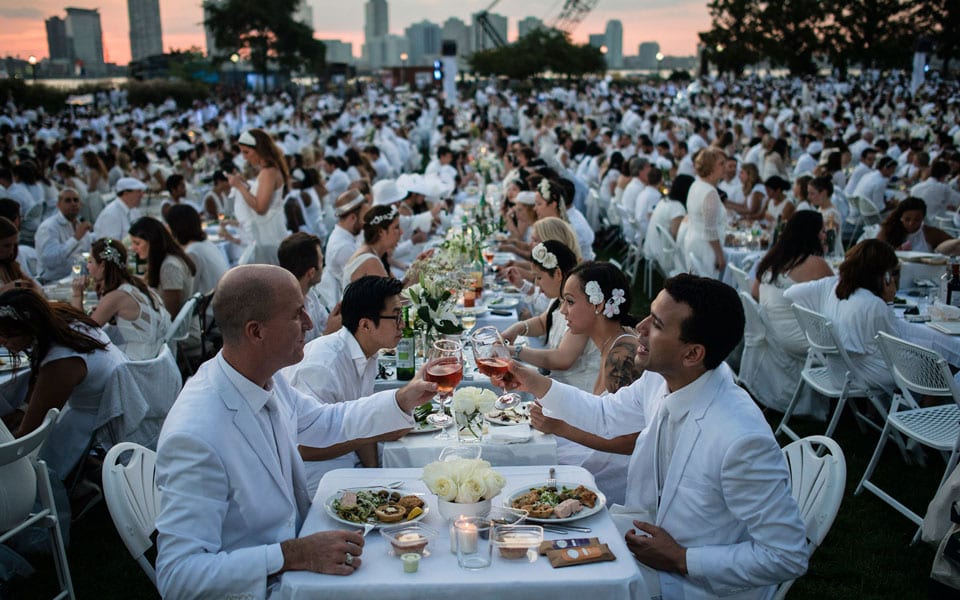 The Keto Diet is a fairly extreme departure from the conventional eating habits of most modern (and for that matter, ancient) humans. The Dubrow Diet, however, gives you more freedom, and still gives you many of the health benefits (without limiting your carbohydrate intake to less than 50 grams a day, a la Keto).

If anyone knows the value of a diet that keeps a fresh face on your debauchery, it’s a Hollywood celebrity. So it’s no surprise The Dubrow diet was developed by a reality TV power couple Heather and Terry Dubrow (Heather is from The Real Housewives of Orange County, Terry is a plastic surgeon and host of the show Botched).

While Keto has hit the mainstream in a way ‘dubrowing’ is yet to, the number of Keto to Dubrow conversion articles online is growing, and – as Americans and Australians catch onto the French version of The Keto Diet (which has various similarities to ‘dubrowing’) – The Dubrow Diet shows every sign of becoming the hedonist’s alternative to Keto.

So even though The Dubrow Diet book hit the shelves in 2018, as a trend it is au courant, having flown under the radar (the hashtag The Dubrow Diet has just 1,596 posts to its name) in comparison to The Keto Diet, which has 6,102,626 hashtags to its name, has been around since the 1920s and which has been popular since Lebron James tried it in 2014.

So, what is The Dubrow Diet? Essentially, ‘dubrowing’ is a devilish mix of keto dieting and intermittent fasting, implemented in a three-phase plan (one famous dabbler of which is Scarlett Johansen, who used it to get into shape for Avengers).

How does it work? Basically, you are given a window each day during which you can consume certain foods, with the time frame ranging from 12 to 16 hours, depending on what part of the plan (phase one, two or three) you are following.

Once you have reached your goal weight (using phase one) you then enter phase two of The Dubrow Diet; 12-hour fasts five days per week (most people choose to do this Monday to Friday) and 16-hour fasts two days a week (weekend lie-ins for the win).

Like Phase Two, but with a cheat meal allowed every week.

Heather Dubrow’s website claims that fasting for 16 or 12 hours a day can not only help you lose weight but can also lower your insulin, fight chronic inflammation, change your skin, and even activate an anti-aging cellular “self-cleaning” process.

What can you eat on the Dubrow Diet?

Unlike the Keto diet – which recommends a fairly strict formula for daily food intake (70 per cent fat, 20 per cent protein and less than 10 per cent carb) the Durbrow Diet simply emphasises eating good quality food that isn’t processed (think: all the same protein and veggies as the Keto diet, plus whatever fruit you want and a less zealous phobia of carbs).

In the first phase of the diet, you are supposed to stick to 1,000 to 1,200 calories a day, which people who have tried it say “isn’t as bad as it sounds.” As Rachael Martin, writing for Body & Soul, put it, “I found that with an eight hour window in which to consume my food for the day, I literally didn’t have time to clock up more calories than that anyway.”

Another difference from Keto, Rachael points out is that once you reach the second and third phases of the diet, “the Dubrows encourage you to work carbs, sugar, and alcohol back into your diet again (in moderation) to make the diet sustainable.”

So ready that decanter.

How easy is the Dubrow Diet to stick to?

The third phase of The Dubrow Diet appears easier to stick to than The Keto Diet – something which Rachael Martin, who tested The Dubrow Diet, can explain.

“I found the flexibility in food choices allowed on the diet made planning meals and, potentially more importantly, grabbing food on the go, fairly easy. Moreover, as a Pescatarian, the lack of focus on eating meat was a welcome change from other weight loss plans,” she wrote.

“The fact that the diet becomes a little less strict in the later phases also made it much easier to stick to. In the first weeks of Phase One when I was struggling, I knew there was a light at the end of the tunnel (and a glass of wine at the end of the week).”

Although Rachael (in our view) exaggerates the “ever growing list of suspicious (and downright nasty) sounding side effects (keto crotch anyone?)” of the Keto diet, The Dubrow Diet has its shortcomings too.

According to Healthline, the Dubrow Diet focuses on your short term appearance (read: weight loss) and slowing signs of aging “rather than improving your overall health.”

The diet also provides quite general recommendations for which foods (and how much) to eat, which less-experienced dieters might find hard to follow or – worse – might cause the inexperienced to eat too few calories.

Additionally, although cutting calories can promote weight loss, Healthline warns that “not eating enough can harm your metabolism and may cause side effects like fatigue, weakness, changes in mood, and lack of focus.”

Oh and despite intermittent fasting being generally considered safe, it’s not recommended for people with certain health conditions, such as type 1 diabetes or low blood pressure (or anyone who has had an eating disorder).

What the experts say

Accredited Practising Dietician Melissa Meier told Body & Soul she could see the short term benefits of the Dubrow Diet, but is less sure about how easy it really is to stick to.

“Overall, the Dubrow Diet is similar to intermittent fasting – however instead of only dictating when you can and can’t eat, it also has limitations on what to eat.”

“Just like intermittent fasting, it will probably help with weight loss, although its restrictions make me think it isn’t going to be sustainable in the long term for most people. I also tread very carefully with any diet that limits certain foods or food groups, as chances are, you’re going to miss out on important nutrients,” she added.