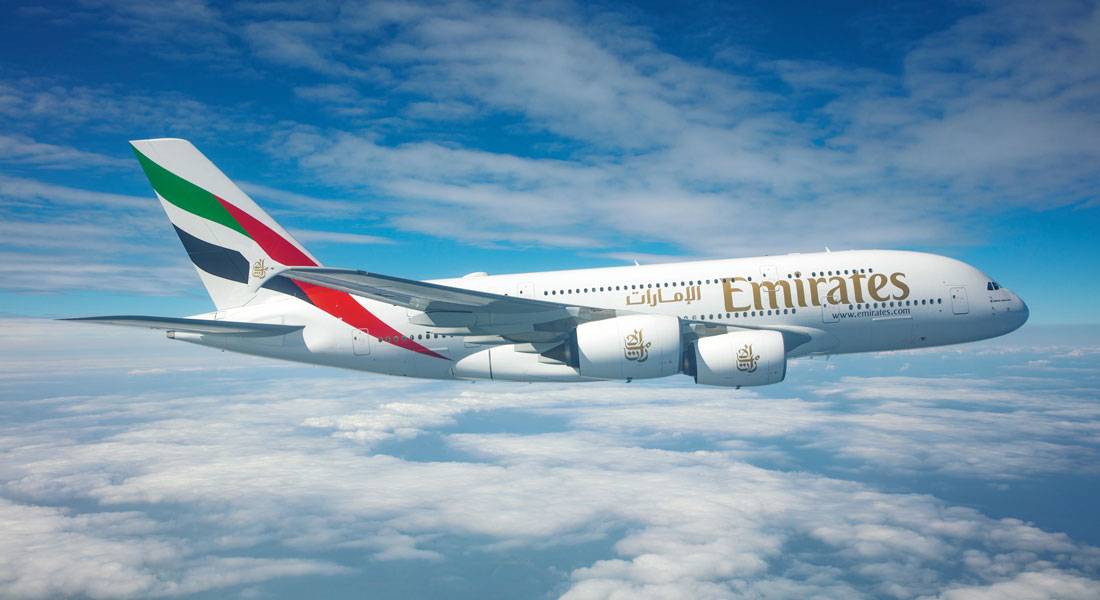 Wind-whipped deserts. The Burj Khalifa. Mammoth aquariums. Indoor ski slopes. Dubai is known for many things, but – as an Emirates spokesperson has confirmed to D’Marge – the United Arab Emirates’ flagship carrier’s “perfect” new premium-economy offering is not yet one of them – and nor will it be for some time.

While that is still set to change (see: Conde Nast’s July article “Emirates’ Premium Economy Launches Next Year”), as Emirates president Tim Clarke revealed at a press conference on Sunday, it’s not going to happen as quickly as faux-flat travellers might like.

Why? Well, although Emirates appeared ready to bring its customers a premium-economy seat in June 2020 on its new fleet of Boeing 777Xs, as Tim Clarke revealed at Sunday’s media briefing, they are unlikely to be ready on time.

When asked whether the 150-strong fleet of 777X jets would arrive by July 2020, president Clarke responded, “I would strongly suggest that it won’t,” Arabian Business reports. He then commented on the news that Boeing has pushed back the first flight of its 777X to 2020 amid problems with its turbines (a door allegedly blew off during testing), saying the issue remains unsolved.

“We still have not had sight on a resolution on that… So if you ask me when, how, and what, I can’t tell you because I don’t know,” (Arabian Business).

This means the first time customers will experience premium-economy on an Emirates flight will likely be on an Airbus A380, whose refreshed premium-economy offering is set to be rolled out in December 2020.

When asked whether this assumption is accurate, an Emirates spokesperson told D’Marge: “We plan to introduce premium-economy on a small number of aircraft next year, as we continue to work on ensuring that our booking and other backend systems support this new product.”

In other words: good news for a select few.

However, in bad news for Australian travellers looking for extra recline without splurging on business-class (and for that matter, premium-economy enthusiasts worldwide), Emirates’ spokesperson then added that a bigger rollout won’t take place until 2021.

“We will make the announcements on aircraft type and routes once we are ready to do so. We expect a bigger rollout of our premium-economy product by 2021.”

While most news outlets have focussed on what this means for Emirates (with Simple Flying critiquing the cutting-edge-carrier over – for once – languishing behind its rivals and Bloomberg writing about the “looming demise” of the Airbus Superjumbo), we’d like to take a moment to reflect on what this means for Australian travellers.

Currently, if you want to fly from Sydney to Dubai (for instance) with Emirates, and then onto one of the 161 destinations the airline hops to from there (think: Madrid, London, Paris, etc. for that impending Euro Summer trip) you currently have the choice of First, Business or Economy.

Although many airlines are phasing out first-class to make way for more business-class seats, just as not everyone can afford to fly first-class, there is a growing market of passengers who want to escape The Economy Crunch but who can’t afford to fly completely flat.

Enter: premium-economy, a never-zone which an Emirates spokesperson told D’Marge is set to tantalise more than just your spine.

“Our team is working on the perfect product that combines all of the signature elements you would find in premium economy (pitch of seat, configuration, recline, food, private toilet) done in an Emirates way.”

The exact details are yet to be released, but airline websites like Simple Flying report, “Emirates’ new premium-economy seat is predicted to be the Haeco Eclipse seat,” which is – on the airlines that currently have it – used as a short-haul business class and long-haul premium-economy product.

In other words, assuming Emirates assigns premium-economy carrying jets to the various long haul Australia to Dubai routes, Australians will be getting a short-haul business class offering for a (long-haul) premium-economy price.

Another piece of apparently surprising information is that Emirates’ A380s are being phased out as their leases expire. However, as this will take place gradually (first stabilizing at about 115 aircraft; then going down to 90-100 by the middle of the 2020s, before disappearing around 2035), the fact that Emirates is still making the effort to endow them with premium-economy still makes sense.

The main takeaway for Australian travellers looking to let their seats down (but not too much) on their world-crossing jaunts? Hold tight (or fly Qantas) until 2021, when Emirates completes their expected larger-scale overhaul, which is more likely to affect Aussie routes than next year’s, which is set to be a smaller rollout.