Why The French Are Better Lovers Than Australians

And what we can learn. 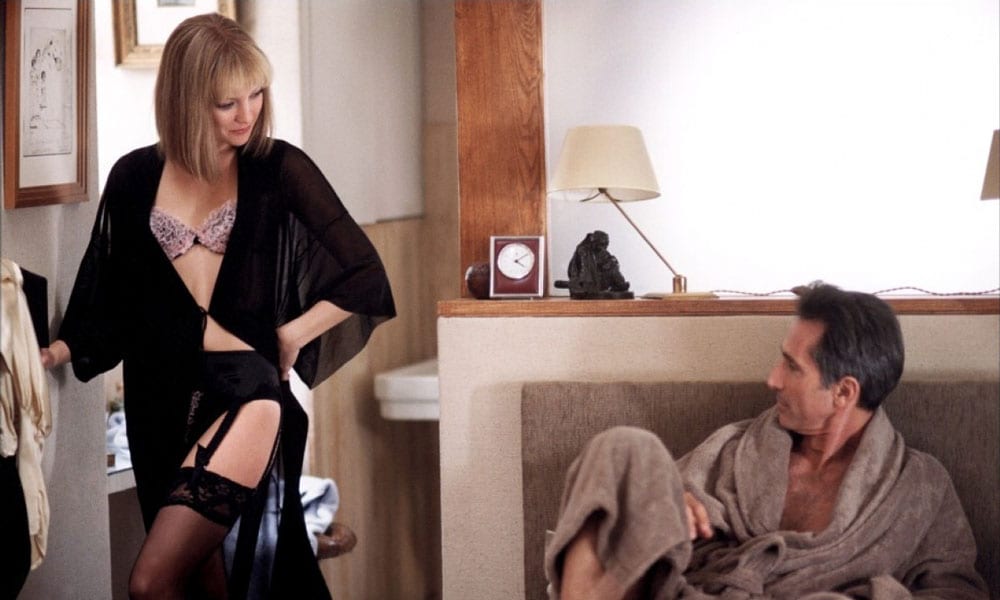 This in mind, it’s no surprise the French have been voted the world’s best lovers. And although most cliches tend to be contemptible, in this case, there’s some truth to it that we can learn from.

So here you go: here are all the reasons the French are (known for) being better lovers than Australians, along with some tips (from French dating coach Adeline Breon) on how you can steal some of their skills.

They are expert kissers

While Australians consider ‘pashing’ an activity best left to over-eager teens, the French have no qualms about getting their suckerfish on all throughout their adult life.

So: next time you want to invoke some Gallic passion in the bedroom; take your time, kiss, and – for the love of god – make sure you quaff a mint beforehand.

Sex is not a dirty word

As the Mirror reports, “Unlike for us Brits, it’s perfectly acceptable in France to have sex on the first date,” and “experts insist there are no moral hang-ups around sex for the French.”

In the same way, in Australia, if you want to try The French Way; try opening your mind to the possibility that: “It’s more than possible to have sex on the first date and even go on to marry – there is no judgement.”

They live in a romantic setting

While both countries have their industrial areas, in terms of general ambience, France is ~blessed~ with more art, history and culture than you can throw a wine-soaked baguette at.

From proposal-rich Paris to quaint La Rochelle, it’s fair to say that living in a place with sexy vibes can only be positive for one’s flair.

The fix for Aussies? Bring France to you. Light some candles. Buy a projector with a screensaver of the (old) Notre Dame. Play some Louise Attaque. The possibilities are endless.

They make your relationship (whatever it is) feel unique

As French dating coach Adeline Breon told D’Marge exclusively last year, “In France, there’s no such thing as casual dating. So if you’ve been on a few dates with someone you like: Congrats! They probably like you too.”

However, this has a flip side: if you thought you’d been having casual sex with someone, it might not be as “no strings” as you thought. As Adeline told us, “The biggest difference (between countries like Australia and France) is that “in France we don’t have this ‘casual dating period’ before any serious relationship, where it’s basically ok to date several people at the same time—and to keep your options open while you try things out with one or several people.”

“In the French culture, we only date one person at a time from day one, so we’re exclusive right away.”

The takeaway? Make your date feel special (or at least don’t check Tinder midway through dinner).

They don’t obsess over labels

Adeline also told us, “We don’t have ‘the talk’ [in France] like they do in the US [or Australia]  to decide if we’re exclusive or not” (because if you’re dating it’s assumed you are).

The takeaway? Stop asking your dates, “What are we?”, allow the mystique to flourish, and show you know how to read the “circumstances” of your relationship.

They are confident in the bedroom, and they communicate

This means that, in France, “When it’s going to be super casual, things usually happen very fast—or they don’t happen at all,” Adeline told us. And while every relationship – in any country – beats to its own drum, this confidence in one’s sexuality and ability to communicate to your partner what you want is invaluable.

Getting naked is not as big of a deal

As we wrote earlier this month, the quickest way to spot an Australian tourist in Europe is by their tan line. This isn’t something the French worry about: both men and women are happy to go topless when they’re sunbathing and no one cares.

This relaxed attitude has another benefit; the French don’t expect their sexual partners to look perfect. Embrace this, and your next hook up could be much less stressful (and a lot more fun).