Justin Bieber Spotted Wearing Shoes No Self-Respecting Adult Should Own

Wearing crocs outside the house is either a power move or a fashion atrocity worse than socks and sandals. Unfortunately for Justin Bieber – no stranger to the D’Marge style pages – his latest ‘I don’t care’ street style look is more ‘mandals’ than Big Rubber Energy.

Do we exaggerate? You be the judge: Bieber was spotted in downtown LA wearing an all-black ensemble with white shoes while walking to his car. Now, usually we are fans of elevating a look with white shoes, but not when that footwear is crocs.

Yes, you read that right: the Canadian singer who is reportedly worth $265 million was seen wearing $70 white Clogs. 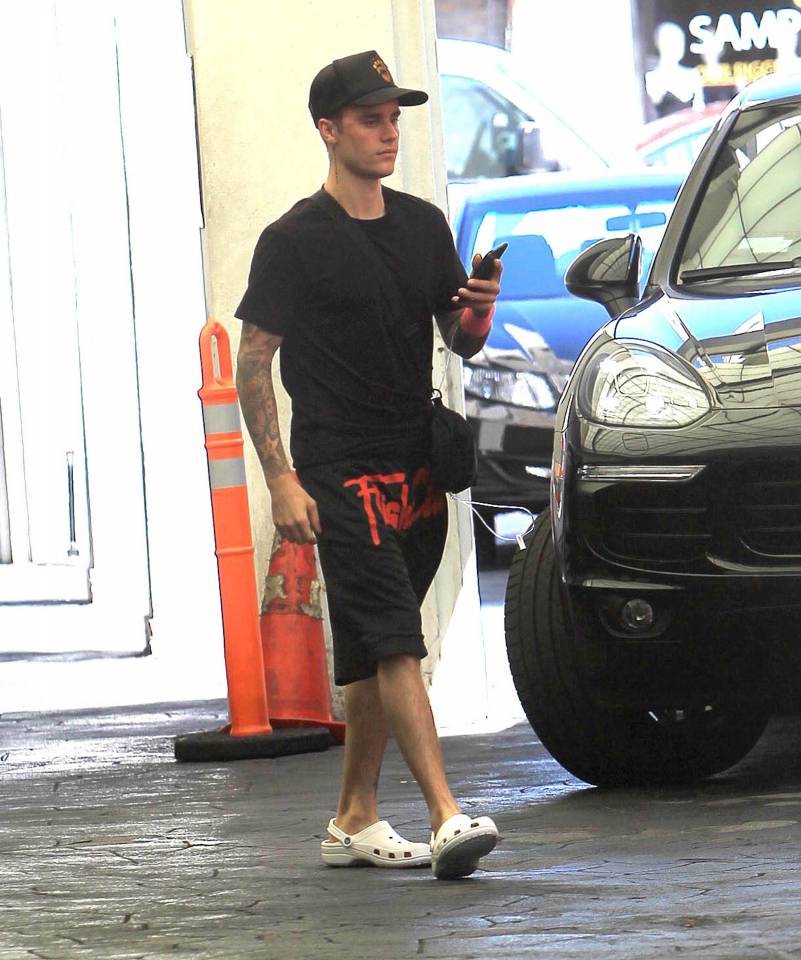 And it’s not the first time; on Friday Bieber was seen leaving the doctors wearing an all-grey outfit complete with grey crocs. While Bieber made the even worse style choice of pairing them with matching grey socks on that occasion, the worrying takeaway from this saga is that the singer clearly has more than one pair of crocs available to him.

Man of God… and Crocs

The bizarre footwear has been universally panned, despite being a crazy profitable business, but celebrities including Kayne West, John Cena and Jared Leto have all been seen rocking the shoe wear. Leto has even been wearing them since as far back as 2006 and even singer Post Malone has recently teamed up with the brand to produce ‘Posty Crocs’.

Defending crocs is a weird flex but those that do label the shoe as ‘comfy’ and good for the feet, with the last statement being found incorrect by podiatrists. This office cannot vouch for the comfiness of the shoe as we would never be seen in them. At the very least on this occasion Bieber chose to wear the white clogs without socks, making them almost seem like a last-minute decision. In any case, if you for whatever masochistic reason want to buy them, they can be found here.

The Baby singer completed the look with a simple black t-shirt, Flight-Club basketball shorts to the knee and a large satchel bag thrown over his shoulder. The pop-star has become better known for his fashion ‘choices’ than his songs lately, as he hasn’t released an album since 2015 and instead can be seen collaborating with the likes of Ed Sheeran and DJ Khaled.

Please return to music Bieber, anything is better than more of your street style.