OBJ Actually Wore A $425,000 Watch During His NFL Debut For The Browns 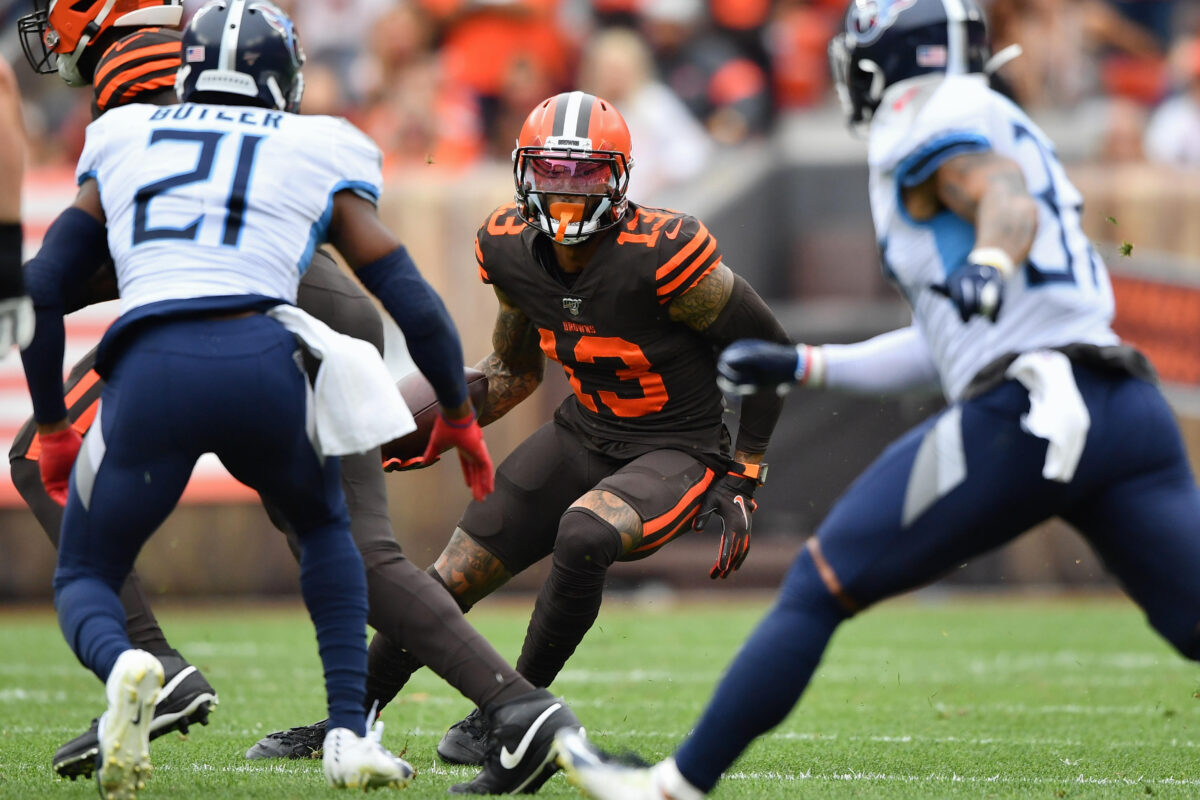 CLEVELAND, OH - SEPTEMBER 08: Odell Beckham Jr. #13 of the Cleveland Browns looks for running room after catching a pass in the second quarter against the Tennessee Titans at FirstEnergy Stadium on September 08, 2019 in Cleveland, Ohio . (Photo by Jamie Sabau/Getty Images)

OBJ isn’t one to be a wallflower when it comes to style and flashing cash. That’s why it should come as no surprise that when he stepped onto the field today against the Tennessee Titans at FirstEnergy Stadium he was rocking a Richard Mille watch.

Now, this is not the first time a superstar sportsman has done so. The Richard Mille brand is built on high-performance athletes playing hard and fast sports so the watches are made to withstand anything these guys throw at them. Rafael Nadal is just one of these athletes who is always seen on centre court wearing his signature RM27-03.

Tennis, however, is not exactly a contact sport like NFL (I can’t see one of the Tennessee Titans opting not to tackle OBJ because of his expensive watch).

In fact, I would probably want to sink him that much faster for showboating the RM-11 03 Manual Winding Tourbillon Split-Seconds Chronograph McLaren F1 edition, which happens to be the same orange as the Clevland Browns (a match made in expensive heaven). 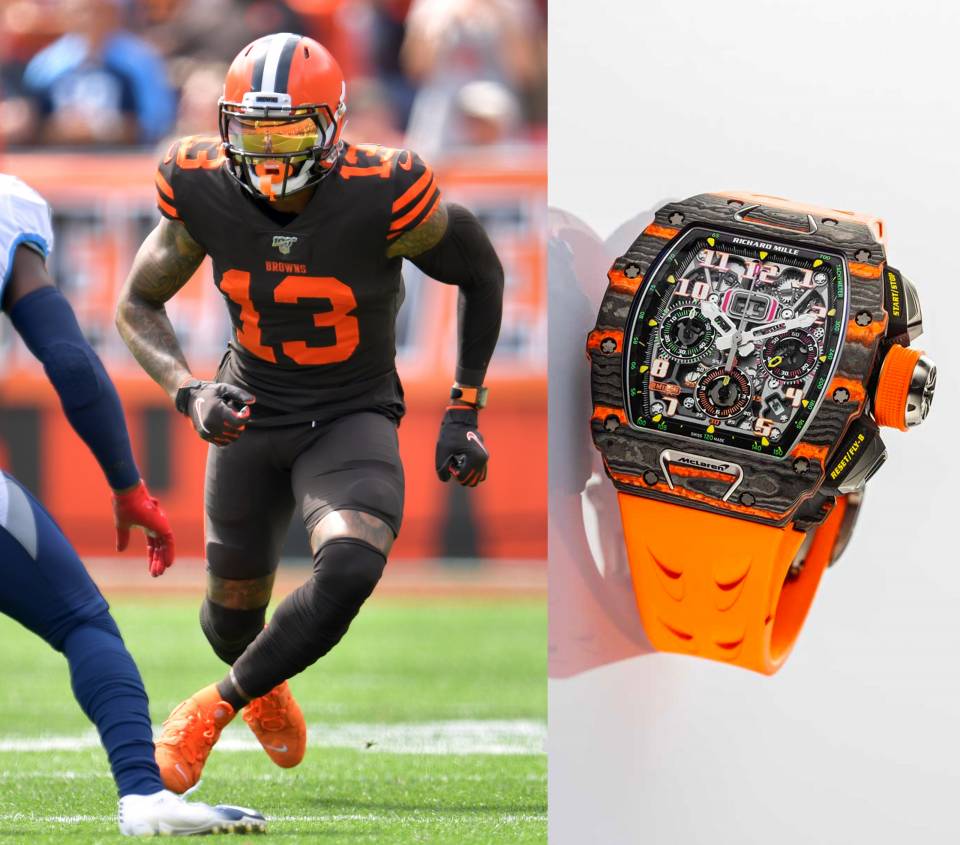