Stepping out of your parent’s shadow is something that most people strive for but imagine if the shadow being cast is 113kg and stands at 6’1″. How do you step out from that? Well if you’re Patrick Schwarzenegger you give them something else to look at.

And give us something else to look at he did indeed, Patrick walked the red carpet at the 2019 Beyond Fest opening night premiere of his new film Daniel Isn’t Real at the Egyptian Theatre in Hollywood in a smart casual outfit that got everyone talking. To step out of the not insignificant shadow cast by his father, Arnold Schwarzenegger, Patrick has chosen to become known for his outfits rather than for any overbearing muscles. Arnold, of course, needs no introduction, the former strong-man turned actor turned Governor is known around the world for his large muscular presence and Patrick has smartly chosen to become known for his style choices.

Not just a model, Patrick is also an actor having appeared on TVs Scream Queens among other projects and at his latest premiere, the actor wore a baby blue Saint Laurent Teddy Jacket made from full-grain leather and wool. The varsity style bomber was paired with a simple white v-neck shirt, slim fit black trousers and white sneakers. 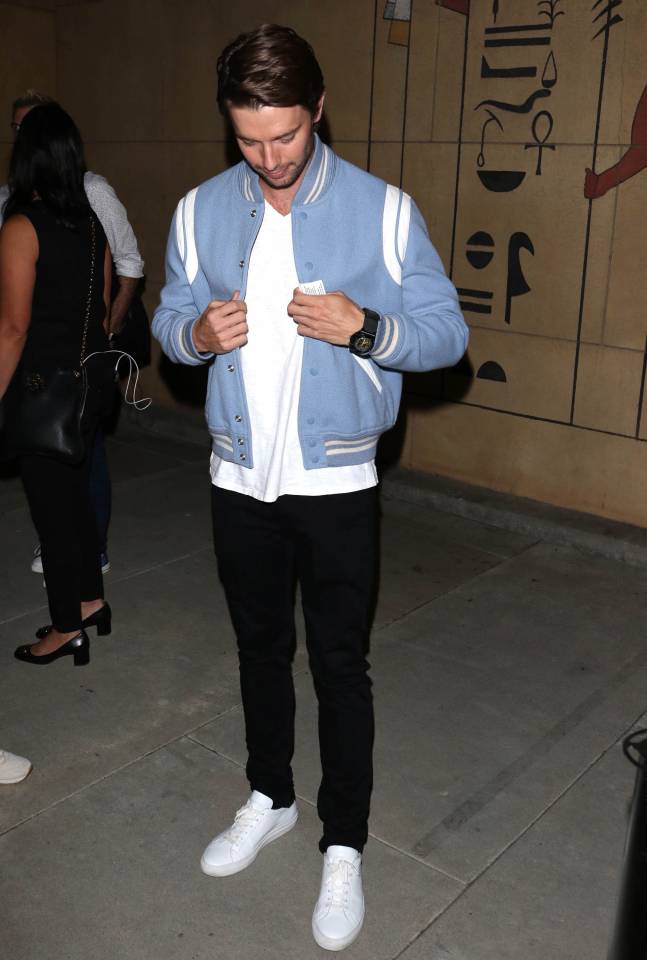 The look is effective on the star and is a far cry from his more outlandish, yet still alluring pink outfit that he was seen wearing earlier this month. Patrick attended the Savage x Fenty show at New York Fashion Week at Barclays Center at the beginning of the month in a Siesmarjin shirt and pants. The Sander Fluid Cord Shirt and Alex Pant in Fuchsia made out of corduroy and is the Creative Directo Sander Lak’s namesake shirt. It is a bold choice for anyone to wear but luckily Patrick has the charisma to pull it off. 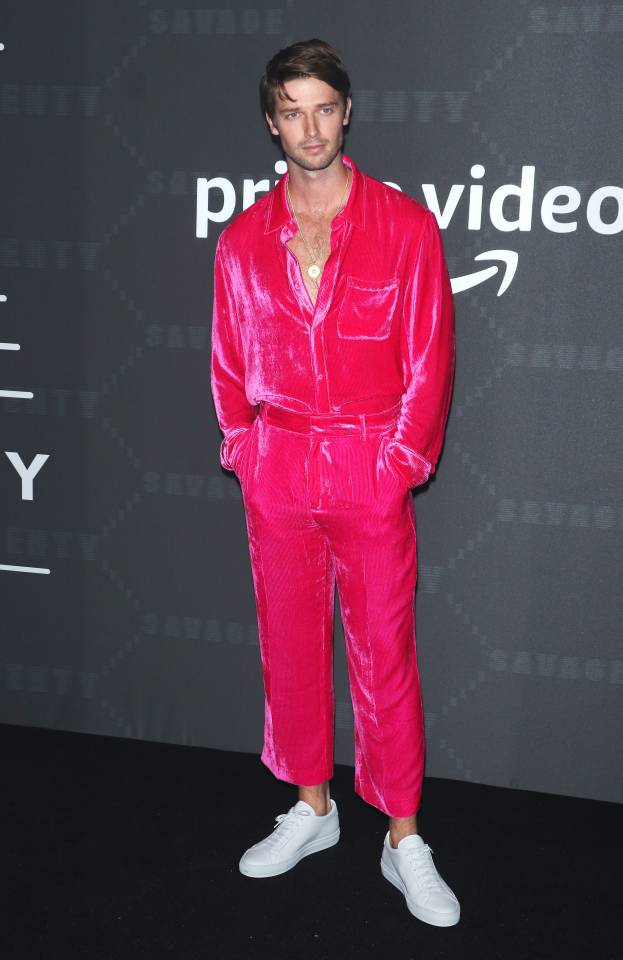 Patrick wore the shirt mostly open to show off a bit of chest, something the star is prone to do according to his Instagram. It is also clear from the gram that Patrick has a sense of style, and none of his wardrobe is thrown together at the last minute and fortunately there are no cringy bodybuilding poses either.