Tom Hiddleston rocks up to the Ed Sullivan Theatre in New York ahead of his appearance on The Late Show with Stephen Colbert in a triple blue number from Ralph Lauren. The triple-threat Navy Blue suit is straight off the runway and isn’t even available to the public until next year.

Hiddleston appeared on the show to promote his Broadway debut in Betrayal, which previously had a sold-out run on London’s West End and kept it on into the evening where he was spotted at the American Theatre Wing Gala. No stranger to Ralph Lauren, Hiddleston can often be seen on the red carpet wearing the latest looks from the design house.

The Spring 2020 campaign from Ralph Lauren is all about combining the same colours, with another example in the collection being a triple bone-coloured suit. The peated lapel suit is worn with a half-Windsor knot. It is unlikely Hiddleston will wear that any time soon as the famously ginger actor often favours blue as his suit colour of choice. However, these suits don’t come cheap, with Ralph Lauren Purple Label suits retailing around $5000. Better start saving. 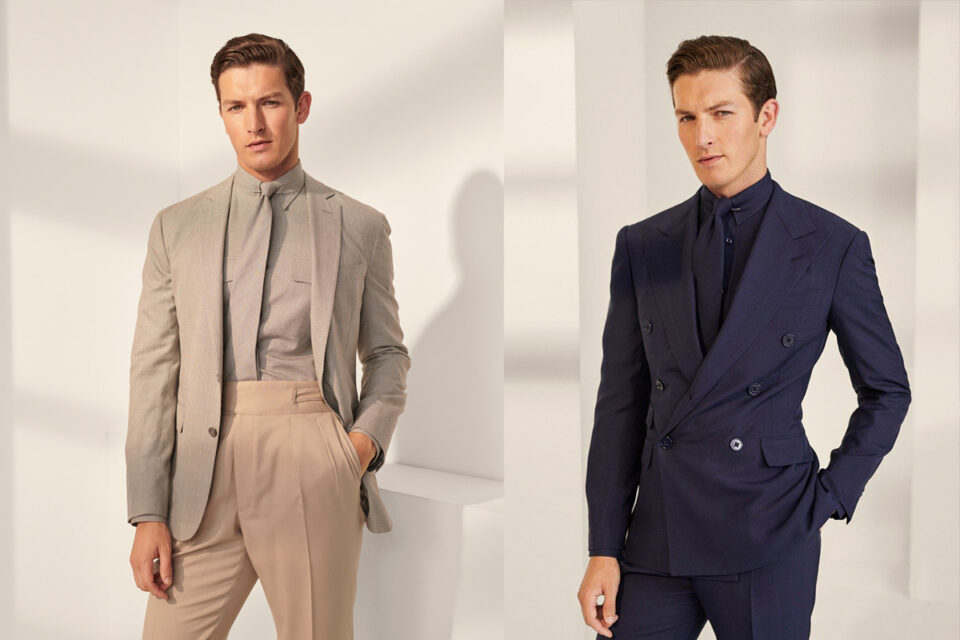 Blue is a favourite of many famous redheads including Hiddlestone’s fellow countryman Prince Harry. The actor last stepped out in a Ralph Lauren midnight blue suit at the premiere of his Broadway show where he paired a blue suit with a coordinated tie and classic black oxfords.