The Awkward Truth About Conor McGregor’s Return To The UFC 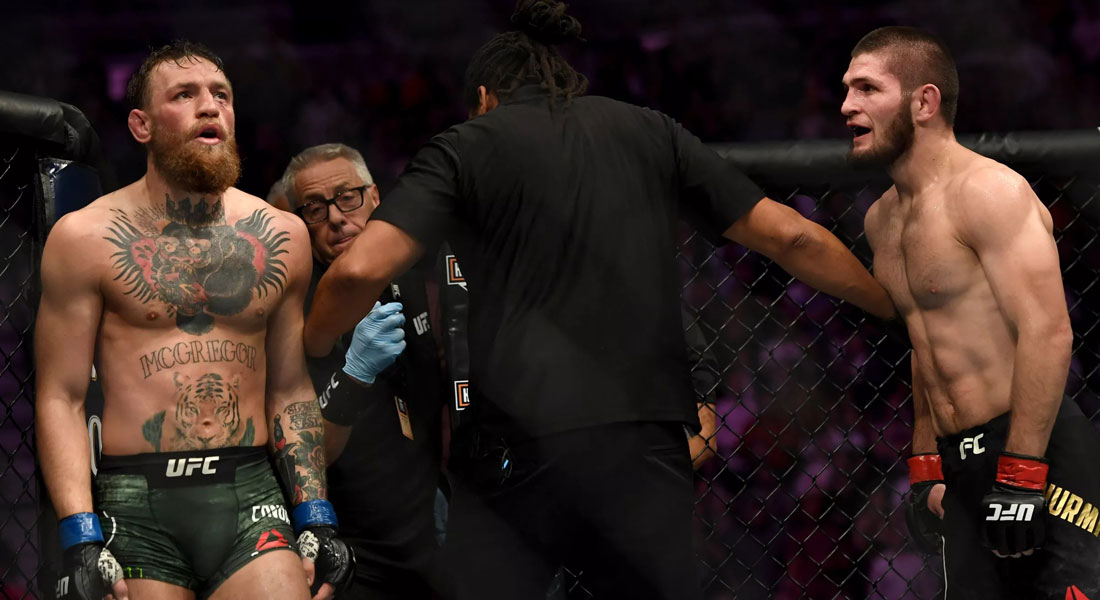 Conor McGregor hasn’t fought in the UFC for over a year, but “The Notorious” is now set to step back into the Octagon at least three more times, starting on the 19th of January, 2020. The only problem is, though he is as cocky as ever, both fans and MMA veterans are questioning whether he can still put his money where his mouth is.

Conor’s last fight in the UFC resulted in a fourth-round loss to Khabib Nurmagomedov before a brawl broke out inside both the cage and stands.

McGregor has made his desire for a rematch clear on numerous occasions, but this time told media he wasn’t going to wait around for Khabib to say yes.

“The people of Russia deserve this inevitable rematch [against Nurmagomedov] to take place here in Moscow and it will happen… However, I’m not waiting around for that man.”

“That man [Khabib] is a known pull-out, a known fearer of risk… so I’m not waiting around. I’d like to announce to the public the return of ‘The Notorious’ Conor McGregor will take place on January 19 at the T-Mobile Arena in Las Vegas, Nevada,” McGregor announced last night at a press conference in Russia.

“That is my comeback fight. It is 12 weeks this Saturday. I am in prime physical condition. I have agreed the date with the company. As far as the opponent, I have the… name, but from experience if I was to give you the name I know the UFC would flip it because they are a crafty company. So ask the UFC who the opponent is, because I do not give a f*** who the opponent is.”

ESPN reports the most likely candidates to fight Conor in January are Donald Cerrone and Justin Gaethje.

Of course, McGregor would need to win two difficult fights in order to even get that opportunity – something he appears confident he can do. However, comments from both fans and UFC experts suggest the Irishman left some crucial information out of his, “I am going to go through the entire roster like a chainsaw through butter,” claim.

He sounds so rehearsed and lacking that swag he use to have. He is seeking the ufc to rebuild his name again. He’s a tarnished coke head with an allergy to the word no. I hope he gets embarrassed in his comeback. Too many in the ufc fight to be respected and this dude is trash

MMA veteran Chael Sonnen, for instance, told Express.co.uk, unless McGregor improves the “small details” of his fighting, he is unlikely to come off best in a rematch against Khabib, regardless of how fit he is. And he wasn’t the only one to notice that, with some fans now taking issue with McGregor’s comment that he will come into next year “sharp, fresh… [and with] no injuries,” as it appears to make excuses for previous defeat.

In Conor’s defence, despite his arrogant antics (see: his various legal disputes over bus-wrecking and old man-punching), he has shown humility in the face of defeat, tweeting “Good knock. Looking forward to the rematch” when he lost to Khabib, and even praising Mayweather’s overall fighting skills (something he had previously mocked), after losing their multi-million dollar boxing match.

So are his latest comments proof – as many UFC fans now claim – McGregor has changed from cocky-but-loveable to arrogant-and-past-it? Is it a Freudian slip that suggests Conor truly believes he is better than Khabib, but was physically unprepared for their last fight? Or is it just a humble promise to be better this time around, in a bid to amend his reputation as a serious fighter as well as a serious shit talker?

Only the Octagon will tell.