Not all trackers are built the same. 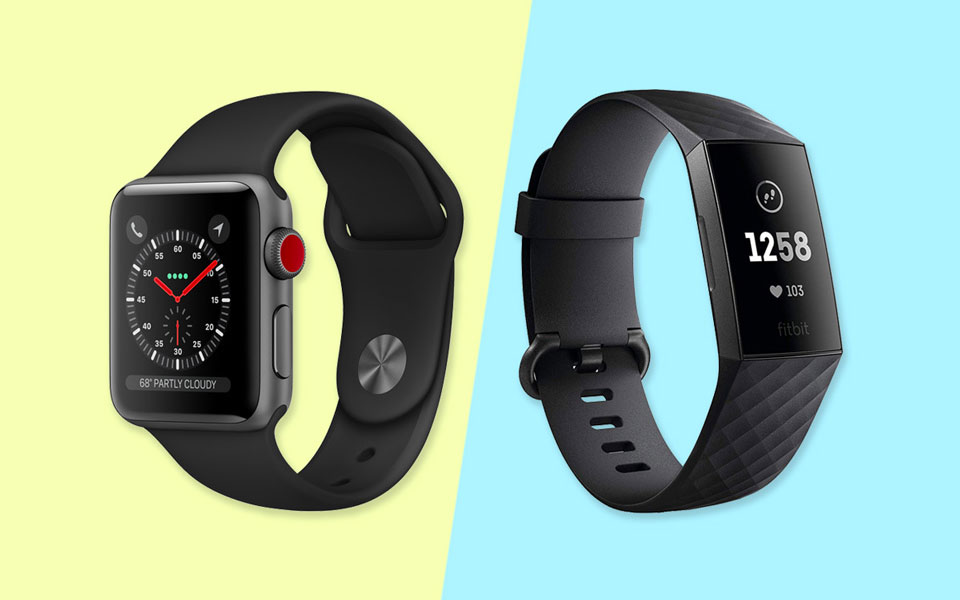 I’ve long been a lover and hater of the Apple Watch. I love its design and functionality and just how much it packs into the smartwatch. On the flip side, I hate charging it every night which I almost always forget to do. It’s also not exactly the coolest device a man can wear. I’ve even heard the Apple Watch referred to as ‘a contraceptive for men’. A bit harsh, as it’s a beautifully designed device, but let’s face it, it doesn’t have the same joie de vivre that say a Rolex or IWC watch would have.

Then we have the Fitbit. A device which I always believed was just for kids and mums who like to count steps. I swore at no point was I ever going to wear one. I’m man enough to admit I was wrong.

I recently decided to give up on the Apple Watch and make the switch to Fitbit. Why? I wanted to track my activity 24/7 without having to wear two watches (that and charging every night just got boring).

Are Fitbits a rival to the Apple Watch? Are they even in the same league? Maybe kissing cousins? Yes and no. Let’s investigate.

Wearing two watches, no matter how cool you think you are, will always look whack.

When I first contacted Fitbit, this was the main reason for wanting to try the device. I wanted a fitness tracker that did nothing more than track my heart rate. Small and unassuming, something that I could wear all day on one wrist whilst wearing my mechanical watch on the other. Fitbit did offer their latest Versa 2, but it looks like an Apple Watch, so no dice.

The Fitbit Charge 3 is definitely not a watch.

Thankfully the Charge 3 doesn’t look like a watch. Which is why we chose it. The long rectangular design means it’s quite clearly a fitness tracker. It means I can wear both a watch and the tracker without looking like an idiot.

Charging the device once a week is preferable.

Apple clearly says the watch is not meant to be worn at night. But still: it would be nice to not have to charge it every day. The Apple Watch 5 may give you 18 hours screen time but it still means you have to find some awkward time to charge it. No doubt you’ll forget as well and it will run out in the middle of a workout.

Getting an email reminder to charge the device is even better.

Not only does Fitbit send a reminder email; the charge is quick too. We recommend putting it on the charge whilst cooking dinner or watching TV. Last thing you want to do is miss your steps or workout.

I spend more time checking the clock on the Fitbit Charge 3 than my mechanical watch.

Turning off all notifications means there are fewer distractions.

Within the Fitbit app you can turn on message notifications. Nice in theory, but it soon gets annoying. If you want the device to be seen and not heard, we would recommend turning them off.

Don’t believe us? Well in a recent feature we look at a comparison between tracking calories vs. steps. Steps will keep you more honest as they are unforgiving – but we all make excuses for calories. Just think about why you don’t track your desk snacks.

Tracking exercise is a bit of a pain in the ass on the Fitbit.

Apple’s very basic but very useful exercise tracker is our preferred application. The Fitbit exercise selection is limited and a little frustrating to access quickly.

Sleep tracking is my latest addiction. But it has not yet helped me improve my sleep. In fact, it sometimes means I’m more aware of a bad night’s sleep.

This has been a big focus for us, and has become a daily ritual of checking sleep each morning. Which is theoretically great, but can also make you a little crazy (you can feel fine, but the Fitbit says you slept like sh*t).

Sleep Score is genius but I feel it’s still early days in its development.

SleepScore is a great way of tracking sleep in a nice little number. Try as we might, we’ve not seen a score over 80. Even with a cheeky sleeping tablet. Our editorial team will be chatting with the Fitbit sleep team soon so watch this space.

The Fitbit screen light turning on in the middle of the night.

An annoying feature (but one which can easily be turned on and off).

Heart rate tracking whilst exercising never seems to match that of the Apple Watch.

One thing we did notice was a slight variance in heart rate between the two devices. The Fitbit does seem a touch more modest when calculating heart rate during high-intensity exercise. This may be all in our head (but it was noted).

Fitbit doesn’t do much in comparison to the Apple Watch. Apple really has packed so much into their watch.

As mentioned earlier, if you want a smartwatch then the Fitbit will never be for you. The sheer number of features packed into an Apple Watch pales in comparison to the Fitbit. The Fitbit is just for dudes who want – or dream – about one-day having abs.

If you’re a non-iPhone user, the Apple Watch can be a bit pointless.

After switching from iPhone to Pixel I found the Apple Watch to be a bit difficult to keep updated. The device was always looking for the mothership, which is just painful. That said, I went back to the Apple Watch for the City2Surf race because it had all my music on the device.

Payments are a little pointless.

If you’re like me and want the bare minimum with your fitness tracker; skip the Charge and get the Inspire. It’s even smaller on the wrist, has all the features but no contactless payments. No biggie. Why? Because you will have your phone on you most of the time.

At the end of the day it comes down to what you want from a device. If you want your phone on a wrist then stick with the Apple Watch 5. If you just want an out of the way tracker then Fitbit is the way to go. For me, I like my mechanical watches so a Fitbit just makes the most sense.