The subtle art of eating all the chips. 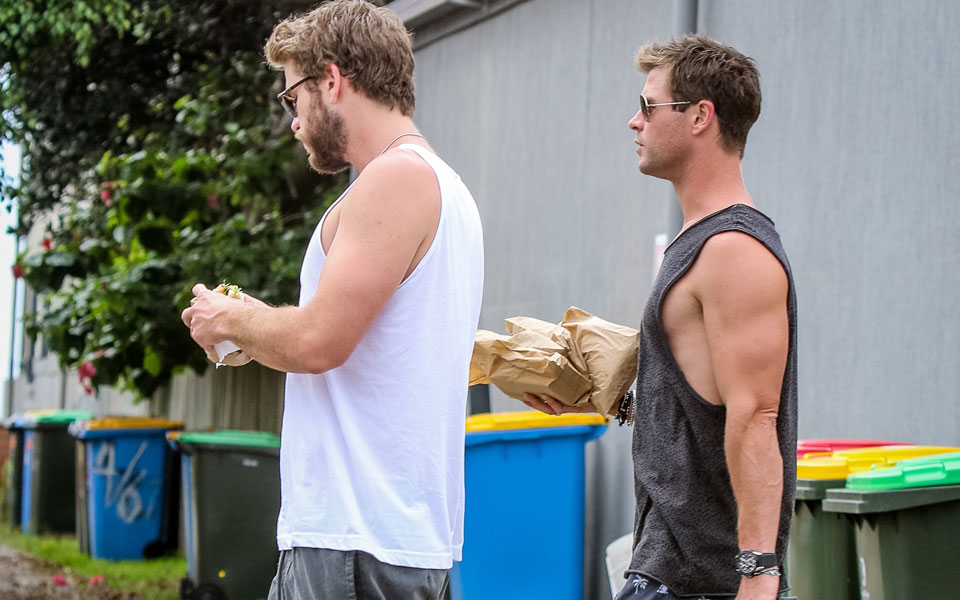 We all aspire to Chris Hemsworth’s sleek rig and Hugh Jackman’s thick-cut frame. But what really separates them from their Hollywood counterparts is their ‘irreverent chic’ – an asset no low carb regime is ever going to provide.

So: how do you indulge while maintaining a physique that puts the gods (both Nordic and Canine) to shame? The answer is not in smashing fried chicken every day. But you already knew that. What might surprise you, however, is that the answer is to eat – no, enjoy – fast food every now and then.

Enter: guiltless indulgence, an art centuries in the pan (particularly in Spain), now gracing American and Australian shores. This dietary technique is finally making a resurgence, and today we have The Fitness Chef (also known as Graeme Tomlinson), an evidence-based nutrition coach to explain it. Welcome to the subtle art of eating all the chips.

“Clean eating trends… distort many relationships with food in 2019,” Graeme begins. “No food cleanses you as you consume it. And no food rubs dirt on your face as you enjoy it.” However, over the years, many celebrities and “health-themed recipe books”  have convinced consumers they will be “lean and healthy” if only they follow their diets with religious zeal, Graeme says.

“Such recipes may be… inspiring… palatable… [even] nutritious, but such content is still bereft of important explanations around basic nutritional foundations. For example: calorie/macronutrient relevance, [which are] both… barometers that can improve one’s understanding of their diet.”

According to Graeme, rather than aiming for micro-nutrient perfection we should “evaluate the food we eat objectively.” To illustrate he compares a raw cacao slice (a ‘healthy substitute’ for a chocolate bar, promoted by a celebrity influencer), and three mainstream chocolate bars.

“Whilst there may be more micronutrients, fibre and whole food ingredients in the single raw slice, the calories are virtually equal to that of 3 chocolate bars. Yet one is unconditionally idolised whilst the others demonised, purely because in the one eating episode they do not offer the same micronutrients.”

“Consuming quality food is definitely important. It does correlate with fat loss, but it does not define it. Quantities of calories consumed does, regardless of food type,” Graeme adds, before posting the following Betoota Advocate worthy story to bring his point home in side-splitting style.

Peter is shopping for an engagement ring for Monica with his dreaded elder sister, Chantelle. A self professed wellness coach and oracle of current events. It’s time for refreshments.⁣ ⁣ Peter realises he hasn’t been to McDonald’s for 8 months. As he gravitates towards the golden arches, his sister confronts him with a set of poached eyes, boiling with contempt. “Eeehhhh what do you think you’re doing f*ckface?”⁣ ⁣ “WHAT did I tell you! THAT is full of sh*t!IT’S all chemicals. ALWAYS eat whole foods. DID you not watch supersize me?”⁣ ⁣ They arrive back at the car with Chantelle pointing to her 100g fruit/nut mix and smoothie she picked up from Tesco. She proclaims, “this is fat loss food packed full of goodness and protein. It’s not like that stuff you’re about to KILL yourself with!”⁣ ⁣ Peter’s first McNugget and sip of coke are enjoyably negotiated. Chantelle glares and utters, “you’ll get fat again and Monica will leave you”. Peter replies, “But I’m in control of my diet. I manage micronutrients for overall health, calories for composition and protein for satiety.”⁣ ⁣ He continues, “I enjoy McNuggets and Coca-Cola sometimes and today they fit my nutrition goals. So with all due respect, your claims are wild. In isolation, 598 calories and 24g of protein is more suitable for my goals than the 804 protein sparse calories you’re proposing. As you’re a coach, I would have hoped you’d know this.”⁣ ⁣ Mouth wide open in shock, an almond makes its way from Chantelle’s enraged lip towards her crest fallen lap of ‘health’. “How dare you question me! Do you have qualifications? Didn’t think so you f*cking rotten monkfish and cat piss salad.” ⁣ ⁣ In the unusual Autumn heat, Peter comes up with the perfect antidote to hostilities. He removes his jumper to reveal a t-shirt which reads “Mcnuggets 4 lyf” and turns to his sister, impersonating the night king raising the dead. What remains of their engagement ring search remains to be seen. 🔥 ⁣ -⁣ -⁣ #caloriedeficit #superfood #calories #fatloss #nutritioncoach #fatloss #diettips #dieting #mcnuggets #snack #protein #weightloss #flexibledieting #nutrients #fatlosstips #smoothie

He then posted further graphics to help his followers understand which fast foods are better than others – which should come in handy with the Christmas holidays just around the corner. First up was Macdonalds…

… which was closely followed by Nandos.

While some question Graeme’s style, it’s hard to deny he is effective, with feedback from his fans suggesting there is real value to his insights: “When I used to judge food as ‘good’ or ‘bad’ I would think I have ‘fallen off the wagon’ if I had a ‘bad’ food even if it was just a couple hundred calories,” one woman wrote in the comments below one of Graeme’s posts.

“I would then tell myself that I’ve blown it so I may as well eat whatever and start over again tomorrow or Monday if it was a Friday. After learning about flexible dieting and the caloric value of different foods I realise that I likely hadn’t blown it and if I had eaten the ‘bad food’ without judgment I likely would have enjoyed it without guilt and moved on.”

Your next burger awaits.