“Portofino is for the Americans. Camogli is for us Italians.” 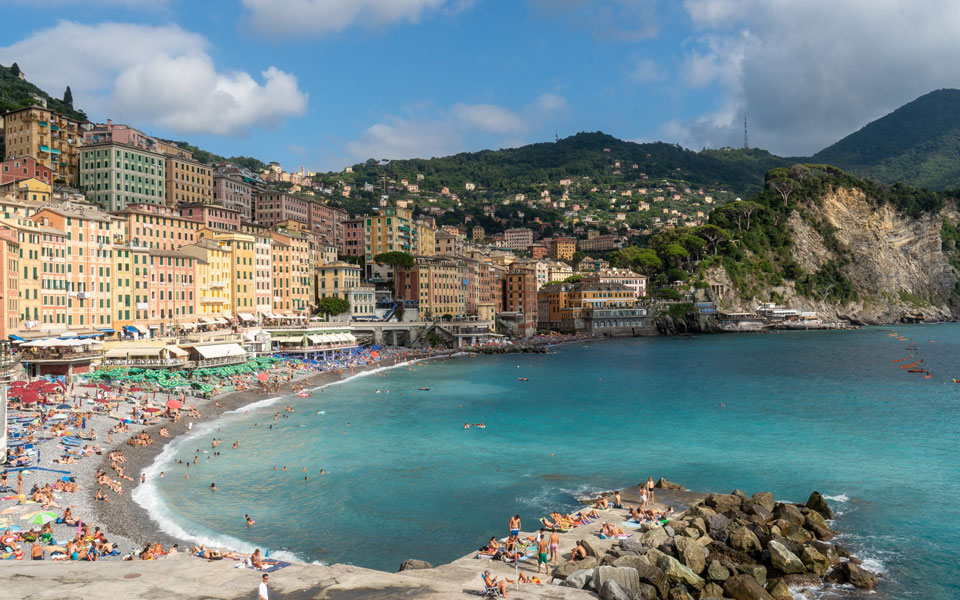 Tanned young people. Vespas. Cliques of old women. Tobacco shops. Old men playing cards. Stepping into Camogli is less like going back in time, and more like tasting the future of travel: living like a local.

But before you fall in love with the Italian Riviera’s neglected middle-child (Camogli has approximately 260,000 Instagram hashtags to its name, while its cousin Portofino has over 853,000); allow us to provide a little context.

While everyone knows about Portofino and Cinque Terre (to the point where travellers are now learning local slang with the specific intention of scoring a date), and even as tourists plunder beyond Rome and Venice seeking out hotspots like Polignano a Mare there are still a few covetous coves where you can say ciao to the crowds.

Enter: Camogli: a classy Mediterranean locale, which – apart from one recent incident where a pair of French guests attempted to blackmail a luxury hotel – has remained a sanctuary along the Italian Riviera, all the way up and through Facebook, Pinterest and Tumblr’s heydays.

As The New York Times’ Sebastian Modak recounts hearing in Camogli, “Portofino is for the Americans. Camogli is for us Italians.”

While Instagram (which is currently, if Bloomberg figures are correct, blowing up harder than 79A.D. Vesuvius) is making a habit of drawing backpackers further and further afield and even as Camogli is featured in The New York Times’ 52 Places to go in 2019 list, it somehow remains a locals-only gem.

In the words of @sebmodak: “I will never forget the first time I saw Camogli from the sea. The tall, narrow buildings, each a different pastel shade, were stacked improbably up the steep hillside. The electric blue of the Ligurian Sea was counterpoint to the reds, yellows and oranges of the seaside buildings.” In his latest #52Places dispatch, Sebastian explores Italy’s Golfo Paradiso. Read more by clicking our bio link. Photo by @sebmodak. #🇮🇹

Why? Camogli, which sits aboard the Golfo Paradiso, is not as iconic, which means it is, “Often overshadowed by its hugely popular neighbours [Portofino and the cruise ports of the Cinque Terre],” (The New York Times).

The New York Times also posits that Golfo Paradiso is a “try-hard moniker that [makes this stretch of coast sound] like an all-inclusive resort rather than a string of centuries-old fishing towns” which deters Instagram culture posers from visiting.

“Over six days hopping between its five towns, I only heard one American accent. The tourists I did encounter were largely Italian families from Genoa and Milan, hitting the rocky beaches for some summer sun.”

But much like the $24 pizza and red wine down your local Italian joint, we reckon sometimes simple is better (who want croutons, anyway.) Capische? It might be time to start practising your Italiano. Anyway, if that sounds like you, here’s the D’Marge guide to Camogli.