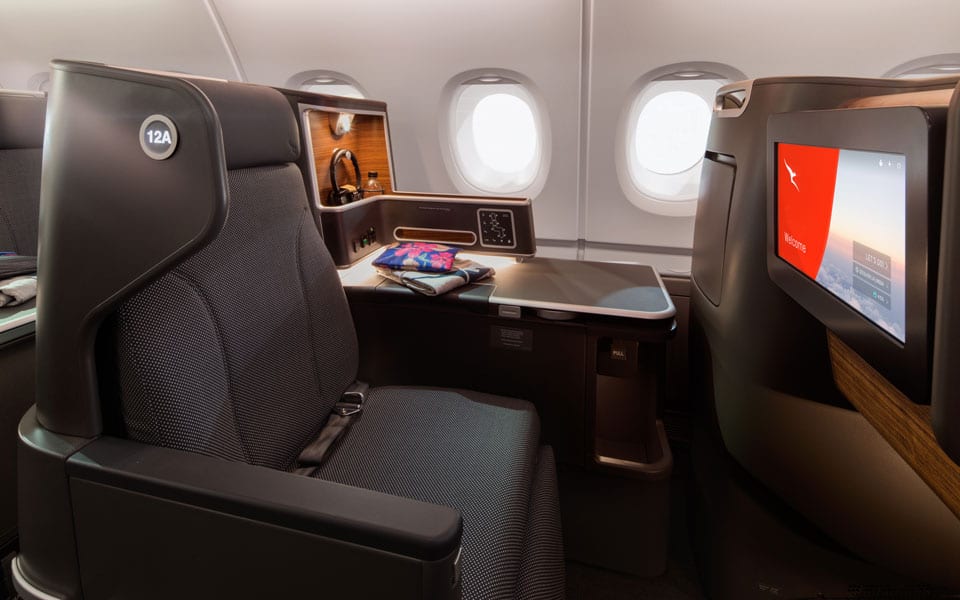 Like a 50-year-old man with a Ferrari, Qantas’ mid-aged A380 jets just got a new lease on life. Why should you care? Well, if you like your champagne cold and your business-class lavish you’ll be happy to know the A380 Skybeds are (finally) making way for the Qantas Business Suite.

A more luxurious product which offers enhanced privacy and significantly greater ergonomic comfort, the Qantas Business Suite already exists on the A330 and B787-9 aircraft. This is the first time, however, it has ever appeared on an A380.

The multimillion-dollar upgrade, which includes new seating across expanded Business and Premium Economy cabins (and a refresh of the aircraft’s First and Economy seating and a redesigned onboard lounge) has only been completed on 12 of the A380 aircraft so far, but there are plans to refurbish the remaining 11 by the end of 2020, making your next Los Angeles, Singapore, Dallas Fort Worth, Hong Kong or even London trip that much more enticing.

“Smarter use of space has created an all premium class upper deck (now occupied by Business and Premium Economy) and an expanded on-board lounge,” Qantas said.

“There are now 30 fewer Economy seats and an increase in premium seating by 27 per cent.”

The most important element of the facelift, for Pointy End (or in this case, upper deck) passengers is the introduction of the Qantas Business Suite (replacing the previous Skybeds), which comes in a much-awaited 1:2:1 configuration that gives aisle access to every passenger (and is fast becoming the industry standard).

A larger on-board lounge space with seating for up to 10 Business and First passengers is also worthy of note, as is the update to the 14 First Class Suites which includes new contoured cushioning, seat finishes and a larger, higher resolution entertainment screen.

Also important is the installation of the new Premium Economy seat (first debuted on the Qantas Dreamliner) and increasing the number of these seats from 35 to 60.

Also also: A new colour palette for the Economy cabin and improved inflight entertainment has been introduced.

The first reconfigured aircraft, VH-OQK, will operate as QF2 from London to Sydney via Singapore, arriving in Australia on Wednesday the 2nd of October (tomorrow).

Qantas CEO Alan Joyce said the mid-life upgrade of the A380, despite our aforementioned (mid-life) crisis quip, was all about ensuring the A380’s status as one of the most popular aircraft with customers.

“The A380 is a crucial part of our long-haul fleet and this upgrade program will see customers enjoy everything the aircraft has to offer for years to come,” said Mr Joyce.

“It also provides an increase in Business and Premium Economy seating to help match the demand we’re seeing on our long-haul routes.”

“Working with Airbus, we’ve been able to use the cabin space more efficiently and improve the economics of the aircraft while also providing a better experience in every part of the aircraft,” Mr Joyce continued.

“By the end of this upgrade, we’ll have next-generation seating across our entire long-haul fleet of A380s, A330s and 787s.”

A further two A380 aircraft are expected to undergo refurbishment before the end of 2019 (each aircraft takes approximately eight weeks to upgrade).

While Qantas expects to complete the refurbishment of the remaining 11 aircraft by the end of 2020, more details are to be released tomorrow.