Why Spaniards Will Never Understand Australia’s Obsession With ‘Wellness’ 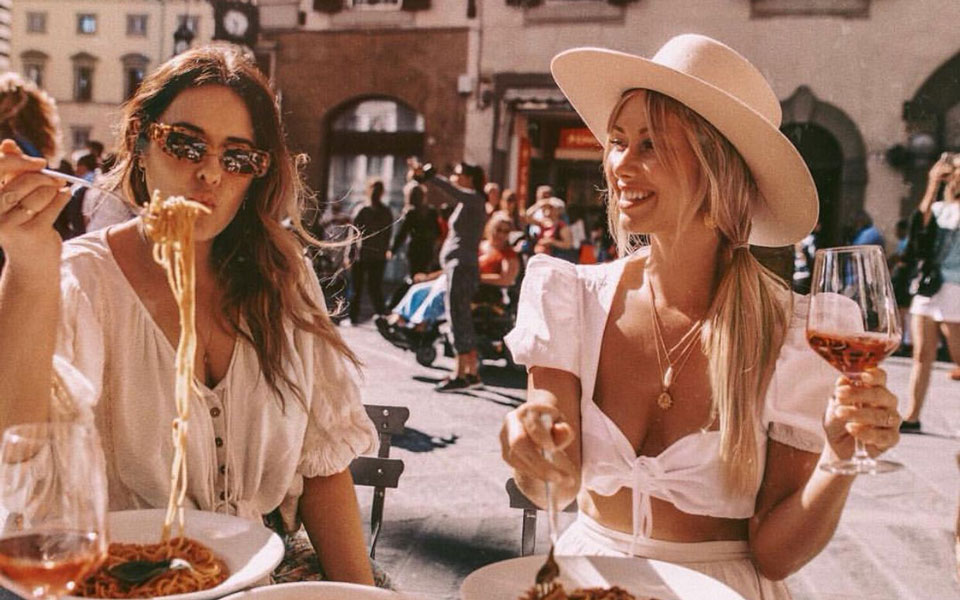 From hosing each other with Rioja to swimming in internationally-acclaimed tomatoes, Spaniards sure know how to party. And that’s before you even get to the pyromaniacal (Las Fallas), ethically dubious (San Fermin) or truly bizarre (Los Escobazos) fiestas that so fascinate and horrify Australian travellers.

Even when you take animal cruelty out of the equation, however, and focus on the ‘lust for life’ festivals like Buñol’s Tomatina or Haro’s Batalla de Vino, a difference in attitude between Spaniards and tourists soon becomes apparent: while Keep Cup carrying exchange students baulk at sending thousands of litres of world-renowned wine (and tomatoes) to the gutter, many Spaniards see it as an investment in community health.

Of course, some tourists are totally on board, and some Spaniards aren’t, but after living in Spain for two years (as well as, more recently, interviewing with Mercado head chef Jason Dean and Campo Viejo global ambassador Federico Lleonart), I have come to the conclusion that Spaniards are – generally speaking – far more skilled at indulging than Australians.

That said, considering the number of hungry people in the world (and in their own barrios), Spain’s world-renowned ability to ‘drink all the wine,’ is still not a good look. Why do they persist then? Bloomberg’s Healthiest Country of 2019 rankings, where Spain now sits at numero uno, as well as one iconic photo from the Haro Wine Fight (in the Rioja region) may hold the answer.

Although wasting tonnes of food and wine is not a good look, from Spain’s position in the quality (and length) of life rankings (and how enamoured tourists tend to find themselves at these festivals), it appears more effective than the 4.2 trillion  Crossfit and Kombucha industry which is being embraced by countries like Australia and America, all of which could similarly be going to help people in need.

When you consider all of this, the ‘optics’ of slapping around a bit of wine improves considerably.

To get the down-low on this phenomenon, D’Marge spoke to Jason Dean, head chef of Mercado, one of Sydney’s finest Spanish restaurants, and Campo Viejo global ambassador Federico Lleonart, to gauge their opinion on the subtle art of excess.

Is Spain’s penchant for gluttony greatly exaggerated? Vastly unappreciated? Supremely wasteful? Or the key to a long and happy life? Here’s what they had to say.

First things first: head chef Jason Dean told us that – despite Australia and America’s ingrained fear of excess (and animal fat) – the Spanish diet of tongue curling jamon and bottomless tempranillo is not as unhealthy as you think (this is also backed up by a 20-year-old essay by Anthony Bourdain).

“The pigs are fed on acorns for such a long time, so they’ve actually got a lot of olive oil in the fat so it’s actually considered to be quite healthy.”

“Most charcuterie is on the leaner side of fats as well,” Jason added. “You can only get a sort of 10% fat margin in a sausage so they are quite high in protein: I don’t think they are super unhealthy.”

As for the wine: although they drink it a lot more frequently than Aussies, Brits or Americans, Campo Viejo global ambassador Federico Lleonart told us that Spaniards tend to drink more in moderation.

So while in Australia we go from Dry July to Daquiri December, Spaniards treat life more like a marathon – and drink accordingly.

Head chef Jason also says there are a number of food skills that come into facilitating this lengthly life, particularly when it comes to sourcing fresh produce: “I love the [Spanish] style of grazing and eating – it’s all about produce really.”

“Spend time making a beautiful product and then let it speak for itself.”

Rather than overcomplicating it, Spain is great at “letting the beauty come through in the product,” Jason told us, as well as keeping things “super fresh and seasonal,” which is not only good for your palette and the environment, but “allows the customer to order five or six different plates, which is a more exciting way to dine.”

The beauty of this, Jason said, is that as long as you choose a food which is particular to a region, “you don’t need to do anything apart from open a tine of anchovies [for example], and they are so nice you don’t need to create a dish from it.”

“It’s the same with the Jamon Iberico – people spend their whole life making this one product and then it speaks for itself.”

“There is always a meeting where a glass of wine is involved. You go to a tapas bar and of course you always enjoy a glass of wine. And so that part of being very social and very spontaneous is [something] Campo Viejo lives by,” Federico told us.

“The quality of life in Spain is very good.”

Ready to embrace the art of indulgence? Ready that glass of Campo Viejo…