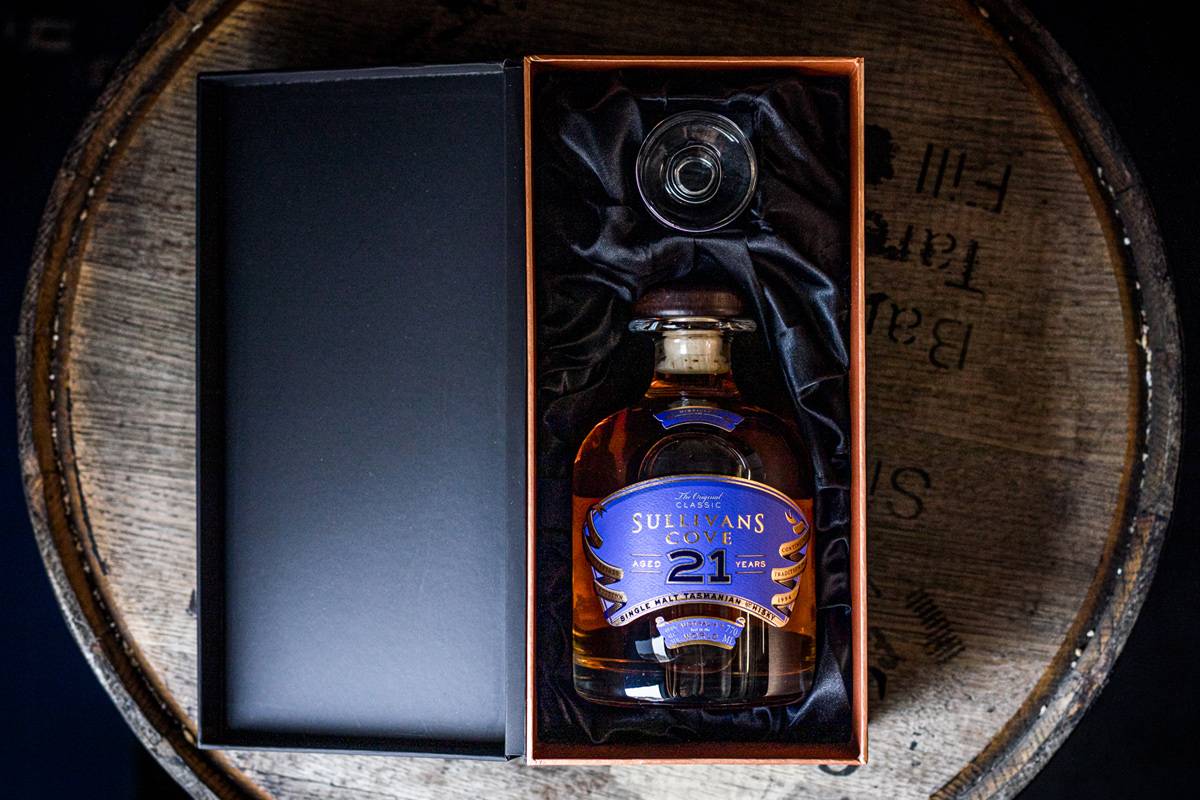 When you think of whisky you probably think of either Scotland or Ireland, the former has its own version of whisky and the latter is home to the oldest licensed distillery in the world. Australia is probably not the country you think of, but a distillery from Tasmania has been slowly changing that attitude.

How do you change attitudes? Well if you’re Sullivans Cove Distillery you focus on your product and make great whisky, in fact they hold the record of being the only distillery in the world to have won the World’s Best Single Cask Single Malt twice in a row. As part of their 25th anniversary, the distillery is releasing a recently found barely-legal 21 years aged whisky which will be the oldest ever official distillery release of Australian single malt whisky. It’s certainly offering more to the world at 25 than this author.

Something very special is coming. Watch this space…

Turns out the latest release by Sullivan Cove happened entirely by accident after a call out of the blue from a Hobart warehouse. The warehouse had discovered four cases of whisky produced by the label prior to 1999 which fortunately when drunk still had a richness and depth to the character. Considering the age and low volume of the casks, the small amount of leftover whisky was married together to yield 500 bottles which according to managing director Adam Sable is incredibly rare to be able to offer.

“When we found these casks, we were thrilled that they still had quality whisky inside. In the Australian climate, it’s very difficult to age whisky for this long without it all evaporating, so it’s a very special thing to be able to offer”

The 49.6% ABV drop is of course presented in a crystal decanter with a label design reflecting the packaging of Sullivans Cove’s first release in the late 1990s. Considering the rarity of the bottle, the $1,800 price tag doesn’t sound too bad. Just remember to add on the price of a plane ticket to Tasmania for it as its only available for sale to members of its mailing list and visitors of the Cellar Door. If you need us we will be on the next flight to Hobart.