Business-class convert goes back to economy, discovers it’s not so bad. 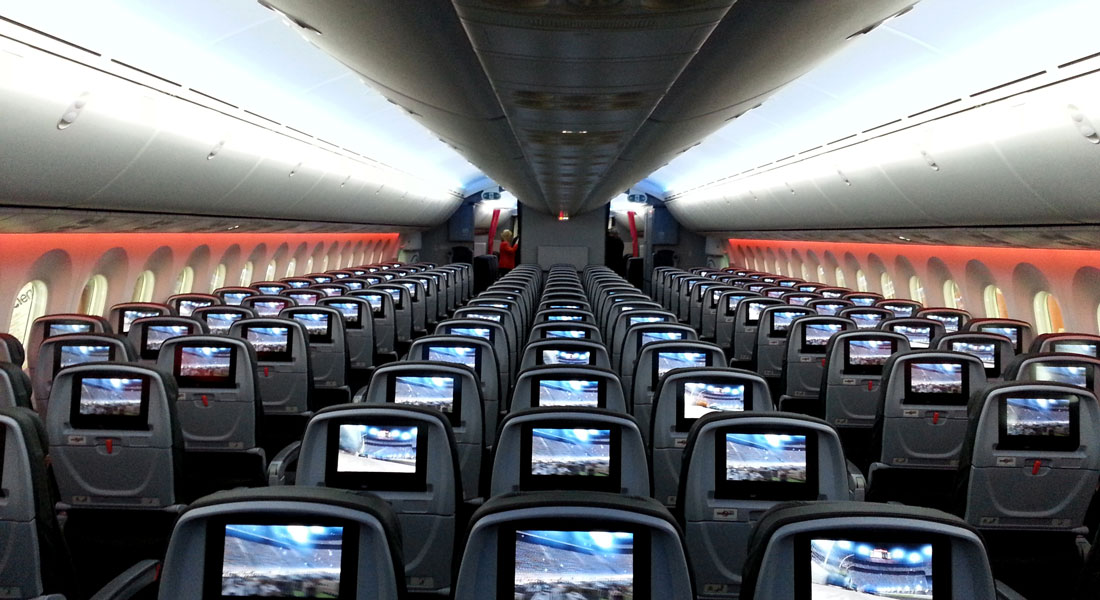 Forget the bright lights of business class; budget air travel is the future. As aviation analysts warned last week, this means more cancellations, more delays, more ‘bumped’ passengers, less luggage and less hot breakfasts. Worst of all; it’s our own fault. Live by the wallet, die by back pain.

Of course, there are still quality airlines out there, but numerous studies have shown that despite being humiliated on every level, people book their flights based on price above all else. Hence the race to the bottom.

On that note: while there are dodgier ways to bail on Australia than Jetstar (think: Tigerair, Malindo Air and Scoot), thanks to its market share, Jetstar is Australia’s most prolific screwer over (and facilitator) of budget holiday plans. So it was quite a shock when I, a self-proclaimed business class snob, came to appreciate the charms of The Budget Kangaroo.

Over the course of a 14-hour return trip (7 hours there, 8 hours back), here’s how I realised Jetstar is Australia’s best airline, as well as its worst.

I arm myself with a paperback in case a fight breaks out, or in case I need to swat a seat kicker, smack an armrest stealer or tap an unconscious aisle seat gargoyle. I also begin to drink a Peroni, only to rush it as the unheard-of happens: my Jetstar flight is on-time and boarding.

Getting on the plane

Staff as friendly as any Qantas flight I’ve been on, and despite my initial dismay at being seated down the back, my mood lifts as I discover I am in an aisle seat with the two seats next to me empty.

Just as I finish smugly snap-chatting my spare seats, a ‘boys trip’ advances down the aisle, Bintang singlets, Nikes, fuckboi haircuts, duty-free alcohol and blue Gatorade (#healthymix) on full display. Two squeeze past me into the middle and window seat, the other asks if I mind swapping to the other side of the plane, where he is stuck in a middle seat.

While I feel vindicated in saying no (“sorry mate, would have if it was an aisle seat”) I quickly regret my decision, as the guys beside me start treating this Boeing Dreamliner like the Oxford Art Factory. Fortunately, the flight attendant comes over and tells them they had better pack it in, or be arrested upon landing. Not sure if this is true, but it worked.

Forget your spine (that’s a guaranteed write off), the real discomfort on a Jetstar flight is other passengers. Case in point: my ‘mate’ who – halfway through the trip – decides to take his shoes off and cross his knees, providing my nostrils with an advance taste of Seminyak’s nightlife.

Just as I enter the depths of despair: the food cart. But hang on a minute, it’s not stopping, as I didn’t order online. And I’m not spending $20 on some limp re-heated meal anyway. I look on in envy as economy veterans chomp airport Subways and toasted chicken and avocado sandwiches.

After we land in Denpasar I get talking with my shoe-averse neighbours about phone data and holiday plans. I stop my moaning and realise: we’re all suckers for a cheap flight. And just because I’ve got used to flying Qantas (and have lost my thick skin), there’s no reason not to enjoy a Jetstar flight – especially one that cost $381 to the $700 that some of my friends shelled out to fly with a more ‘reputable’ airline.

The flight is delayed by an hour, but the sense of solidarity as we all complain about not being allowed to take our duty-free water on board, our impending dehydration and the pain of trying to sleep in an upright position during an 11:30pm to 8:00am red eye is uplifting.

As is people’s ingenuity: in stark contrast to the business class passenger I witness throwing a fit upstairs due to a mild lounge inconvenience, the economy passengers around me simply take their hard goods out of their bags, use them as pillows, chuck on some tunes, and doze.

The conclusion – we’re all suckers for a cheap flight

Sure: Jetstar is one of Australia’s worst airlines. But it’s also one of the best, as it achieves the lazy cliche politicians love to abuse, and which is actually quite a rare occurrence – it brings everyone together, from all walks of life, and gives them a shared experience.