“You need to be able to create some emotional, flirty and sexual tension.” 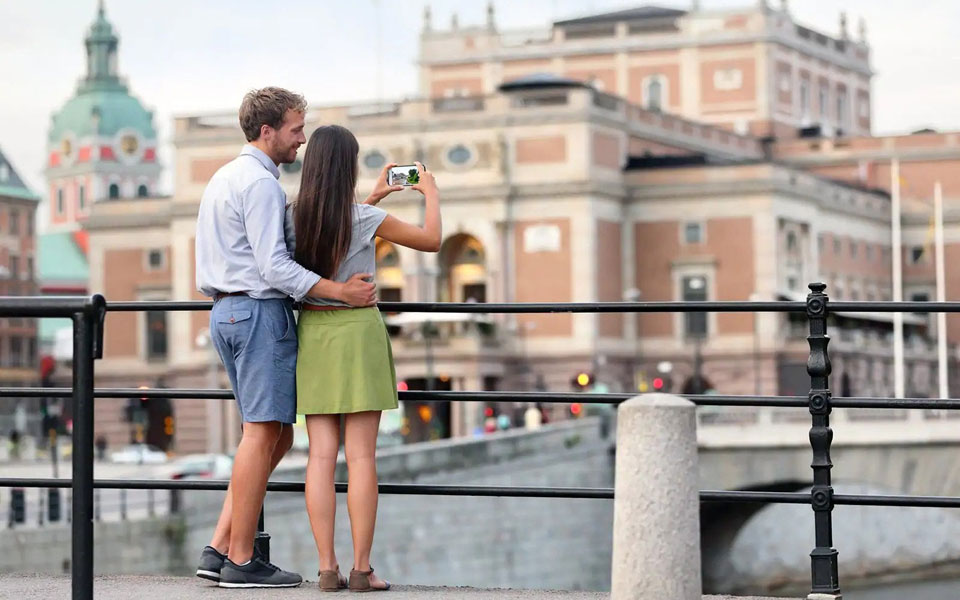 Looking to make an ice-cold getaway to the land of Ikea and find a relationship that’ll last longer than flat-pack furniture?

Whether it’s a Christmas visit to drink gallons of Glögg, a trip release your inner arsonist for Valborg or you just want to stuff your face with Våffeldagen, finding förälskelse is not the easiest of tasks. Especially when you consider the women can indeed live up to the stereotype of blonde, beautiful and intimidating.

Fear not though. We’ve spoken to Swedish dating coach Linnea Molander, – who spent three years studying neuroscience and positive psychology, as well as taking time to explore the subject for herself – to find out what makes the Swedish girl tick, how you can best flirt with a flicka and how to deal with the Swedish law of Jante.

Be Confident, And A Little Cautious

Linnea says the majority of her clients are women, all of whom are highly successful in their respective fields. “They’re driven, smart and amazing” she adds. The only issue with their intellect and ambition is it sometimes causes them to be “clueless when it comes to relationships, dating, and emotion.”

“They’re used to high achieving but they’re no good at having fun, they don’t have the energy.”

If you make it past the first stage of securing a date, be aware that she could turn up feeling nervous. Be confident, reassuring and make her feel comfortable as soon as you meet to help alleviate some of her dating demons.

Be Sure To Message Or Call Them

As soon as a date is finished, we all always question whether we should message, call or just wait for the other person to do one, all, or none of the above. When it comes to dating a girl in Sweden, make sure you send at least some sort of message after your date is over.

Linnea tells us her clients tend to get what she calls “dating panic.” As soon as a woman meets someone she likes, she will immediately feel scared that she’ll lose them or will be rejected. She adds they “become obsessed with their phone.”

“They turn into an emotional wreck because they didn’t get a text back. In psychological terms, an insecure attachment has been triggered. I don’t talk about it in this way to my clients, but they don’t understand what’s going on with them or why they go crazy over something as simple as someone not replying.”

Get On The Apps

Just like we found in Sydney, Sweden is a very app-minded country. Linnea says the Swedish culture “isn’t very social, we don’t talk a lot to each other.” She recounts her recent trip to New York, wherein she was amazed by the small-talk culture and the simple act of being introduced to one another. “It doesn’t happen in Sweden.”

She adds that the country was “super excited” when apps such as Tinder arrived – the same time Linnea graduated in coaching and cognitive science – because it “took away that initial talking point.” However, she stresses to her clients that “sooner or later, they’ll have to have that face-to-face conversation, which requires social and emotional skills.”

Linnea says she sees the interview-style date all too often. “The main problem is it’s too f***ing boring.”

“You can’t make a friend by asking the same boring questions, or treating the date like a business meeting. You need to be able to create some emotional, flirty and sexual tension.”

So throw away your checklist of things to ask and focus on just having fun with your newfound companion to help try and create the ‘spark’ that everyone desires.

Get Out And Explore The Country

In terms of doing those fun things to steer clear of the boardroom meeting, Linnea recommends doing “…any sort of activity. You can really get to know someone much easier when you’re doing something fun together.”

But as we mentioned earlier, be accommodating of your partner, as doing something activity-based could be a big step. “My clients have to stop dating in order to figure out where things are going wrong. They go into the date trying to be liked, rather than being secure in themselves. They have to reprogramme what their idea of dating is. Until that’s sorted, the practical side of dating is irrelevant.”

“Once the psychological issues are overcome, the practical side of dating is a piece of cake.”

Understand The Laws Of Jante And Lagom

Sweden, and the other Nordic countries, follow a few rules when it comes to everyday life. One such rule being the Law of Jante, within which there are 10 rules. The umbrella rule though says “You are not to think you’re anyone special or that you’re better than us.”

Essentially, don’t brag or boast about personal achievements or wealth. Bring them up, of course, it could lead to more conversation, but just be conscientious of the way you talk about them.

Linnea also told us about the Law of Lagom, which means “just the right amount”, “in moderation” and “stay in your lane.” She says “there is some sense of shame in wanting to be more or less than someone else.” So make sure you treat your date as an equal, as well as others around you during your time together. Don’t speak down to your waiter, for example.

Don’t Assume You And Your Date Are Exclusive

Similar to what we found about Sydney, Linnea says that it’s not automatically assumed that you and your date enter an exclusive relationship after meeting up just once or twice. “People are free to date multiple people, you would have to have a discussion if you want to take things further.”

However, she adds that “some people don’t have the emotional bandwidth to see several people at once, more as a personal choice rather than being a moral standpoint.” If you’re serious about your new female friend, speak to her about moving things on, either just for the time you’re in the country or if you see a genuine future. She may reject you, but remember Bättre älskat och förlorat än att aldrig ha älskat. (Tis better to have loved and lost than to have never loved at all.)