‘Forward Following’ Is The Dating Trend That Could Majorly Embarrass You 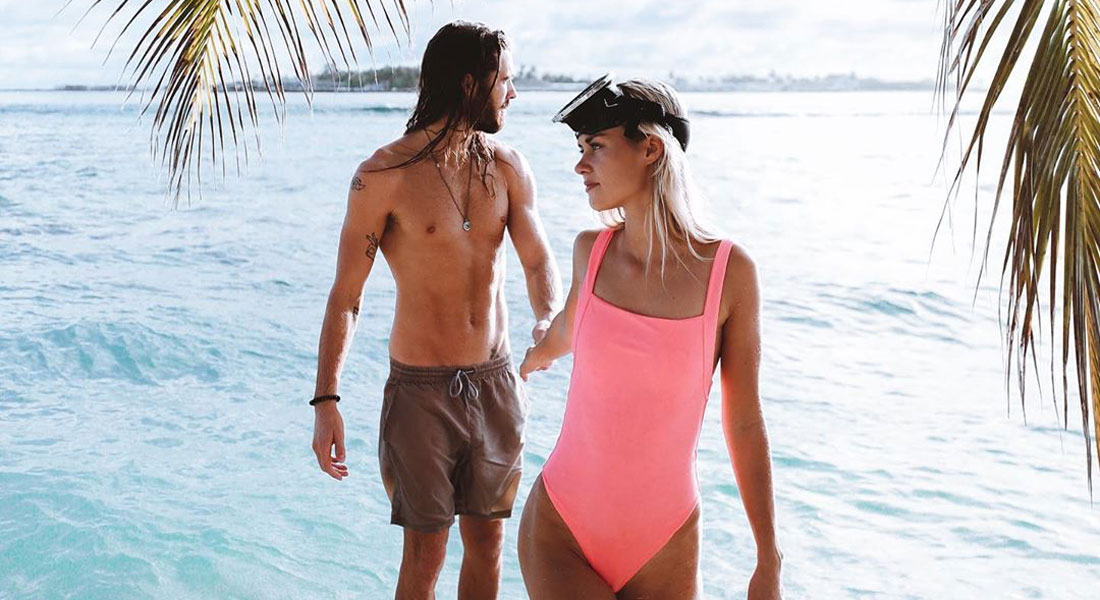 Travel couple @mariefeandjakesnow, who met on holiday, not on Instagram, showing us the benefits of not forward following...

Forget houseplanting, paperclipping and even ghosting; there is now an even more awkward dating trend to navigate. While we’ve probably all experienced (or committed) it numerous times over the last few years, it has never had a name. Well, today it gets one: ‘forward following’.

Even though it sounds like some fluffy Facebook fantasy, ‘forward following’ can be quite annoying and – in some cases – disturbing. Intrigued? Here’s what it is.

‘Forward following’ is when you prematurely follow a dating app match on Instagram, without knowing where things are going with that person. A controversial move, which some argue moves things along quicker, and which others say looks desperate.

Still can’t get your head around it? Imagine you flirt with someone on Tinder, think you’ve hit it off, follow them on Instagram… only to never hear from them again.

As (self-inflicted) victims of ‘forward following’, we sought the advice of Dr Nikki Goldstein, a sexologist, relationship expert and host of the podcast Sex & Life to better understand our premature desire to be amigos.

So: why do people add each other on Instagram when they’ve only just matched on Tinder? Here’s what Nikki has to say: “It’s so much easier to investigate online who someone is.”

However, just because “it’s one of those tempting things” that doesn’t make it the right thing to do, Nikki says, reminding us “what we need to factor these days is that we all project a false reality [on social media].”

For this reason, Nikki says, “I don’t like the add on Instagram when you’re on [dating] apps… You might get to know someone based on a perception that’s not who they really are.”

“We’re all so scared of the defriend button, but if things didn’t go ok on the date you can still follow them (or not): it’s all up to you.”

“If it feels weird, don’t be scared to defriend them,” Nikki continues. “Your social media is your personal space. Ask yourself: ‘would you have that person over for drinks?’ No? Ok, well: you have a choice as to who comes into your virtual home as well.”

“Don’t be scared to defriend them unless you were potentially thinking you might want to date or hook up with them later on (in which case you might not defriend them).”

“But if not; what’s the harm in blocking them out of your life, because otherwise you’ll probably leave him or her there and your [future] new partners will say, ‘hang on a second, look who you’re following…'” Nikki finishes.

Even better: you won’t end up publically advertising all your unrequited loves; a true win win…