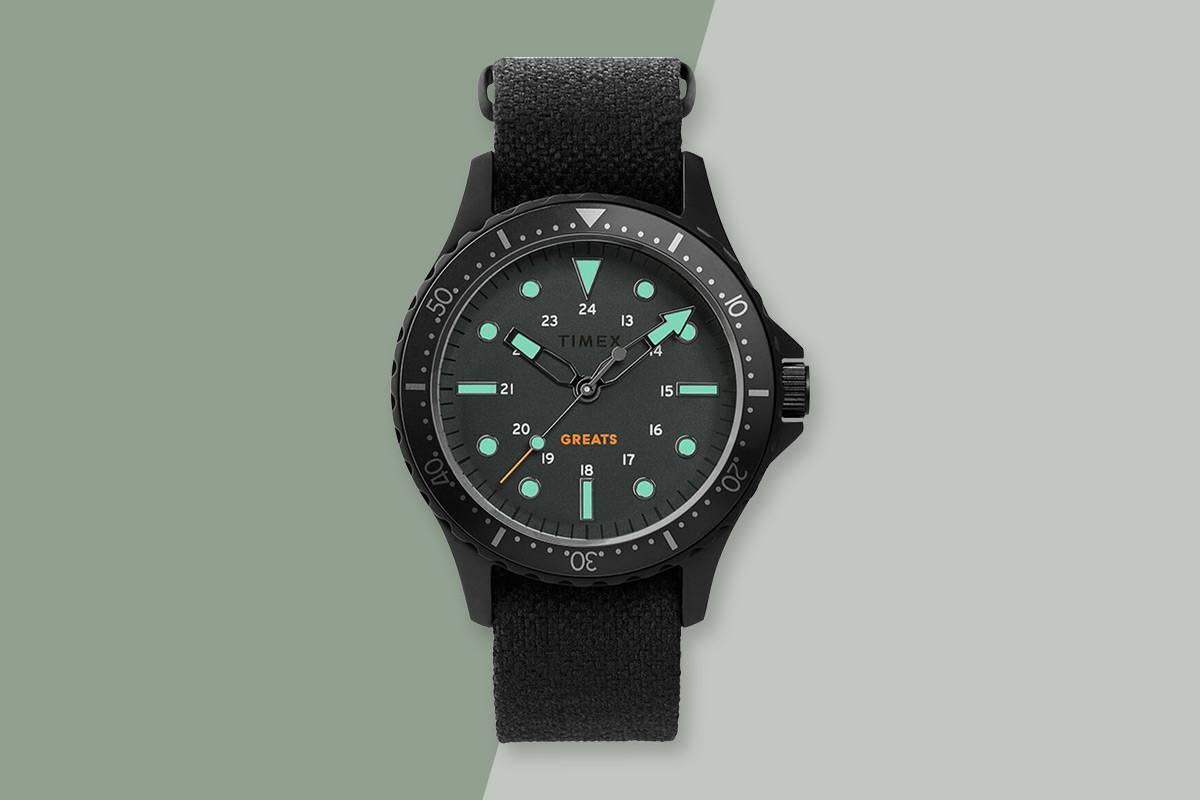 Let’s say you’re looking for a watch and your budget is $149 and you’re looking for something that is cool, functional and respectable, what do you get? It’s a common problem that many encounters, luckily we’ve found a watch that ticks all of those boxes and many more.

For most of the watches in this price bracket, they don’t have a lot going on for them and often compromise in one area or another whether that be build quality or design. For those of you who aren’t willing to compromise there is this, Timex x GREATS 41mm Watch.

Timex collaborated with GREATS in 2018, on a watch dubbed the Bayman, which was inspired by GREATS CEO/Co-founder Ryan Babenzien’s upbringing on the Great South Bay of Long Island. For the second Timex x GREATS collaboration we turned to the water again, this time taking inspiration from founders and mavericks who took their own path and carved their own future.

Featuring luminescent hands, contrasting orange GREATS logo, 100m of water resistance and a stainless steel case, the Timex x GREATS perfectly pairs quality and functionality. What about the style you ask? Well in this all matt black guise it looks ultra cool and tough. The fabric strap will be comfortable, especially when paired with the 41mm size that isn’t oversized or too small for larger wrists.

For $149, you won’t get a watch that combines cool looks, functionality, quality and respectability, so why bother looking? This is as good as it gets.