People will be racing to snap this one up.

Formula One racing supremo Lewis Hamilton has just launched an ultra-exclusive edition of IWC Schaffhausen’s Big Pilot Perpetual Calendar timepiece that frankly, has gone straight to the top of our Christmas wish list.

The recently crowned six-time world champion is sponsored by the Swiss watchmaker, which, to commemorate the Briton’s achievements on the track, has created a bordeaux red version of its iconic Big Pilot Perpetual Calendar, but restricted it to just 100 pieces.

This particular Lewis Hamilton edition features a black ceramic casing, bordeaux red dial, an 18-carat 5N (read: rose) gold crown, rotor and case-back, along with a matching bordeaux red textile strap. Under the hood you’ll find IWC’s very own 52-calibre movement and the Falcon logo, along with Lewis’ name engraved on the rotor.

As the name suggests, this model also comes with a perpetual calendar, which, just in case you didn’t know, knows how many days are in each month, so automatically adjusts for a leap year.

IWC unveiled the head-turning timekeeper at the launch of its new Abu Dhabi boutique on the 28th of November. The man himself, Lewis Hamilton, was in attendance in a matching burgundy outfit, before he takes to the track for one last time this season at the Abu Dhabi Grand Prix at the Yas Marina circuit this coming weekend.

There’s no word just yet on pricing, but considering its exclusive nature, don’t expect it to come cheap. With ‘regular’ Big Pilot Perpetuals starting at around AU$30,000 and rising to AU$60,000, you best get saving. 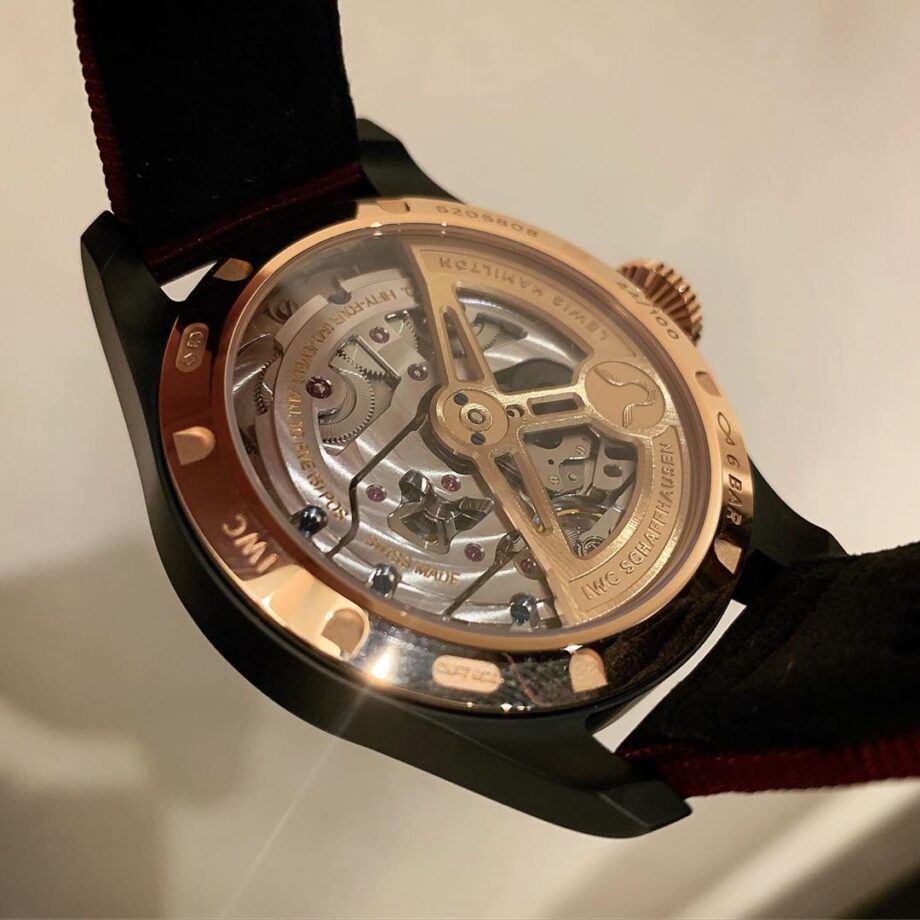 The man from Stevenage, UK already wrapped up his sixth world title earlier this year, and sealed the constructor’s championship with teammate, Valtteri Bottas for Mercedes even further back into the 2019 season.

It’s not the first time IWC has presented its superstar ambassador with a limited edition watch for winning the world title. The watchmaker best start coming up with new design ideas because there’s no sign of Lewis slowing down just yet.