Jeff Goldblum is no stranger to our style pages and it’s clear to see why. The 67-year-old proves time and time again that older gentlemen have just as much clout in the fashion game as their younger counterparts.

Spotted in New York City for an appearance on Good Morning America to talk about his new show on the recently launched Disney+ streaming service, the stylish savant demonstrates how to effectively wear a black leather biker jacket. 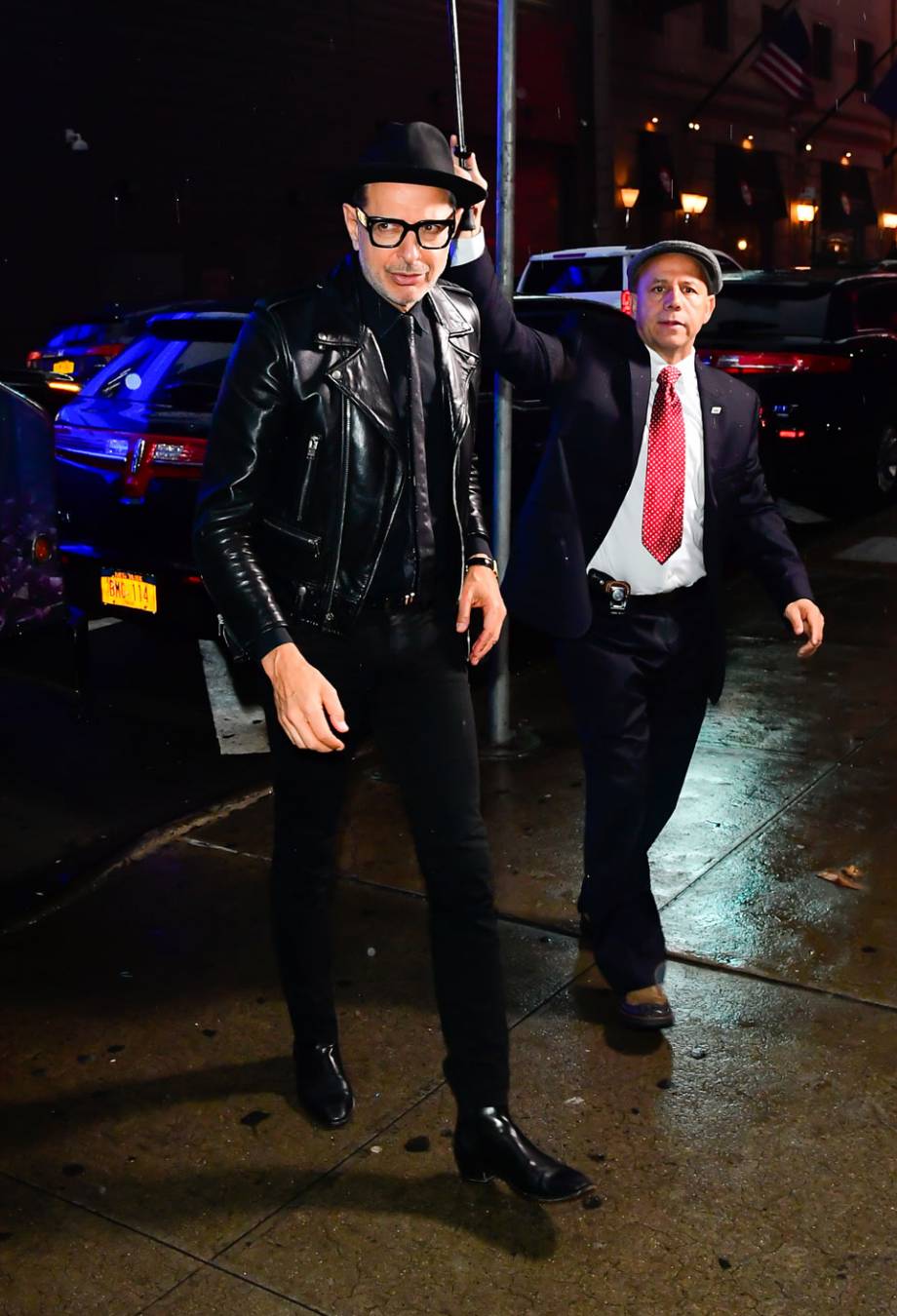 A menswear essential if ever there was one, Jeff teams his Saint Laurent leather biker, complete with wide lapel and multitude of zips, with an all-black ensemble comprising skinny black jeans, black shirt and tie, and black leather Chelsea boots. He tops it off with a black fedora and his Tank de Cartier watch that he’s been seen wearing on several previous occasions. 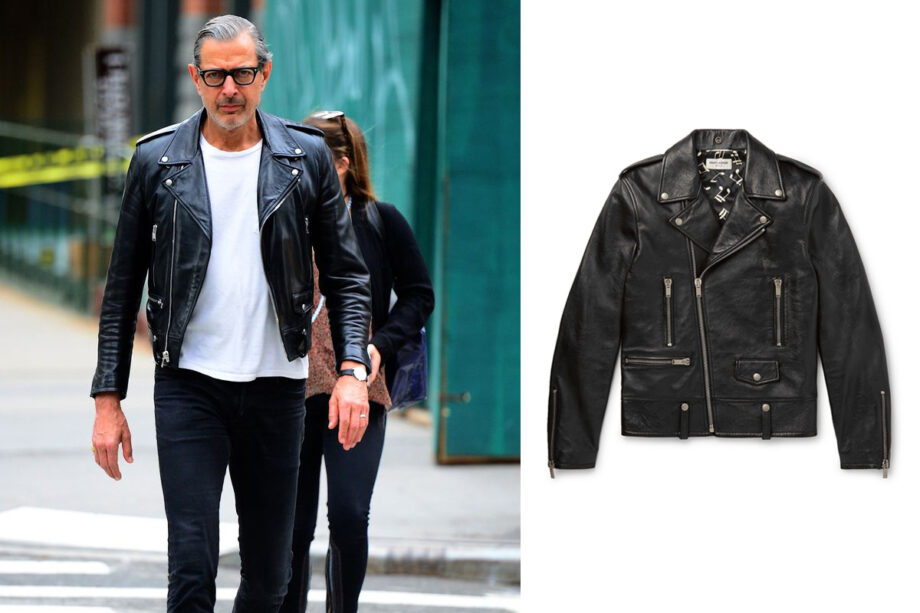 It’s no surprise Jeff’s opted for the square-faced timepiece once again, as its black leather strap and gold face is the perfect cherry for atop this stylish cake. You can snap one up yourself for anywhere between AU$3,750 – AU$12,200.

Not content with just releasing a new show, ‘The World According To Jeff Goldblum’, the king of cool also appeared on the American breakfast show to talk about his recently released jazz album.

Jeff will forever be our style God.