Heading to Kyoto? Leave the selfie stick at home. 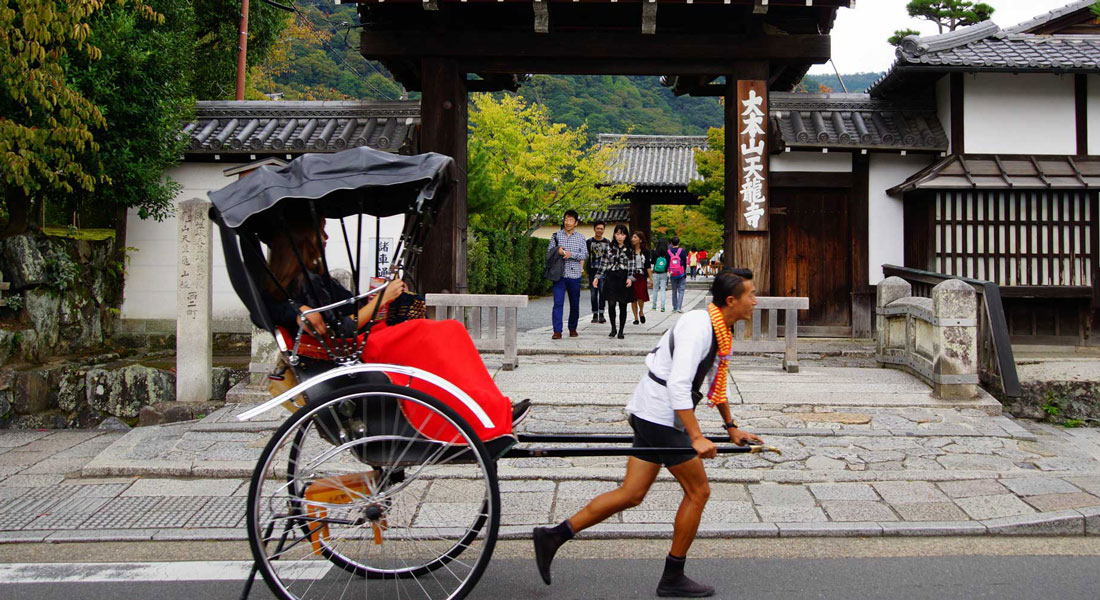 Powder-y ski slopes. Tongue-warbling sashimi. Unwavering politeness. Japan is known for many things, but rudeness is not one of them. Thanks to this tendency, the Gion district of Kyoto – a world-renowned Japanese city – has introduced a $130 fine to discourage tourists from exploiting residents’ endless reserves of patience.

Gion’s heritage streetscapes, cute buildings, cobbled-stone alleys, tea houses and traditional arts scene have made it hugely popular with travellers who want to “do” more than Tokyo.

But locals say some international visitors are disrespectful, something various reports confirm. NHK, for instance, reports that tourists have illegally entered private property, taken photos of geishas and maikos without permission, and even pulled at residents’ kimonos.

As a result of this rude behaviour, an association of residents and shop owners in the Gion district have come together to impose a ban on photography, enforced by a $130 fine, now effective in all private alleys near Hanamikoji street.

Also, according to Escape, local reports also say tourists have been “chasing and bullying the town’s famous geishas and maikos (geisha apprentices) into posing for photographs and selfies.”

“To some, the photo ban may seem drastic, but it is just the latest tactic to be tested by the Kyoto community after years of struggling with poor tourist behaviour.”

And it’s not just a couple of disgruntled residents: the move comes at the same time as campaigns like, “Enjoy, Respect Kyoto” have been rolled out by the Kyoto City Tourism Association, encouraging visitors to “respect the history and culture that the residents have worked to protect, and behave with courtesy.”

As Escape reports, “This message was delivered through a new tourism brochure, as well as signage outlining the local laws posted throughout Gion’s streets.”