Lenny Kravitz’ Jeans Could Be The Next Big Thing In Menswear

Every decade has its iconic fashion moments: the 60s had Don Draper tailoring, the 70s had high-collared shirts with retina-searing patterns and the 80s gave us pastel-coloured suits teamed with t-shirts.

But one style that never strayed too far from the public eye is flares. With roots as far back as the 1800s with the Navy, flares, or “bell-bottoms” have been in the fashion circle for years. They died a death in the early 2000s but one man has always championed them, Lenny Kravitz.

Back in the 90s the rock legend wanted to know if we were gonna go his way, but if he was asking whether we were going to copy his style, the answer would have been a firm no. 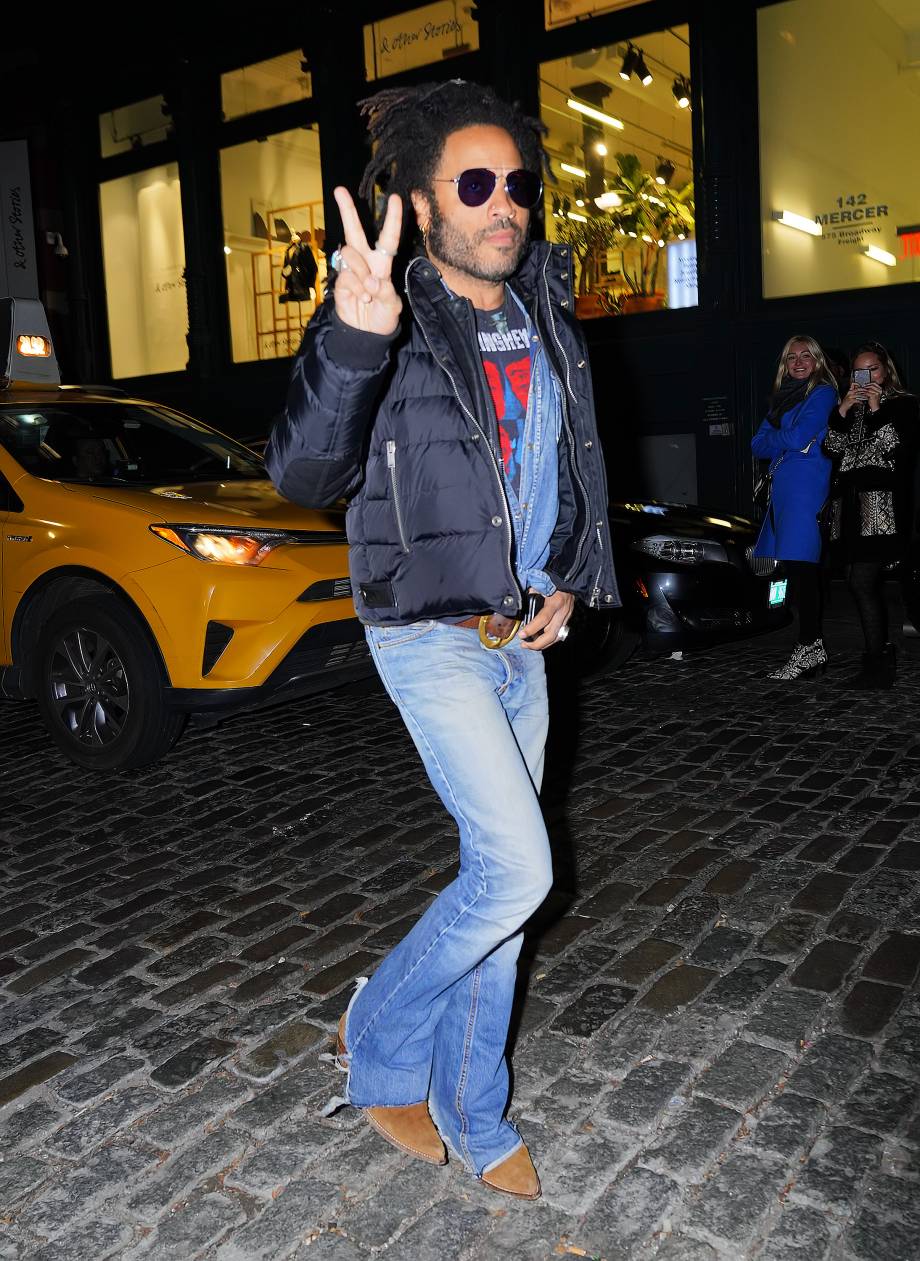 We may soon be inclined to change our mind, though, as the multi-award-winning singer was recently spotted in New York City rocking a pair of light-wash denim flares. It’s apparent the singer isn’t ready to hang them up just yet, and if we can all look as good as he does wearing a pair, they could soon make a big comeback.

Teaming his flares with a denim shirt – yes, double denim is still a thing – puffer jacket and brown suede boots, along with trademark sunglasses, (seriously, we don’t think we could actually tell you the singer’s eye colour) the guitar-wielding god looked as rock ’n’ roll as ever. It’s certainly a better look than that time he wore what was essentially a rug but passed off as a scarf.

The male population may still need some convincing that flares are the next best thing, especially with the continued popularity of skinny and slim styles, but there’s no ignoring the fact the wide-leg is here to stay.