Plus: expert advice on what to do if it ever happens to you. 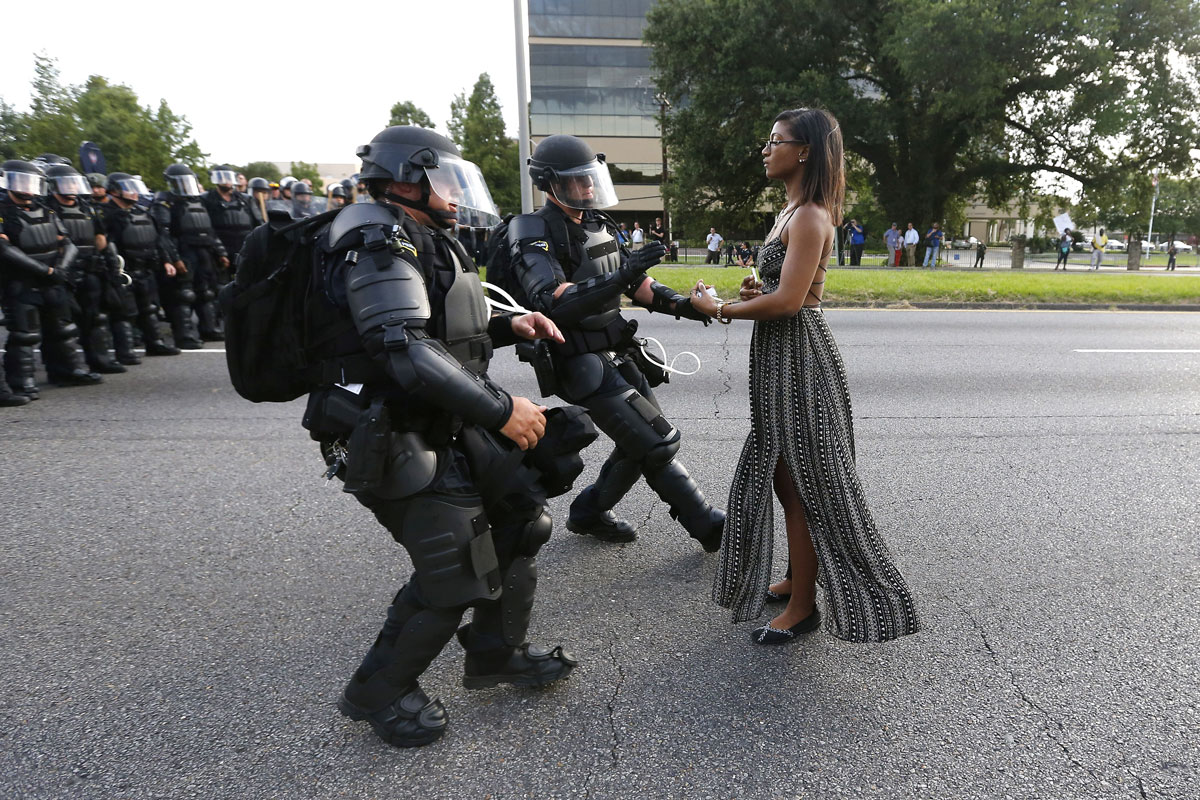 Image Credit: The Daily Beast (not the riot mentioned below)

The riot squad eyed me off. Broken street lights made eye contact tricky. But as I weaved my suitcase through the charred motorbikes and overturned bins I tried to make it as obvious as possible I was a clueless tourist wielding a surfboard (not a bazooka) as I came closer to the police blockade.

I knew I shouldn’t be there but I didn’t have anywhere else to go.

Set to stay with a friend who lived in Lavapiés – one of Madrid’s most multicultural neighbourhoods – and, arriving late in the evening (with no idea how to get there) I didn’t have many other options than waiting the night out in Maccas (and I’d sooner eat pepper spray than a big mac).

By the time I approached the wall of plastic shields this ‘come what may’ confidence was gone, but by then it was too late to wish we had stayed Where The Was Wifi.

I didn’t know at this point why the protests were happening (I later learned they had been sparked by the death of a Senegalese man who police had allegedly chased after finding him street hawking).

While I was becoming steadily and sweatily more self-conscious about my presence (which included a suitcase, surfboard and giant Toblerone), I thought I looked clueless enough not to be seen as a threat.

I soon reached the blockade where the Guardia Civil made me wait. Eventually, once the shouts and flares got far enough away, they let us all pass through. I made my way to my friend’s flat and clattered my luggage upstairs, giving his neighbours (who thought the protest must have made its way into their building) a fright in the process.

El Pais confirmed the protests resulted in the arrests of six Spanish nationals and 20 injury reports, as well as significant damage to the area, while Mayor Manuela Carmena took to Twitter to encourage peaceful co-existence between cultures (something Lavapiés used to be known for).

This was March 2018. And while a year and a half may have passed since then, according to The Local.es, “The pressure that caused the riots never went away. Walk through the streets of Lavapiés and you can still feel the tension, as can the police, who keep a constant presence.”

“Until there is real improvement in migrants’ rights, this neighbourhood shrouded in street art, pockmarked with trendy cafes and invaded by investors is going to remain on the edge, until one day the people will inevitably crack again.”

As for implications for tourists, my experience got me thinking about the best ways to survive a riot. And even though I (fortunately) never got caught up in the worst part of the Lavapiés riot, given the unrest in tourist hotspots around the world at the moment, this is information every modern traveller should possess.

This in mind we hit up World Nomads for their top tips. According to them, this is what you should do if you ever find yourself stuck in a riot.

As for those who find themselves surrounded by a protest whilst in their accommodation, these are the tips World Nomads say you should follow.