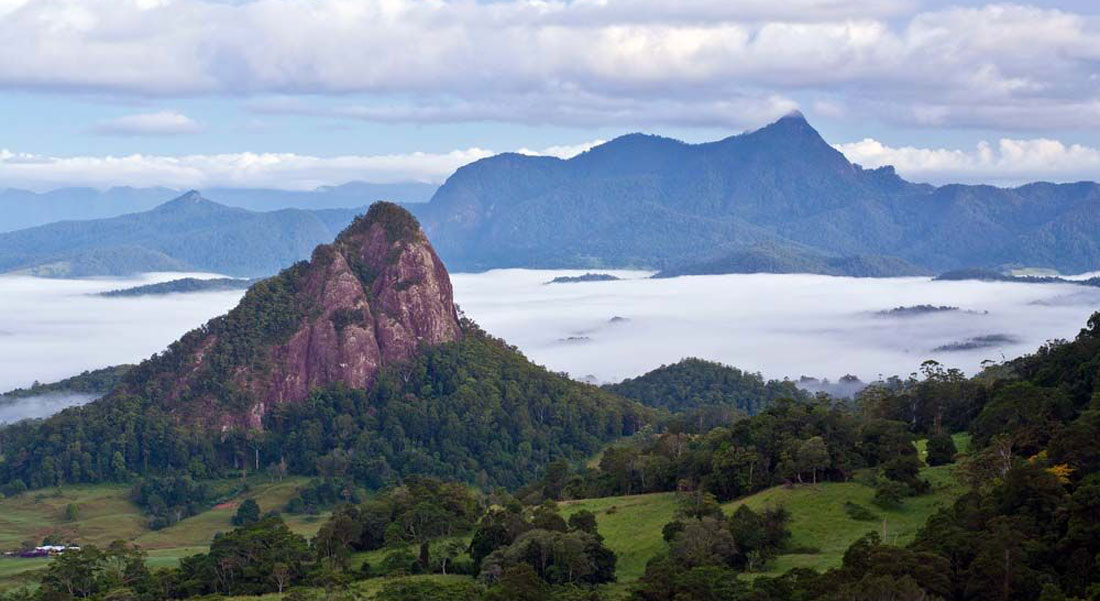 After Uluru closed to tourists last month, there are now a number of indigenous groups around the world looking to follow suit with their own sacred sites. Chief among them is the Bundjalung people, the traditional owners of Mt Warning (a popular hiking spot set amongst northern NSW’s Tweed ranges), who are now launching a renewed bid for the mountain’s closure to tourists.

The mountain, also known as Wollumbin, is highly popular with tourists, especially bushwalkers. But as the SBS recently reported, there has been a recent push to have access to Mt Warning shut off, since Uluru has been withdrawn from climbers’ itineraries worldwide.

“I am very motivated by what I’ve seen at Uluru … we’ve been trying to pull the chains down and stop people climbing it for years.”

He says visitors to Mt Warning show disrespect and traditional owners are worried about how the sacred spot is treated, with some hikers even going as far as to defecate on the mountain.

“It makes me really sad to watch people climbing it. I don’t want to let people think they’ve got the right.”

However, as Mt Warning attracts up to 100,000 visitors annually, Rainforest Park Manager Mark Bourchier told The Courier Mail, there was much for him to consider before closing the site.

“If we go shutting the mountain, I can see there would be way less visitors to the area.”

Mt Warning’s closure has been a topic of council discussion for years, with The Tweed Shire Councillor Warren Polglase reportedly saying that serious action could now be taken, in light of the closure of Uluru, which has been in effect since October the 25th.

A post shared by The Pink Hotel Coolangatta (@thepinkhotelcoolangatta) on Oct 25, 2019 at 5:27pm PDT

Influencers beware. What we’re calling ‘the Uluru effect’ is gaining momentum. So treat sites with a little more respect, and maybe we’ll be able to come to a happier compromise for everyone.