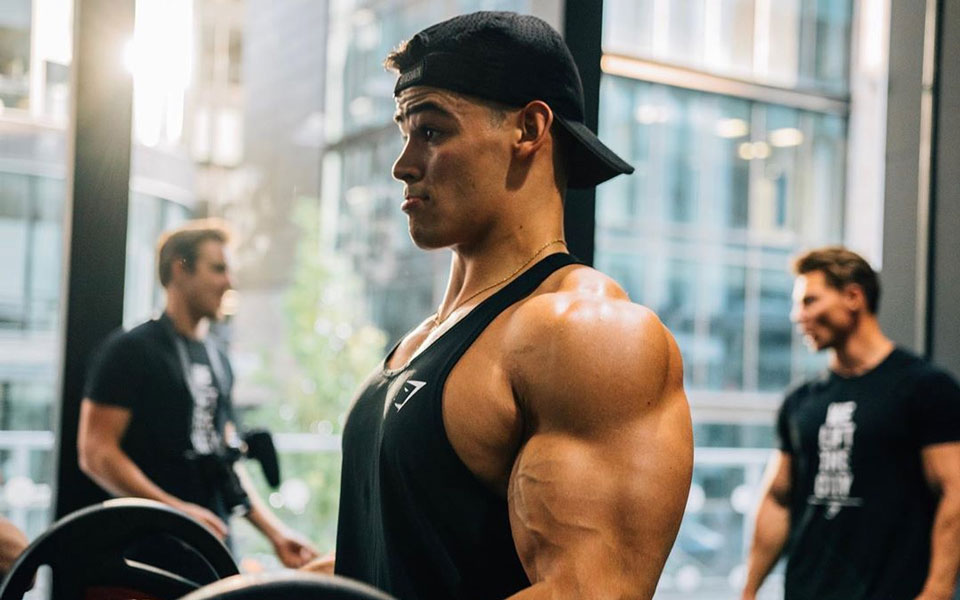 Fitness influencer @elliotbfit showing us how it's done.

As soon as we all step foot in a gym, we expect hope to make big gains, quickly. The reality is though; it can take a long time to make any real aesthetic differences to our bodies. Thus, perseverance is key.

It can be easy to take a break from the weight bench if you think you’re not making progress, which in turn has further negative effects. We perceive our bodies lose any gained muscle quickly, putting us back to square one.

However, while that may be the case for those that take a prolonged break from the fitness factory, recent research suggests it’s not as hard to regain any lost poundage as you may think, thanks to muscle memory.

Referencing research from the University of Oslo, personal trainer Peter O’Reilly says re-beefing up after a break from the gym can be as easy as riding a bike. The science says that when you work out your muscles to the point of hypertrophy – the increase in volume, rather than the number of, muscle cells – but then take a break, the muscle cells actually retain the nuclei they receive from satellite cells.

Let’s break away for a quick ‘Muscles: 101’ lesson. Muscle cells contain multiple nuclei, called myonuclei. The nucleus in each muscle cell acts as a brain, increasing or decreasing the production of various cellular chemicals as and when needed. Each nucleus can only work so hard though, but because each muscle cell contains multiple nuclei, they have the potential to grow larger.

To increase in size, the muscle cells need to take myonuclei from other, neighbouring cells, the most common of which are satellite cells. Scientists now believe that the myonuclei donated from the satellite cells, stay in the muscle cell they were donated to, forever. This means you won’t need to go through the donation process all over again when you begin training again.

The downside to this is while you may regain any lost muscle quicker than it took to put it on, you won’t put on new muscle quicker. For that, you will still need to go through the same process, but because you have larger and stronger muscles, you will be able to lift heavier weights, which in turn calls upon new satellite cells to donate their myonuclei.

Here are 5 of my GO-TO exercises to hit when training shoulders 👌🏽🔥. Building bigger, more proportionate shoulders has been one of my main goals over the past 18 months and i’m pretty pleased with the progress i’ve made so far. By increasing my shoulder training frequency and volume, being consistent and implementing a solid base of nutrition i’ve seen pretty sick results. If you have certain areas that are lagging, rather than just trying to do loads of new random exercises to “shock your muscles”, focus on increasing the frequency / overall volume per week and be consistent. It might take a little more hard work and dedication but you’ll get there 🙏🏽💫 ———— ⠀⠀⠀ Full workout details below ⚡️ ⠀⠀⠀⠀⠀ EXERCISE 1: 💥 Dumbbell Shoulder Press – 4 x 10 ⠀⠀⠀⠀⠀ EXERCISE 2: 💥 Single Arm Arnold Press – 4 x 10 (each arm) ⠀⠀⠀⠀⠀ EXERCISE 3: 💥 Seated Lateral Raise – 4 x 10-12 ⠀⠀⠀⠀⠀ EXERCISE 4: 💥 Seated Hammer Front Raise – 4 x 10 (each arm) ⠀⠀⠀⠀⠀⠀ EXERCISE 5: 💥 Behind The Neck Press (Smith Machine) – 4 x 10-12 ⠀⠀⠀⠀⠀⠀ Don’t forget to HIT SAVE and tag a friend you want to try it with! 🙌🏽 ———— #thebalancefam #workoutvideo #shoulderworkout #bouldershoulders

It’s a constant cycle and one that takes commitment, but at least you can now be safe in the knowledge that you don’t necessarily have to hit the gym every day to make ‘dem gains.

So have a break every now and then, you deserve it.