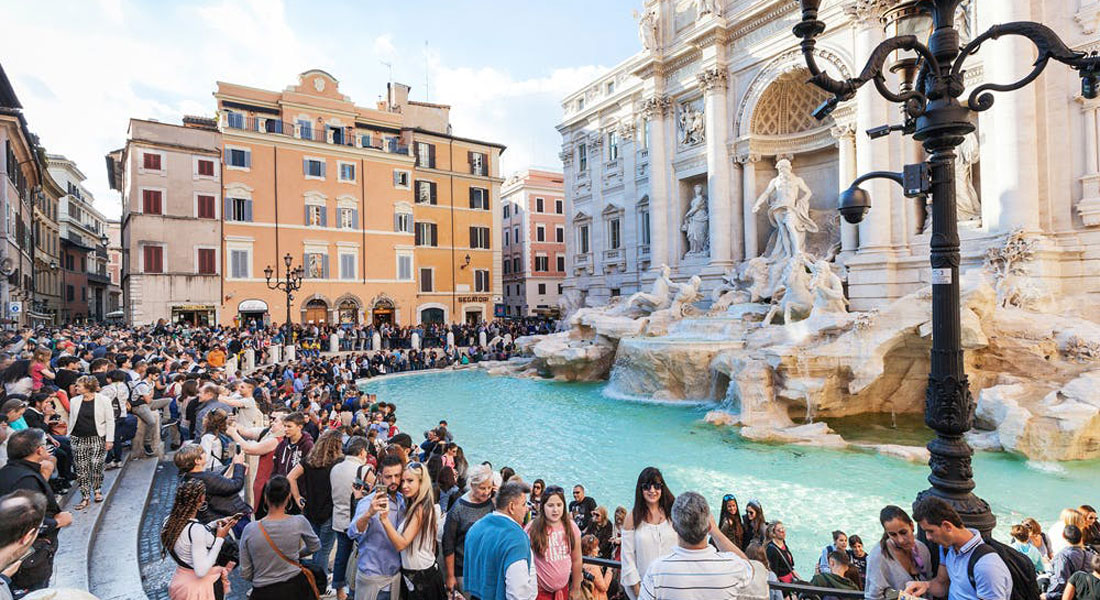 It’s now known less for nymphets and more for selfie sticks, but The Trevi Fountain still retains an international gravitational field. That may soon be set to change though, or at least its walls may soon no longer have to groan under the straddle of so many, as the city of Rome considers regulating tourist access to this site of polaroid pilgrimage.

Built in the 18th century, The Trevi Fountain is the largest Baroque fountain in Rome and easily one of its most popular attractions. Rome receives more than 20 millions of visitors a year, and it’s easy to imagine that almost all of them want to chuck a coin in the mixer at its most iconic fountain, or to take a snap to mark their time there. And if they have to break a few pesky rules to make that photo even better to look back on, so be it.

Problem is, this mindset not only causes (pedestrian) “traffic jams” in the Piazza di Trevi, but also damage to the fountain itself, with tourists sitting on its walls and even bathing inside.

For this reason, The Lonely Planet reports, “the municipality of Rome has a new proposal to better regulate the access to the Piazza, a proposal which will be discussed soon in the Campidoglio, Rome’s city hall.”

“Tourists are literally fighting over the best selfie spot at the Fountain of Trevi.”

According to The Lonely Planet, the municipality proposes a protective barrier around the fountain so that tourists won’t be able to sit on the marble or jump into the water (both of which are already forbidden but still happen more often than not).

The proposal also appears to include “a maximum number of people allowed inside the Piazza at the same time, which will be regulated by one or two policemen stationed at each of the five streets leading into the Piazza,” (The Lonely Planet).

“The objective is to guarantee more safety for tourists both in terms of space and better protection from pickpockets (or fistfights to get the best selfie spot), as well as putting a stop to illegal commercial activities happening in front of the fountain. And, of course, keeping the Fountain of Trevi safe and without damage.”