Want to visit the Pompeii baths? Prepare to feel inadequate. 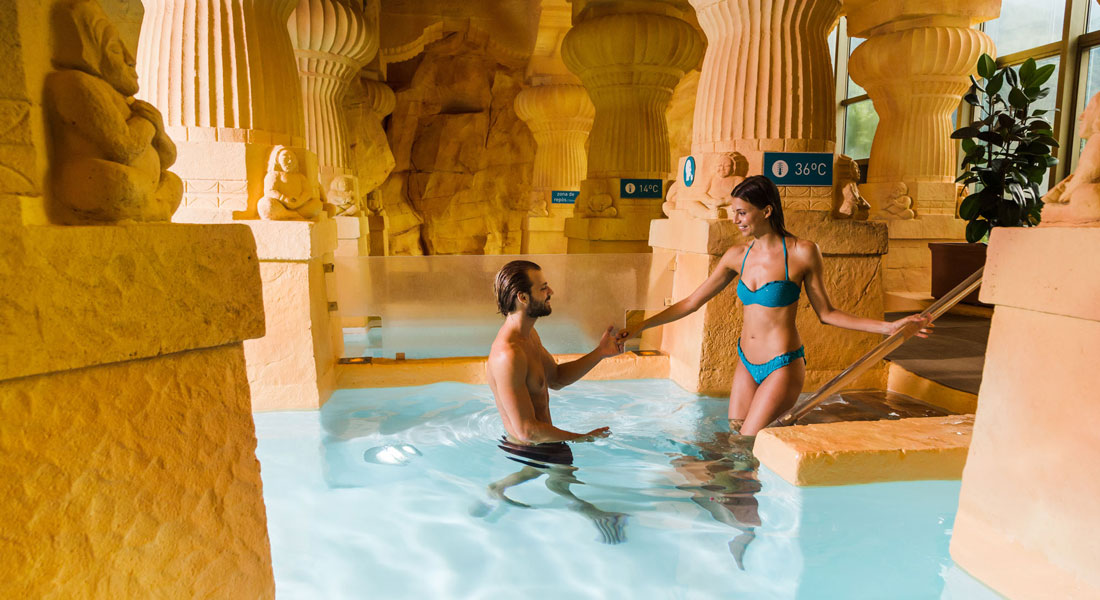 When a frisky fresco and some steamy baths become available for public consumption in the same week it would appear to be cause for celebration. And, archaeologically, it is. However, the odd (or fitting, depending on how you look at it) combination of two attractions, which were uncovered last year during what experts are calling a “new golden age” for Pompeii, make for quite an uncomfortable tourism experience.

“Pompeii’s Central Baths (Terme Centrali), which were under construction at the time of the Vesuvius eruption in 79 AD, have opened to the public for the first time.”

“Bigger and brighter than other baths in the city, the Central Baths were designed to meet the demands of the growing population with a large gymnasium, numerous baths, co-ed changing rooms and a ‘sudatorium’ (similar to a sauna),” The Lonely Planet continued. 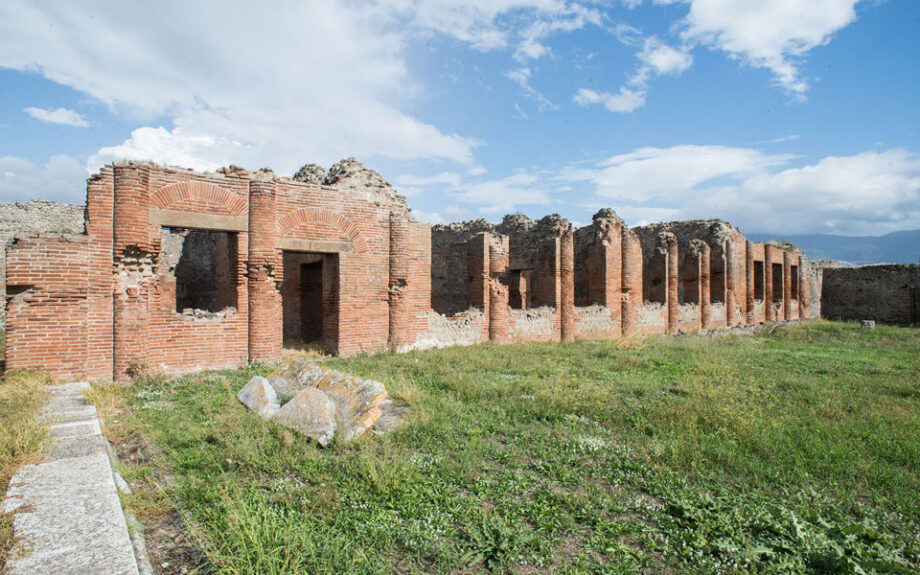 The Pompeii Baths from the outside.

“A newly-discovered fresco was also unveiled to the public this week in the ruins of a Pompeiian merchant’s townhouse in Via del Vesuvio. The remarkably well-preserved fresco depicts the Spartan queen Leda being seduced by a swan, an image that was fairly common in upper-class homes at the time of the city’s catastrophic demise.”

So far so historical. And it’s not like the mural is hanging over the baths – it is in a separate zone (Regio V) of Pompeii. That said, it is on the same tourist trail, and given western tourists’ erotica complex (which we reported on earlier this year), we’re predicting the baths might be less of a ~chill~ experience and more of a ~I can’t get Ledo out of my head~ type one. 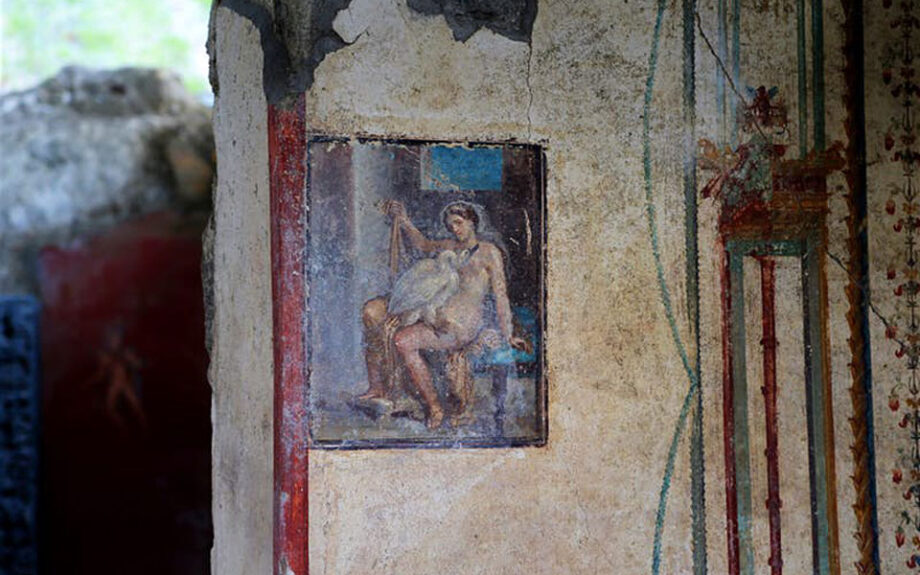 The fresco depicting the myth of Leda and the Swan in Pompeii, taken by Carlo Hermann for Getty Images.

It remains unclear whether the baths will ever be restored (like Wells in the UK) so that tourists will be able to bathe in them (or at least, bathe in the same water, but in a different complex, again, a la Wells), but given the precedent of other similar places, it seems like – even if that happened – you wouldn’t be allowed in naked. An insult to the gods, but salvation for your dad bod.

To cap it all off, as The Lonely Planet reported, “along with the Central Baths and Leda fresco, visitors can now access the newly-reopened House of Golden Cupids.” And it’s now (D’Marge) official: Pompeii is a great place to bring a romantic partner, but a supremely awkward place to visit with a friend.

In any case, despite this titillating trifecta of attractions, the UNESCO site, being one of Italy’s biggest drawcards (and one of the most visited archaeological sites in the world), is probably not going anywhere. Just don’t bring your grandma.