Rob Lowe may have risen to fame as a babyface heartthrob, but as the years tick by (and his peers fall into dermatological despair), his face remains better preserved than an Ancient Egyptian cat.

Lowe appeared on Jimmy Kimmel Live! on Wednesday, stepping out in a sharp black suit with black oxfords and a solid gold Rolex GMT-Master II. 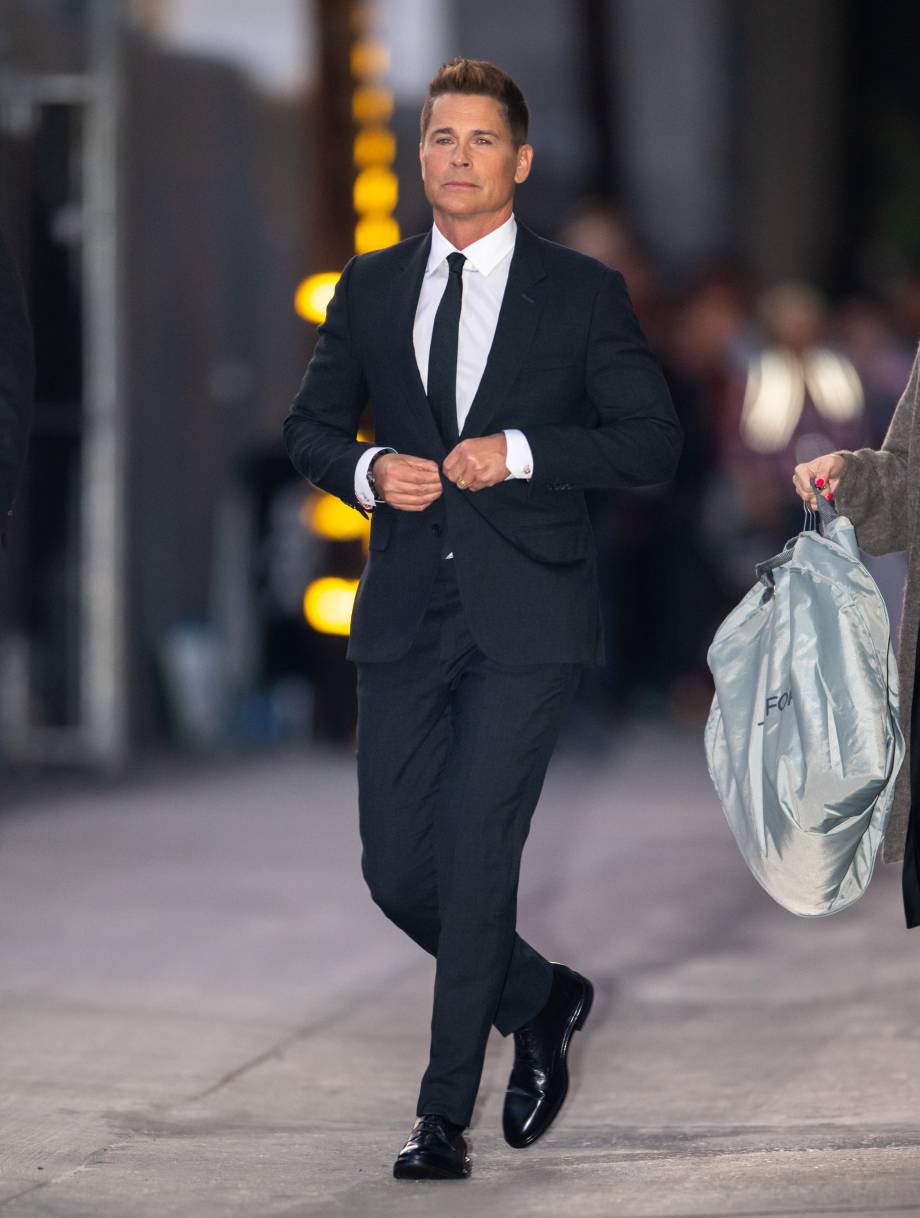 Not one to waste an outfit, he put on a good show, opening up about his friendship with Arnold Schwarzenegger with the same charisma with which he has impersonated Paul McCartney (and talked about amputating an arm) during previous Jimmy Kimmel appearances.

The actor looked comfortable in his fitted black suit, proudly rocking the ‘skinny tie’ look of the noughties (which is now making a resurgence). Oh, and despite the rise of smart-watches in day-to-day life, Lowe’s Rolex GMT Master II provides a timely reminder that, when it comes to formal events, the modern gent is always best advised to wear a classy timepiece. 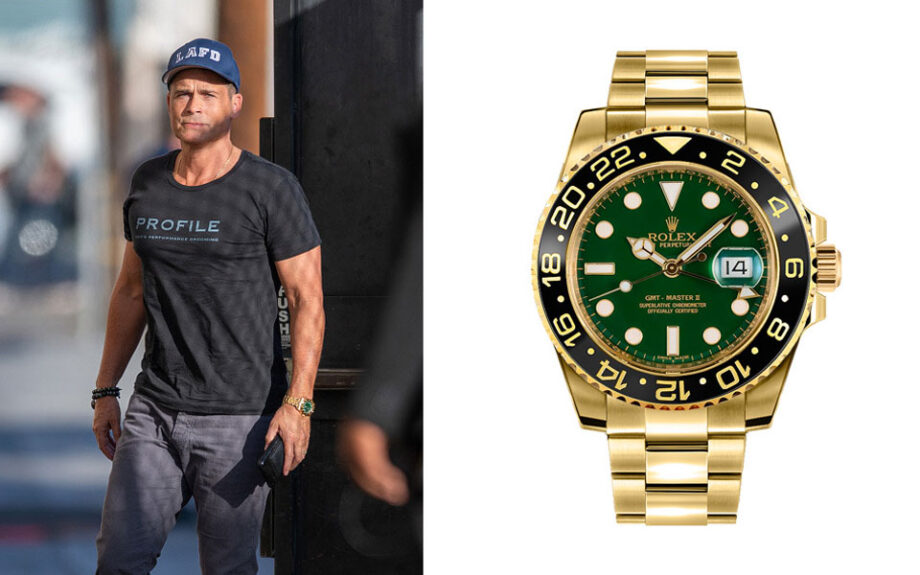 Rob Lowe arrived at the studio earlier in the day, rocking a more casual outfit, but the same watch.

Lowe has been nominated for six Golden Globes and awarded two Screen Actor Guilds (and recently starred in Holiday In The Wild), but his greatest achievement to date is his vampire-like ability to never age.

Hence the commotion around his new skincare range, PROFILE | Cobal: a youth preserving, affordable luxury skincare line for the active man, which he launched in October. The line capitalises on the male market’s growing interest in skincare, and features seven products that cost between AU$12 and AU$17, including a face scrub, shave gel, face wash and an SPF30 face moisturizer.

All up, Rob’s Jimmy Kimmel ensemble (and fresh face) hold two lessons for the fashion-forward gent. First: don’t be afraid to recycle old trends, as long as you do so with pizzaz. And second: age is all in the mind (and in how much you are willing to invest in your skin). So quit whining and – if you notice your complexion start to sag – take action.