Women want to be with him, men want to be him. Not just content with being one of the best-looking men on the planet or having his own brand of gin, Ryan Reynolds also consistently brings his A-game when it comes to style. His casual attire frequently shows us how to own the weekend, but it’s his sartorial dress sense that has caught our eye today.

In fact, we’re rather jealous of the suit he rocked at a fundraising event hosted by The Michael J. Fox Foundation on November the 16th in New York City. Designed by Italian fashion label Brunello Cucinelli – a brand the Canadian actor has been seen wearing on previous occasions – the three-piece velvet maroon suit is a masterclass is luxurious tailoring. And given that his previous Brunello suits have been custom, we’d bet our lunch money this latest is too. 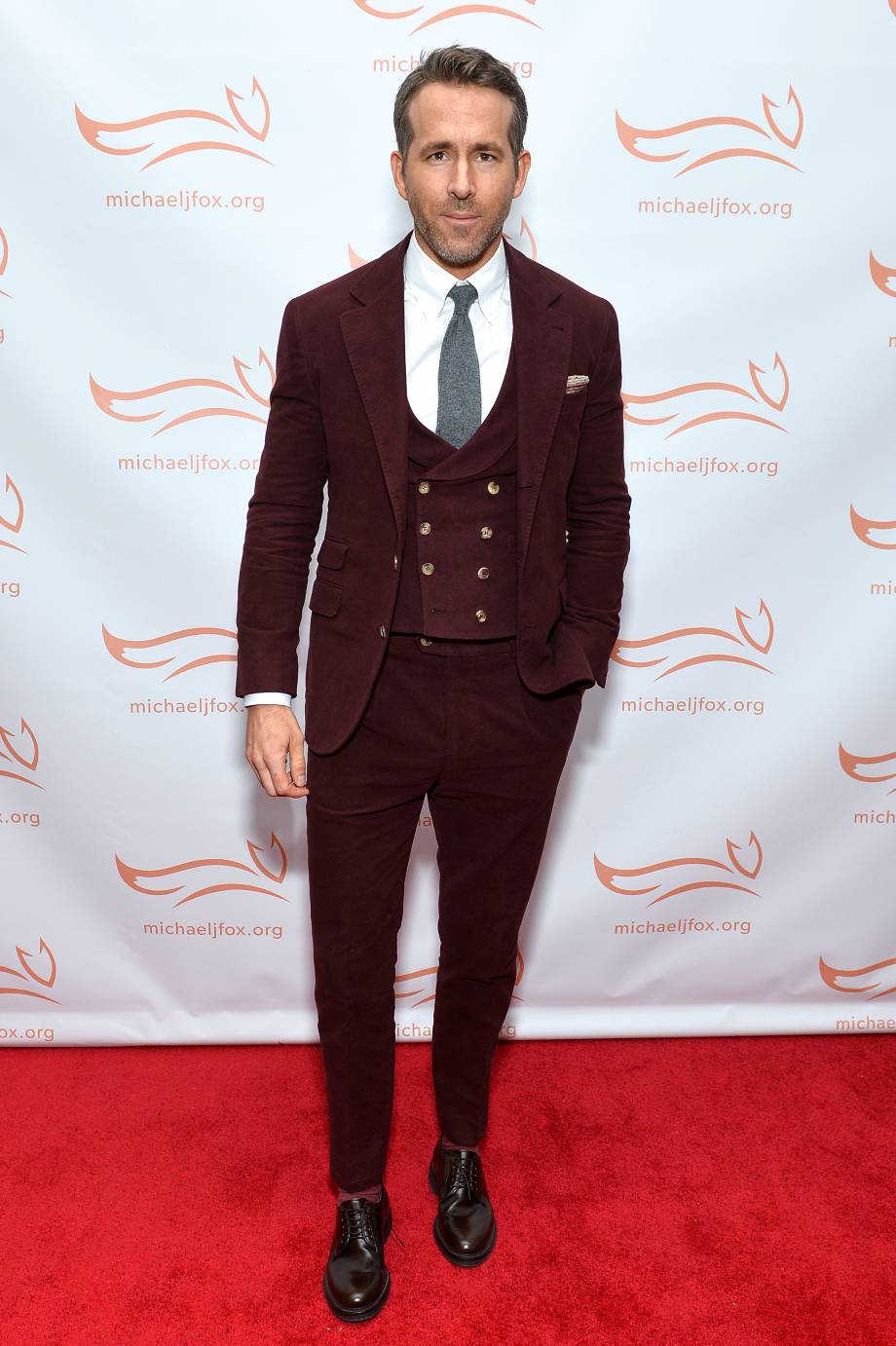 The undone button on his double-breasted waistcoat, pocket square and ankle-hugging pants with complementing socks are all subtle, but essential moves to ensure Reynolds looks more Deadpool than deadpan. We haven’t been able to track down where his Oxford dress shoes are from, but the chunky sole adds an adroit finishing touch.

Reynolds attended the event, titled A Funny Thing Happened On The Way To Cure Parkinson’s, without wife Blake Lively, but was snapped on the red carpet alongside Michael J. Fox and his wife Tracy Pollan. Other celebs in attendance included Julianne Moore, Sheryl Crow, and Joan Jett.

Ryan is set to appear in the upcoming Netflix movie 6 Underground, written by the team behind Deadpool and directed by Michael Bay.

Now, leave us alone while we stare at that suit for a little while longer…