Shawn Mendes’ ‘Crop Top’ Suit Could Be The Next Big Thing

It’s not uncommon for guys to succumb to some sartorial slip-ups every once in a while. Whether it’s an unruly pair of trousers that don’t hang at the right length or a limp and lifeless collar, style errors are unforgivable.

But ill-fitting suits are a completely different kettle of fish. Pop singing sensation Shawn Mendes seems to think differently though, as he stepped out in a suit that takes ‘skinny’ style to a whole new level. Sauntering into the American Music Awards in LA on November the 24th, Mendes rocked a suit that wouldn’t look out of place on a Ken doll. 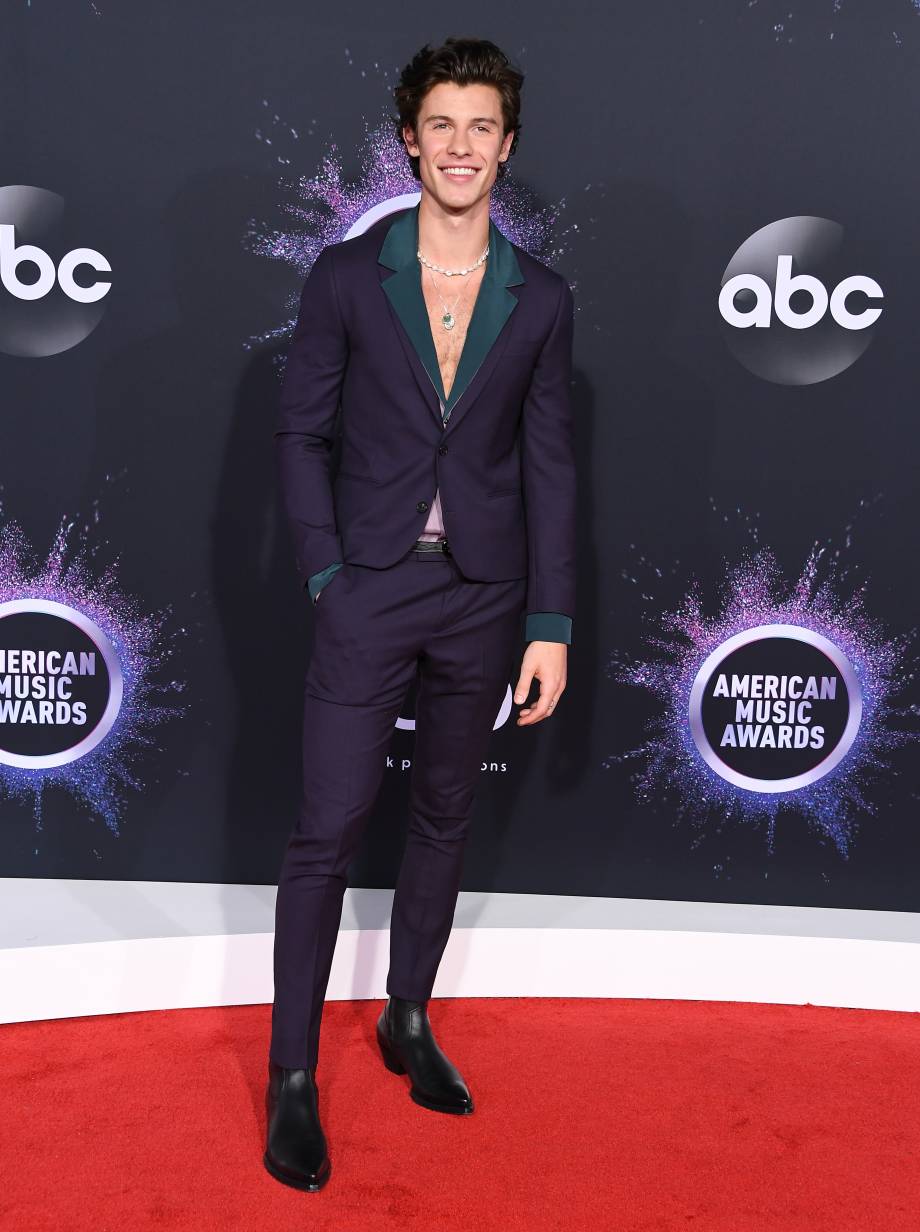 The suit in question is a custom Paul Smith design – a brand Mendes has worn on previous occasions – with the suit jacket being the focal point of the outfit; although crop top would be a better way of describing it. Despite being shorter than what we’re used to seeing on the red carpet, the Canadian singer – who won the award for best collaboration with Camila Cabello – rocks it with confidence, with the deep purple colour complementing the green shirt collar. Mendes teams the suit with YSL boots to complete the ultra-indie ensemble.

Not everyone is a fan of his latest outing though, with several people on Instagram leaving negative comments. Stylist Lauren Paterni said: “Once again doesn’t fit him well at all,” while another referenced the custom nature of the Paul Smith suit, saying: “How do you get a custom suit and it’s not even your size?”.

It’s certainly worlds apart from some of the other styles we’ve seen Mendes wearing. We’ve previously credited him with being the master of dressing down a suit, and he’s even got some clout when it comes to high-end wristwear.

Shawn Mendes may have the figure to pull it off, but we’ll stick to our regular blazer, for now, thanks.