To toggle or not to toggle? 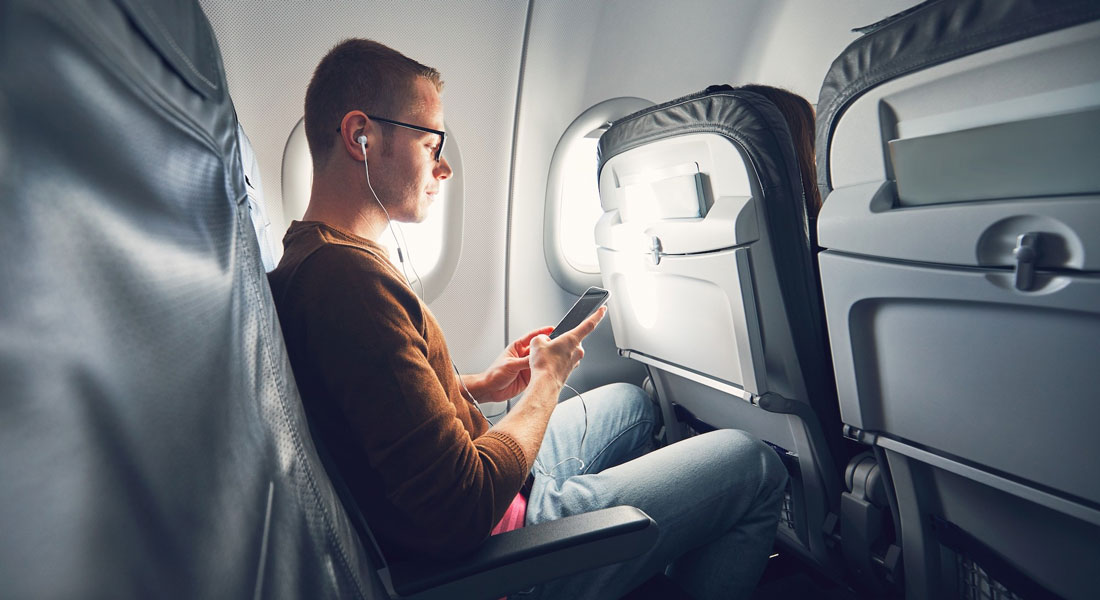 Death. Destruction. Bankrupting phone bills. Travellers have been slammed with myriad reasons they mustn’t use their phone on a plane, with the two biggest being that it’s a security threat or that it will interfere with your jet’s navigation systems.

However, talking to Aviation Youtuber, Instagram sensation and pilot @steveo1kineevo helped D’Marge realise: no, forgetting to put your phone on airplane mode is not going to make your plane fall out of the sky.

So, why the rumours? Well, because pilots would actually rather you didn’t use your phone anyway, so they are hardly going to go around admitting to people that it’s actually not a public offence to use your phone at 40,000ft; it’s just slightly annoying.

“You can hear a clicking in your headset from a cell phone when it’s not in airplane mode,” Steve told us. “That is the only thing I have noticed.”

So why was legislation brought in to prevent people from using their phones mid air? A short history lesson is in order – which takes us back – back even before 2011 when Alec Baldwin was ejected from an American Airlines flight for (becoming disruptive after) being told not to play Words With Friends.

“Since some planes were built before these became a thing, it took a while for the industry to make sure it was entirely safe to use them.”

So even though, these days, “you see iPads and other tablets in the flight deck, which pilots use to store paperwork instead of lugging around big bags with actual paper in… all those devices have been tested extensively to make sure there’s no interference.”

It’s likely yours would be fine too. But, as John points out, aviation doesn’t work on probablys: “One of the reasons why aviation is safer than getting in your car, crossing the street, or even just staying at home (more people are casualties of toilet-related incidents than aviation accidents!) is that airlines and their regulators work with an abundance of caution.”

So pilots are happy for you to believe you could cause the plane to crash if you toggle off airplane mode to Instagram your landing. And even though the chances are minute that you could cause an accident (as John says, “that planes haven’t fallen out of the sky willy-nilly because someone left their Kindle on is the best demonstration that, for the most part, most devices don’t affect most planes”), a couple of isolated incidents have shown it is possible.

“Back in 2011, some parts within specific models of flight deck screen on certain Boeing 737 aircraft proved to be susceptible to interference. How’d we find out that specific combination of planes and monitors — and fix it? During the rigorous testing process to enable airlines to offer inflight internet, that’s how,” John wrote in his Lonely Planet feature.

“Part of that testing process is creating enough electromagnetic interference to represent an entire cabin full of devices of a variety of sizes, including some that are malfunctioning. Pretty much every airliner-equipment combo operated by a major international airline has now been tested.”

So, all up, you’re probably fine. But airlines don’t work on fine: so take the chance to enjoy an enforced digital detox, and turn your damn phone off.