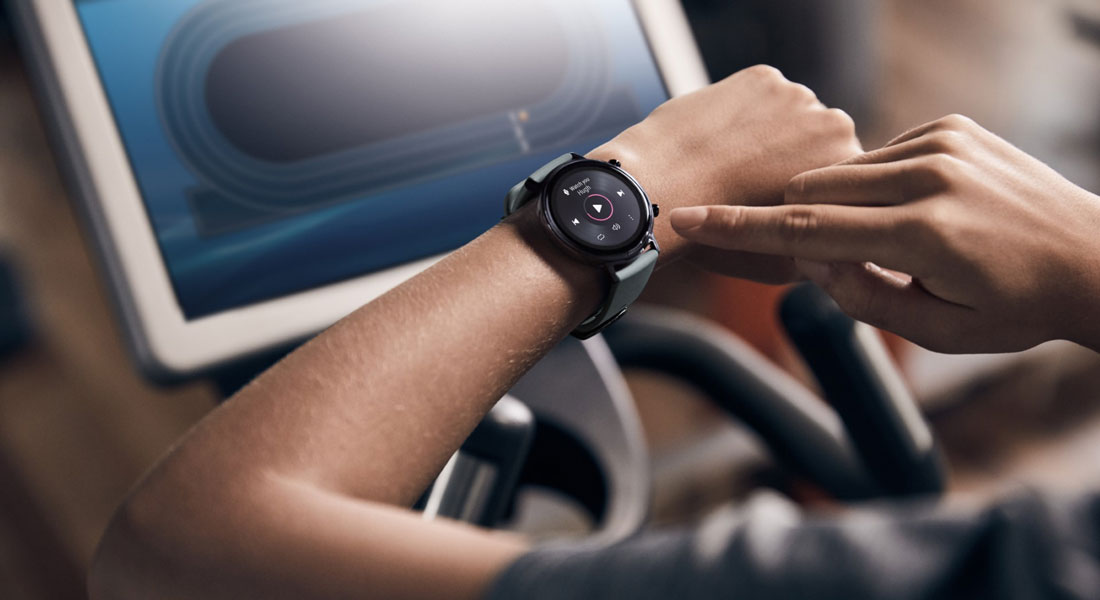 Apple and Huawei are two ends of a very long stick. On one side you have a company that makes glorified jewellery that connects to the internet, on the other you have a controversial upstart rumoured to have stolen its designs from its competition and produced it on the cheap.

However, putting all ethical and reputational concerns aside (not that Apple necessarily escapes unscathed on that front either), as a self-proclaimed Apple fanboy, I wanted to test how Huawei’s AU$340 Watch GT 2 really compares to the Apple Watch Series 5 (which is $649 for the aluminium GPS version, and $849 for the Aluminium 4G version), on a personal and functional basis.

Given D’Marge’s love affair with Apple, this was going to be an interesting task.

First: context. Fitness wearables are no longer ‘new’. They’ve been around for years now (heart rate monitors have been around since the 1980s, for example), with each year and generation bringing with it a new wave of technologies designed to improve our workouts, get us exercising and help us to look and feel our best.

Chinese technology giant Huawei has been in the game for some time and has just released its latest creation, the Watch GT 2. As the name suggests, it’s the successor to the Watch GT, but on the face of it, you wouldn’t be able to tell that Huawei has actually made any changes. Physically there’s little to differentiate the two models; it’s under the hood where Huawei has tinkered about.

I spent 20 minutes working out with celebrity personal trainer Corey Caillet to see how the Huawei Watch GT 2 felt (and performed) as a fitness companion. PSA, the watch fared far better than myself. And even though I have not (yet) put the same time in with the Apple Watch Series 5 (stay tuned), I thought I would share some of the surprising features many Apple snobs (read: me) might not expect to enjoy about the Huawei Watch GT 2.

Observations of an Apple Fanboi

Apple may make sex sticks that f*ck your ears, but Huawei makes wrist candy that’s easy on the eye. And while many mid-end fitness wearables are ugly, Huawei has got the styling just right. While we think a traditional timepiece is the ultimate stylish accessory, the Watch GT 2 has a variety of faces to choose from, and the strap can be changed out as well, so you can change the look when you leave the boardroom and head into the gym.

News flash: Apple isn’t the only company that makes goods that work. In fact, the Huawei Watch GT 2 is arguably better as a tracker than a smartwatch. It can track a vast range of activities (15 in total) including running, hiking, cycling and, thanks to 50-metre water resistance, swimming too. The water resistance also helped repel the vast quantities of sweat pouring out of me during my nightmare workout. So if you’re just after a suave fitness tracker with basic to good smartwatch functions, there’s really no need to spend the money on an Apple Watch. 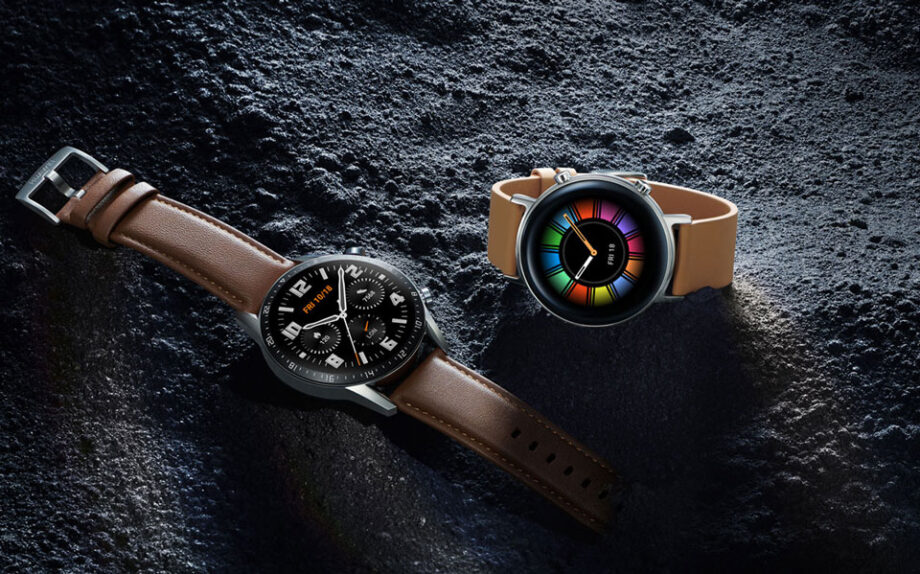 Apple isn’t the only company that makes things personal

The Huawei Watch GT 2 is your personal trainer away from the gym. So if you have a PT at the gym – and if you do, we hope they’re a good one – then you can continue being told to keep going when you’re not in session. If you set a goal for a three-mile run, for example, and the Huawei Watch GT 2 detects you slowing down halfway through, it will gently remind you to keep on pushing to reach your fitness goals. If you continue to ignore it, it might just turn into your wife. We’re not sure, we obeyed its first command through fear of finding out.

It’s not a generic, ‘one size fit all’ product

While it may not appear that Huawei has made many aesthetic changes for the GT 2, the company now offers two case sizes: the same 46mm as before and a new 42mm. The smaller size means those with smaller wrists don’t need to feel hard done by.

It has insane battery life – much better than the Apple Watch

The main issue currently affecting fitness wearables is poor battery life. The Apple Watch, for example, needs recharging virtually every night. The Huawei Watch GT 2 laughs in the (watch) face of Apple’s creation, lasting up to two weeks on a single charge (the smaller 42mm model gets a seven-day battery life). And that’s without rationing how much you use it, but using the full suite of notifications, activity tracking and heart rate monitor. Hats off Huawei.

Apple doesn’t have a monopoly over ‘companion apps’

We get it: the Companion App is your health bible. But that doesn’t mean you have to stick to one company: as with the Apple Watch, Huawei has a companion app available for Android and iOS devices. Once you’ve paired it with your Watch GT 2 you can start keeping track of your daily, weekly and monthly fitness goals. Other features including being able to monitor your weight loss/gain depending on your preferences, daily calories burned, sleep activity and more.

Leave the phone at home

If you’re someone who likes to walk, run or cycle outdoors hands-free, without having to hold on to your phone with the tightest grip imaginable, you can be safe in the knowledge that the Watch GT 2 has some onboard storage for storing up to 500 songs. It can connect to Bluetooth headphones too, and because it has GPS built-in, it can track your movement without the assistance of a phone. Unfortunately for iPhone owners, only Android users can take advantage of the music feature.

It can help you sleep better

The Watch GT 2 isn’t just designed to be worn during your daily workouts, but it can track your sleep as well. Science says you should get at least one to two hours of proper deep sleep every night, and spend your entire sleep uninterrupted. The Watch GT 2’s TruSleep technology can analyse your slumber so you can see what happens during the night, giving you the information you need to get a better night’s rest.

You needn’t worry about it feeling uncomfortable or digging into your wrist either, as it’s incredibly lightweight and has curved edges on the bezel, so you’ll barely notice it’s there. 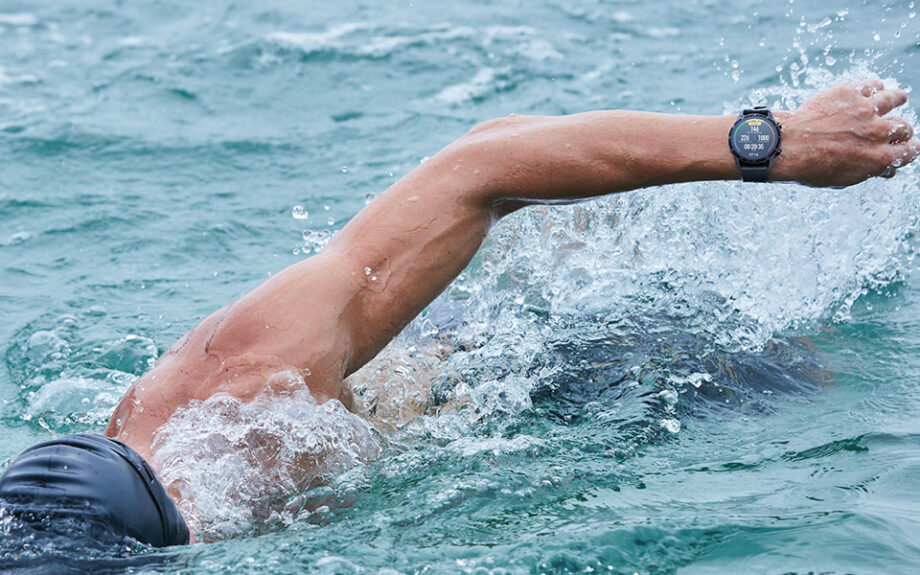 We’re keen to put the Watch GT 2 (and the Apple Watch Series 5) through longer and more varied workouts, so stay tuned.