Why The English Will Never Understand Australia’s Obsession With Coffee

English coffee has a latte problems. 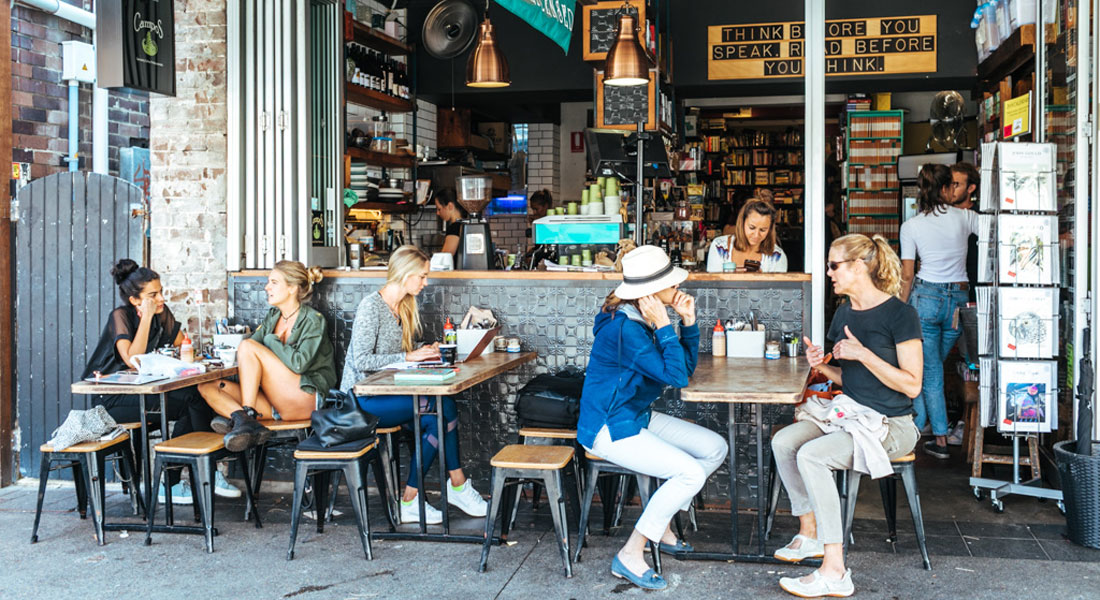 “Super frothy spelt milk latte with pumpkin spice, please.” Come again? Coffee orders in Australia can range from normal to absurd in a matter of seconds. Don’t believe us? Go stand in line at your local Aussie cafe (they’re all over the world, so it shouldn’t be hard to find one). It’s this love for the coffee bean that sees Australians consume around 2 kilograms each every year.

Growing up, I was never a big coffee drinker. If I was to ever have a hot drink, it would be a hot chocolate or a lovely cuppa tea. As I became older and realised that I’d probably be tired for the rest of my life, I decided to give coffee a try for its caffeinating benefits.

But living in the UK, the only real choice when wanting a cup of Joe is to go to a chain coffee shop such as Starbucks, Costa or Cafe Nero. I’m acutely aware that any Aussies reading that last sentence have probably just vomited in disgust. It’s no wonder there are just 39 Starbucks locations throughout the entire continent of Australia. Compare that to the estimated 246 locations in Greater London, and it’s clear that corporate coffee chains are seen as the devil in this part of the world.

I was always told that coffee in Australia is vastly superior – Melbourne is consistently voted as having the world’s best – but I was shocked at just how much better it was when I made the move to Sydney some 18 months ago. There is a completely different attitude to coffee culture in Australia that I plan to drink the most of.

Australians love the stuff, so much so that being a barista is a genuine career option for many, and you can even attend classes to learn how to create latte art. It’s no surprise, as cafes tend to be rated on the skill of their coffee chefs alone. The result is much tastier than what I was used to back home, and thanks to the variety of independent coffee roasters available, I’ve found myself being able to pick up differences in the taste of beans with ease.

I recently made a trip home for a couple of weeks and, with some hesitation, ventured into my local Costa coffee. After the first few sips, I actually found myself questioning my previous liking for the UK’s largest coffeehouse chain. I’m hoping I can stay in Australia for as long as possible, not only because I love the way of life over here, but also because I don’t want to have to go back to drinking garbage.

As most backpackers do when they arrive on Australian shores, I got myself a job in a cafe, where I was able to witness first hand what goes into giving Aussies the drink they have a deep, deep (some would say too deep) love for.

So far so Sydney.

However, as I mentioned at the start of this piece, some of the orders I’ve seen come through on dockets have astounded me. Extra hot macadamia milk flat white with chocolate sprinkles and half a packet of equal. How do you find out this is the way you wake up? I’ll stick to my full fat latte, thanks.

I don’t need an inspirational quote, I need coffee! ☕️

Not only is the coffee better tasting on these shores, but the very act of going for a coffee is different from what I’m used to as well. Morning walkers, surfers, and kids that have just got out of school will all catch up over a cup of the good stuff without giving it a second thought. Back in my homeland, however, coffee tends to be reserved for shoppers requiring a quick pick me up before hitting the stores.

It’s a fascinating cultural divide that I believe the UK can, and should, learn from (even if the notion of having a coffee order you have to take a breath in the middle of remains an absurdity we will never understand). If I ever move back home, I’m going to make it my mission to take great-tasting coffee with me – just not the obscure orders.