Time to cut down on the Oprah Tinfreys. 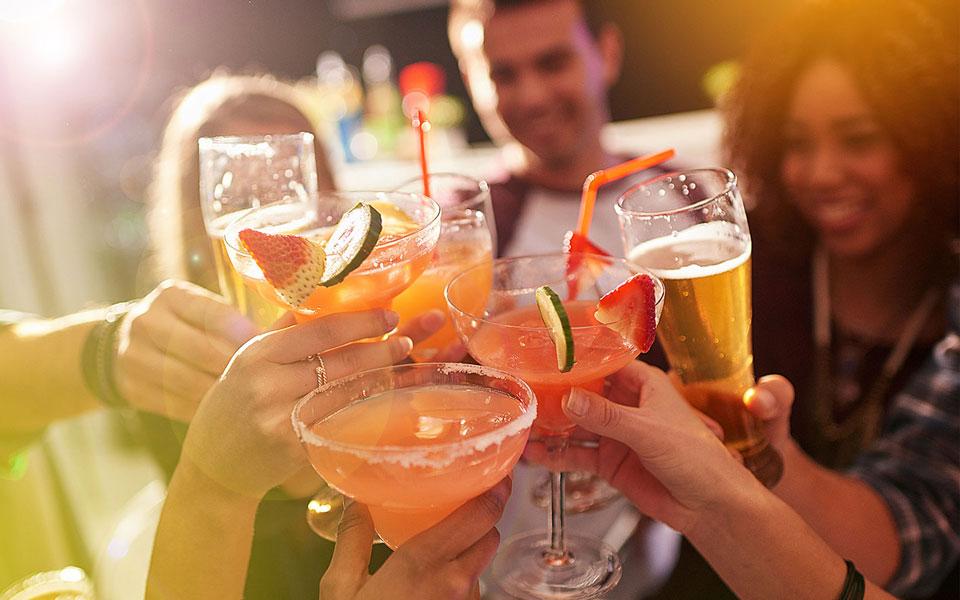 It’s not an unknown fact, Australians love any excuse to get on the sauce, and Christmas is up there with the Melbourne Cup and Australia Day. But, despite its pros – boosting self-confidence and being the glue of social situations to name a couple – alcohol has its share of negatives, too.

It’s a point The National Health & Medical Research Council is keen to stress, and, to that end, has recently updated its guidelines outlining the steps we can all take to help reduce the negative health effects drinking brings. Just in time for Christmas. The news will be welcome by Alcohol Beverages Australia, who called for a revision just a few months ago.

It’s the first time the Council’s guidelines have been revised in 10 years, and they now say we should be a little more restrictive when heading to the bar, or to the alcohol cupboard, for “just one more”. Previous guidelines said we should have no more than 14 standard drinks each week, but the new set released on Monday the 16th of December have now reduced that number to 10 standard drinks per week.

While that may seem like a shock – and potentially impossible – to Australians nationwide, the NHMRC adds that this is just “advice”, and goes on to say that drinking even less than this amount will lower your risk of “alcohol-related harm” even further. It’s a no-brainer, really.

And if you think you can effectively beat the system and have those 10 standards in one day and save yourself for the following week, the NHMRC has evidence to suggest that if you do so, your risk of alcohol-related harm is more than doubled than if you spread them out over the week.

The Council remains stubborn adamant that we should have no more than “four drinks on any one occasion.”

But the NHMRC hasn’t come up with these guidelines to be party poopers. Instead, they’re based on research and evidence, particularly the fact that there are now more certain links between the amount of (alcohol weighted) arm-bending we do and the chance of contracting various cancers.

Teenagers and pregnant, or soon-to-be-pregnant women have had targeted advice made more clear, too.

Youngsters under 18 shouldn’t touch alcohol at all. Previously, 15-17-year-olds could dabble with drink, but in a safe environment, although they were advised to delay their first sip of the good stuff for as long as possible.

Expectant mothers have also been told to steer clear of booze, as ultimately it’s the safest practice for the baby.

While the guidelines aren’t specifically aimed at Christmas parties and the like, their publishing date has come at a rather coincidental time. Pointed, if you ask me.

The Council will be all too aware that not many of us will follow them at this time of year because just listening to some of our intoxicated colleagues requires five beers right away, and then, of course, there’s the drinking to forget what happened the night before. And at office Christmas parties, that could be anything.