Bringing the eggplant emoji to life. 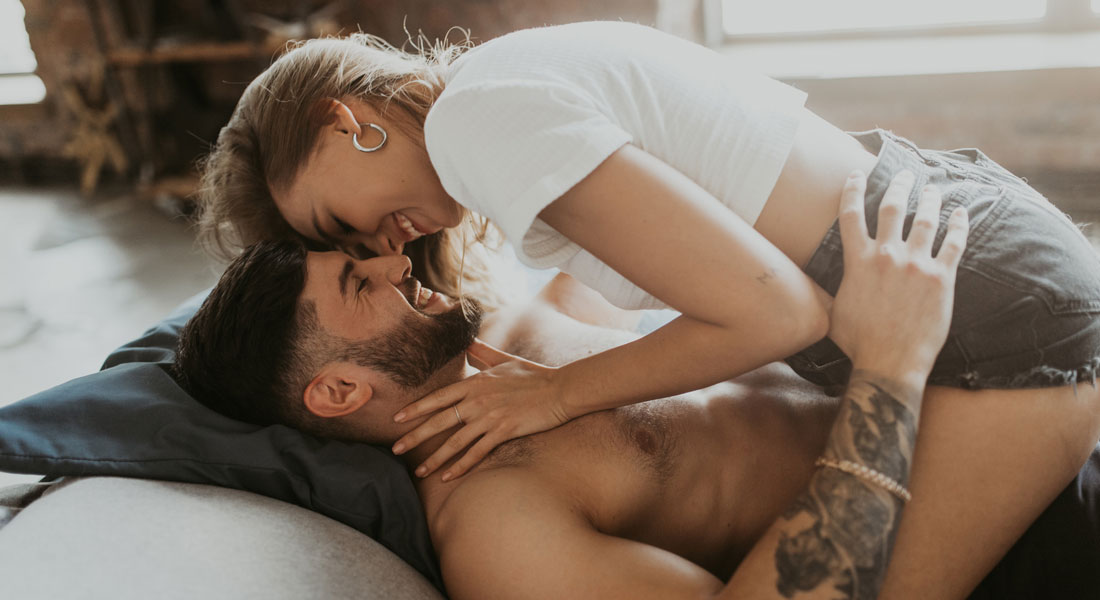 When it comes to the exciting side of dating, we’re often told that keeping things short and brief will result in a one-way ticket to nowhere. But being too enthusiastic (read: emojis) has always been considered ‘basic.’ Well, for those of you with a reliance on pixels and GIFs, we have good news: this is no longer the case.

At least, that’s what a recent study by AN Gesselman, VP Ta & JR Garcia suggests, finding that keeping your words to a minimum but your emojis to a maximum could result in more real-life ‘eggplant & peach emoji’ situations.

Gesselman et al. say that modern daters have had to adjust the way they approach relationships because we most commonly interact with others through “computer-mediated communication” (CMC) via apps and social media. This is a far cry from the way previous generations courted one another: “they had the opportunity to observe their body language and voice, engage in touch, see them interact with others, and so on.”

According to the study, because of the new modern way of interaction and the desire for multiple potential partners, we’ve had to “develop quicker, shorter ways of presenting ourselves” and emojis could just be the perfect tool.

This is because sending messages to someone else may not always convey the tone with which they’re meant. Emojis don’t suffer from the same obstacle, as they can be used to express emotions and can help to alleviate bad situations, or make funny ones even funnier. And because the same emoji are used the world over, everyone should have the same understanding of what they mean.

Gesselman et al. tested the theory that emoji and emoticon use can result in more successful intimate relationships on a sample of singletons from the US, aged between 18-94 and with a mixture of races and sexualities. The researchers specifically included emoticon usage in the study, to include those who used smartphones before the introduced of the emoji characters we have today.

While a fair chunk of the participants admitted to never, or hardly ever using emoticon or emojis in messages specifically with dates, the overall results found that nearly 30 percent of the sample did so on a regular basis.

The general consensus was that participants used them to give messages more personality and to offer a better passage for self-expression. But the most important takeaway from the study was that emoji used was positively associated with more first dates and more frequent sexual activity over the course of a year.

The study was replicated, but this time accounting for second dates and further meet-ups. While the results of the study found no connection between emoji use and the number of first dates, it was found to be relative in maintaining a connection with those first dates. Participants who used emojis more frequently when messaging potential dates before the first meet up, were more likely to engage in sexual behaviour and to have established a relationship with that person.

The results, then, are pretty conclusive. If you’ve found yourself going through a bit of a dry spell lately, wherein you either struggle to set up an initial first date or you aren’t able to go all the way with a newfound ‘friend,’ flick over to the emoji keyboard and good times will (hopefully) lay in wait.