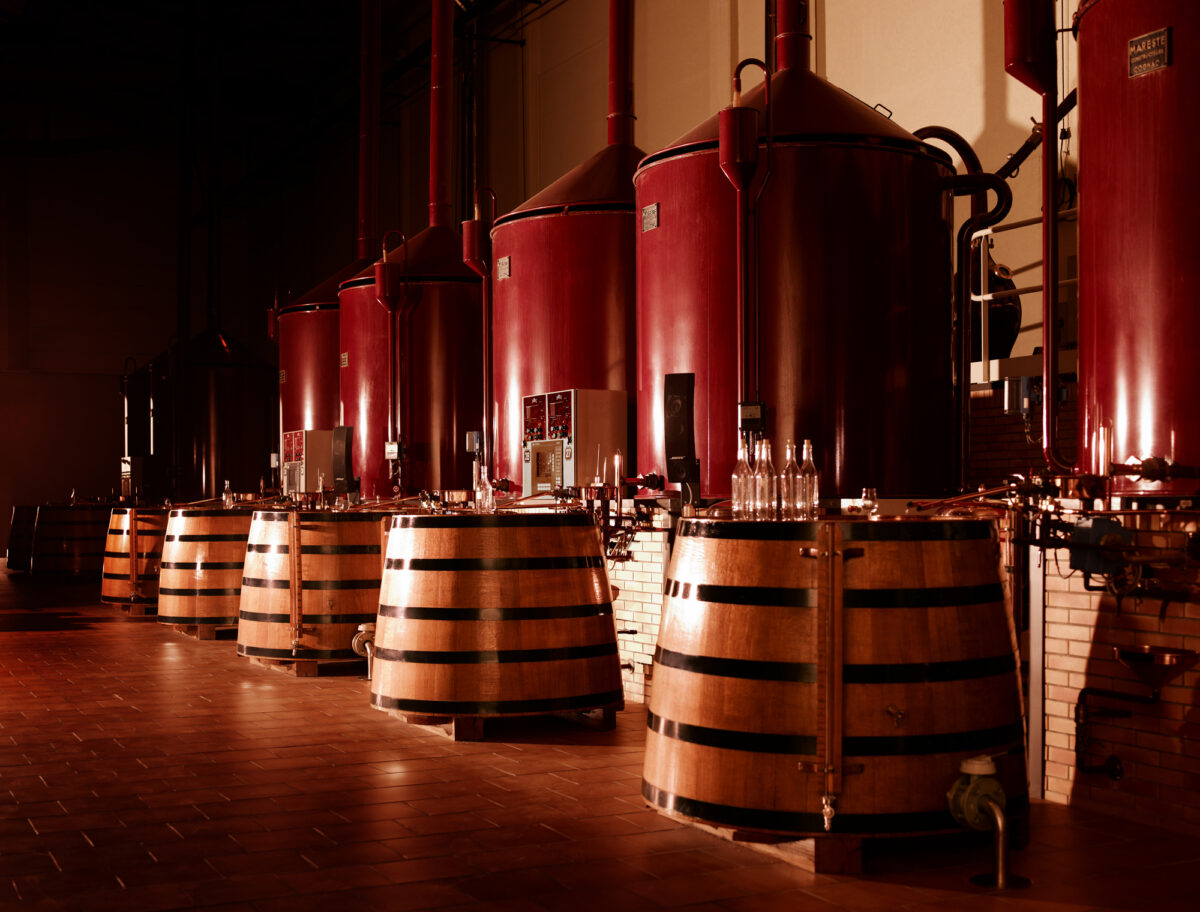 This feature has been produced in partnership with Martell Blue Swift

It’s no secret Cognac and whisky drinkers belong to two very different crowds. The first enjoys the subtle and refined flavours of brandy only a grape could produce while the latter celebrates all things grain and the kind of punch only barley can deliver.

The age old battle of grape VS grain has both divided and united bartenders, mixologists and chemical engineers in the distilling business. Bartenders across the world have long tampered with the classics in attempts to put their own spin on them or conjure up something completely new. Some even play with both.

But has there ever really been a home for the man in the middle? The cocktail connoisseur who can appreciate both a classic and an XO Old Fashioned. He who knows a Sidecar from a Sour yet appreciates both equally. One who takes a whisky neat, his brandy too.

Well, it turns out there just might be. As boundaries continue to be pushed in both the whisky, cognac and dark spirit industries, one three-century-old distiller has found the light. Produced out of no other than Martell, a Cognac house founded in 1715, this new age dark spirit might just turn even the most prestigious of whisky drinkers and the finest of cognac connoisseurs.

From a 304-year-old distillery known for producing some of the world’s finest Cognac comes a hybrid – introducing Martell Blue Swift. Legally referred to as a Spirit Drink, this one of a kind dark spirit is challenging the status quo and is bound to turn heads in the industry. 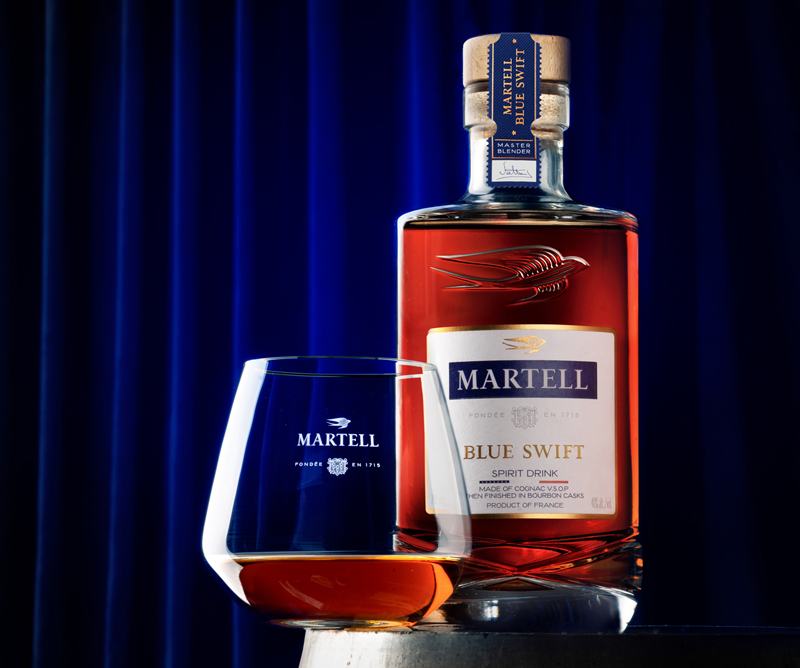 Martell Blue Swift begins life in the Very Special Old Pale (VSOP) process, first produced as an eaux-de-vie. Not to be confused for a popular Sydney speakeasy which borrows its name, eaux-de-vie is actually French for “water of life” and refers to a clear, distilled spirit made from fruit, including grapes. At this point the spirit is very light in flavour and it’s the next step of aging it in French oak barrels which packs the flavour. A minimum of four years in barrel sees hints of vanilla and spice released from the woods of Limousin and Tronçais forests. The final step is when Martell Blue Swift goes above and beyond.

It’s no secret that maturing spirits has been rather fashionable in the industry over the last five or so years. Most see to maturing a fine whisky or wine in sherry or port casks for a few months to change the final note. Martell Blue Swift, on the other hand, does it a little differently. Matured yes, sherry or port? No – try bourbon. This is where this new age dark spirit gets a rather flavoursome finish.

What happens when you take the rigorous approach to cognac and finish it by maturing the flavour in fine Kentucky bourbon casks? The result is a dark spirit familiar in flavour yet more distinguished than you can remember.

On the nose, its caramelised pear notes paired with the subtle sweetness of vanilla, coconut and spices. On the tongue, a sensation of well-rounded, generous flavour with hints of ginger and candied fruit, followed by distinctive notes of toasted oak from its Kentucky bourbon casking. In the glass, a rich and beautiful copper colour with golden highlights sure to bring out the best of any nick and nora or snifter glassware it’s served in.

How to enjoy it? Bridging the powerful notes of whisky and the finer flavours of cognac, Martell Blue Swift, as a dark spirit, is rather versatile. A dark spirit that’s both flavoursome and sweet can be enjoyed a number of ways from neat to on the rocks or even mixed. If you’re one to put your own spin on the classics then you need to try a Swift Old Fashioned. This flavourful take on the classic old fashioned sees Martell Blue Swift replace whisky while using both a cherry and an orange peel garnish to bring out its full flavour and aroma.

Another successful take on a classic lays within a Swift Sour. This edgy classic takes the unorthodox approach to a Sour by using 10 mls of orange juice – a lesser-known secret which draws on the acidity of the citrus. Switch out the whisky portion for Martell Blue Swift and using the typical ingredients which include lemon juice, sugar syrup and egg white, this creates a smooth and unassuming Sour that would please even the toughest of critics. Just don’t forget to shake without ice first to break up that egg white.

Why should you give it a go? The best things in life are better shared and alcohol is no exception to that rule. What Martell Blue Swifts represents isn’t simply innovation in the industry but a combination of culture. In 1783, after almost 80 years in the industry,  Martell was the first to ship its Cognac barrels to the United States of America. This expeditious feat was exemplary of the brand’s early attempts to captivate markets and evolve the industry. In fact, the brand’s logo of a Swift bird, stencilled on the bottle, stands for exactly that: A species of bird known for flying long and strenuous journeys to achieve a goal.

Curiosity killed the cat was never the case for Martell. Instead, the brand believes in the power of curiosity. This new dark spirit is the brand’s proof of going the distance to adhere to its motto. A celebration of both French and American innovation with a new age liquor as the outcome.

For those unfamiliar with either cognac or whisky but eager to learn what makes them two of the world’s finest spirits, Martell Blue Swift is a great place to start.  For the connoisseurs and proud single spirit drinkers, this is one worth getting out of your comfort zone for. The brand’s history is proof of a tried and tested method of producing premium alcohol. If a cognac house over 300-years-old can push the boundaries then surely you could too. You’ll never know what you’re missing if you don’t.