The Rolex Pepsi Inspired ‘Q Timex’ Is Back In Stock

Almost as good as the real thing. 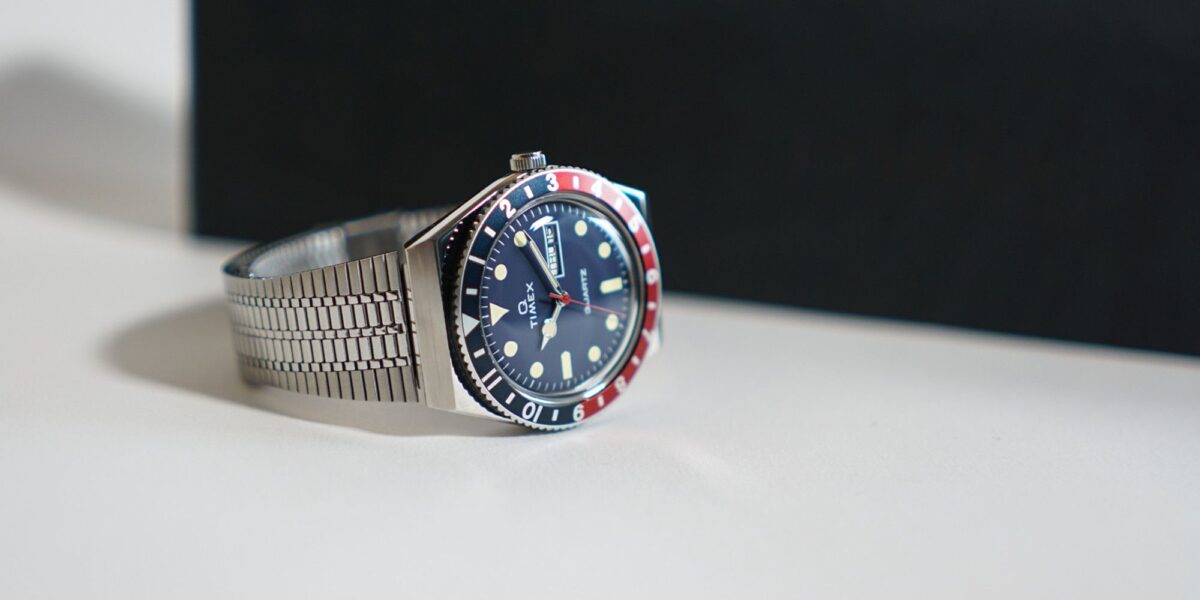 A few months ago Timex re-released one of their 40-year-old classic steel men’s watch models. The TIMEX Q is a quartz watch that has touches of some of today’s’ most exclusive models. Like that Rolex inspired Pepsi bezel which people just can’t get enough of. So much so the Timex Q sold out in minutes last week via the Timex US website.

We’re here to tell you it’s back for a limited time at Huckberry.

The Timex Q is one such model and it dropped overnight and can be yours for $180. Best hurry up before it sells out again.