The Embarrassing Mistake Every Tourist Makes In Paris

“Common sense is not so common.” 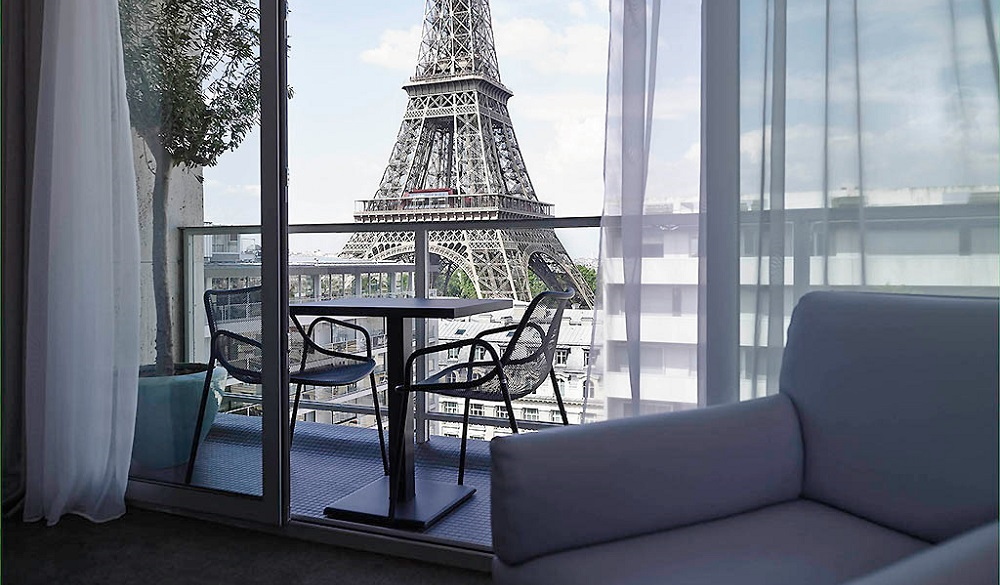 From pretending to smoke to coughing up 60 euros for a ten-minute taxi ride, there are a number of forgivable faux pas tourists make in the city of Surly Serveurs. Then there’s drinking so much Grand Marnier you think you can speak French, getting your hair cut like Camus and taking ‘basic bro’ photos underneath the Eiffel Tower. These are less forgivable, but still not cardinal.

However, there is one mistake tourists keep making which is giving Paris Pilgrims everywhere a bad name. That mistake? Leaving hotel reviews that make Sartre’s Nausea look reasonable.

This growing branch of absurd Tripadvisor literature is caused by a misunderstanding of the premium of space in Paris, and ignorance of the Parisian attitude to life. While this is particularly common amongst tourists from places like Australia, the United States and England, drop-ins from the more spacious parts of France fall prey to it as well.

What is it? Getting to Paris and then complaining that your room is too small, and that the service is bad. And even though you may have been low key expecting both these things, even the most aspiring cultural savants among us are likely to flinch when we realise we’ve payed through the nez for a glorified broom cupboard (and a withering glare).

Alas, our reaction only goes to prove Voltaire’s observation, “Common sense is not so common,” was on the money; instead of going out and embracing the Parisian “live life in the street” mode de vie we hunch over our laptops and write filthy reviews.

Of course, there are some situations when travellers’ fury is justified; it is possible to unwittingly end up in a makeshift brothel or an establishment with no toilet except an outdoor dunny. But even setting these horrific stays aside, there’s still a gap between tourists’ expectations and the Parisian reality.

Example one: Saeed, (presumably) a Persian prince from Iran, who concluded his budget hotel room in the heart of Paris was not fit to stay in for “even one hour” because it was “too old and too small for two people,” had an “uncomfortable” bed and a toilet that was “old and too small,” all of which he took to Tripadvisor to express.

His review was then picked apart by locals, like Alex from France, who said, “Listen, this not the Ritz but a 2 star (1 actually) hotel in south Paris…. It’s a low cost hotel for overnight or a few days so you can attend to your business meetings or just visit Paris. Period.”

This proved to be a common theme, with further tourists making the same ‘negative space’ observation time and time again, ironically enough, with (almost) all of them making the mutually exclusive claim, “Worst hotel in Paris.”

Our second example comes from a woman who stayed in a 2.5 star Montparnasse hotel which advertises itself on its budget-friendliness and proximity to landmarks, who, after staying, wrote on Tripadvisor, “Worst hotel experience ever. Small rooms bad service.”

This is followed up by a multitude of similar rants, from one man who took to Tripadvisor to complain about a similar budget hotel, (“nothing like the pictures in the web site, No elevators, super small rooms, the bathroom was small and disgusting, the reception woman was rude, not help at all,”) to a guy who took particular offence at the demeanour of his – again – 2.5 star hotel.

“Please I advice anyone coming into this hotel to be careful. This the worst hotel I ever seen in my life . Very dirty like a house of a prostitute . The rooms smells, and the manager is very rude and just there to get any money from people . This hotel needs to be close because it does not merit to be called an hotel . Pls be warned.”

Further reviews of poor Parisian service can be found all over Tripadvisor, with our personal favourites including the woman who received a deconstructed ham sandwich…

“Service is really bad and breakfast is really poor and outrageously expensive. Room are NOT good for the price and the place is surprisingly small. I wouldn’t recommend this hotel. I asked for a HOT Ham and cheese toast and they brought I ham separated and Cheese separated and toast separated with bad mood on top of the bad service. It destroyed my days in Paris.”

… to the more complaint of the man who felt like his hotel staff were stricter than The Biggest Loser coaches: “they were extremely rude, my son wanted to grab a few of the free candy on the reception and they screamed at him, saying that he is allowed only one.”

“Overall, really terrible customer service, horrible accomodations and a lot of deception. We will never stay at this place again.”

While we have no idea whether these guests were all treated as badly as they say; two aspects of Parisian culture renders our ignorance irrelevant. First: rudeness is as much a part of the Parisian culture as resting bitch face is to an arrogant influencer’s visage (and if you don’t experience it, as numerous famous intellectuals have explained, you ought to be disappointed, not relieved).

Second: the whole point of being in Paris is to be out and about, so you really shouldn’t expect rooms the size of the Taj Majal unless you drop top dollar (and especially not in a two-star stay). On that note, the observations from a Kiwi couple who lived in Paris for four years can help us all set our expectations of Paris a little more accurately.

Moving into a studio apartment in the Gambetta neighbourhood, in the 20th arrondissement, which measured 21 square metres (15 square metres smaller than the standard double garage), the couple explained on Domain how, although it was initially a shock, it was much easier once they adopted the Parisian mindset: “In Paris, for a couple to live in a studio is not extraordinary. It’s a densely populated city where apartments are the norm and most people, especially young people, don’t expect to live in large spaces.”

“Instead they live a lot of their lives out of their apartments. In a city where kitchens and dining spaces are often small, delicious cheap restaurant options abound; Parisians make great use of public spaces like parks and town squares, and it’s totally acceptable to linger for an hour over a single espresso in a cafe.”

The couple also found that living in Paris taught them to be more conscious of what they bought, and not just in terms of objects: “French people are in the habit of shopping for food more frequently and, in my experience, more thoughtfully.”

“There are few large supermarkets within Paris but most people buy bread fresh on the day they want to eat it. A wedge of cheese here, a few slices of cured meat there – when you have the equivalent of a beer fridge and one shelf to store food on, you don’t have the means to stock up (nor the corners in which things go off before you get to use them).”