“The most ‘first world’ problem since the start of NATO.” 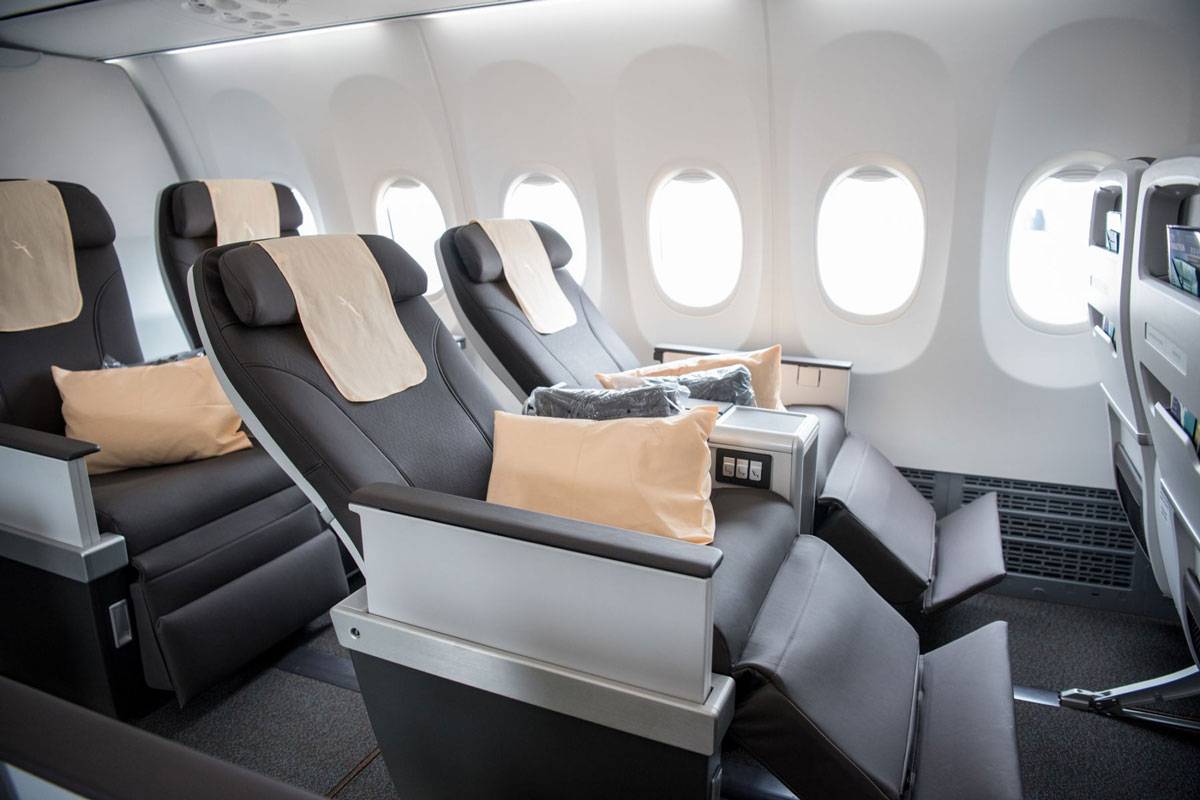 Comfort or style? The question has haunted business-class travellers since (practically) the beginning of time. On one hand: you’ve earned the right to be snug, on the other, if you want to fit into the world of champagne tipples, you want to dress the part.

But at what point is something disrespectful? And where, exactly, does a dress code go from ‘fair enough’ to snobbish?

This has been a topic of hot (pant) debate among the Australian travel contingent of Twitter, after the news broke last week that Qantas refused a passenger entry to their Sydney business-class lounge for wearing activewear.

Clarification: This is NOT a dresscode issue, I support a businesses right to enforce equitable dresscode standards. However, My husband was allowed in no problem wearing this. While I was kicked out wearing this. My issue is that standards should be equitably enforced @Qantas pic.twitter.com/HSbLVc4W62

That passenger was fitness model Eva Marie, who shared her indignance via Twitter. While she calls it a matter of gender inequality, many Twitter users (and, evidently, Qantas), believe it is simply a question of standards.

In any case: while some Twitter users agreed with Eva…

You should ashamed @Qantas pic.twitter.com/rodudZWRi3

… others said her husband was lucky to have gotten into the lounge.

And your husband can bugger off too, should have been kicked out – and had I seen him in the lounge I would have approached the lounge staff and asked them to eject him too.

Others, meanwhile, said it’s a question of rules (and good taste), not gender.

If your husband was in a singlet board shorts and thongs he would have been denied also. T-shirt and shorts are fine however. Read the dress code protocol. No one in the business lounge wants to see someone sitting in there in track pants.

… in fact, as far as we can tell, the general sentiment is that Qantas got the decision right…

Since when is a T-Shirt and shorts active wear? That’s just about what everyone in Australia wears in summer. Had he been wearing a singlet, then yes, he would be denied access also. Don’t even try to claim sexist discrimination here.

Should’ve flown @VirginAustralia, from the look of today’s lounge you can wear (or not) anything!

The incident then spawned a News.com.au think piece, by journalist and (apparently) business-class traveller Melissa Hoyer, the gist of which was: “I am sick to death of seeing people jumping onto a plane looking like they are heading to pick up a few on-sale hotpots at Aldi.”

“Since when did flying at high altitude give travellers the right to a sartorial leave pass? I’m not saying you need to wear a three-piece suit or flirty party dress on your next flight, but is it that hard to match the words ‘neat’, ‘respectable’ and civilised with travel clothes?”

In the comments below her piece, many called her out for being entitled (see: “the writer of this opinion piece comes across as rather snobbish,” and “how does other people’s clothing choices affect YOU”). Undeterred, Melissa then shared her article to Twitter, where she found a little more support.

Oh the thongs and velour tracksuits. 🤦🏽‍♀️Bonus points if they have juicy or foxy emblazoned across the butt and obligatory g-string showing. pic.twitter.com/9vQzj0rvOP

From, “You realise this is the most ‘first world’ problem since the start of NATO, right” to “one of the things I like about Qantas is they maintain class in a classless world” the internet apparently could not make up its mind.

Reading these comments, one starts to feel a sense of hopelessness. Maybe, as The Economist once predicted, fashion as we know it really is damaged beyond repair?

And then, finally, like a ray of afternoon light on a cloudy day, came the solution.

Get changed into more comfy pants ON the plane. Then get changed prior to landing. Smart on and off, fresher clothes for arrival and comfy onboard. Problem solved.

The takeaway? It is absolutely fine (encouraged, even) to wear activewear or pyjamas aboard a business-class flight. But it’s a definite no no to wear in the lounge.