Why Flying Business Class Is Actually A Smart Financial Decision

From the physical benefits of REM sleep to the mental profits of hedonism, this is why your business-class ticket is actually worth the money. 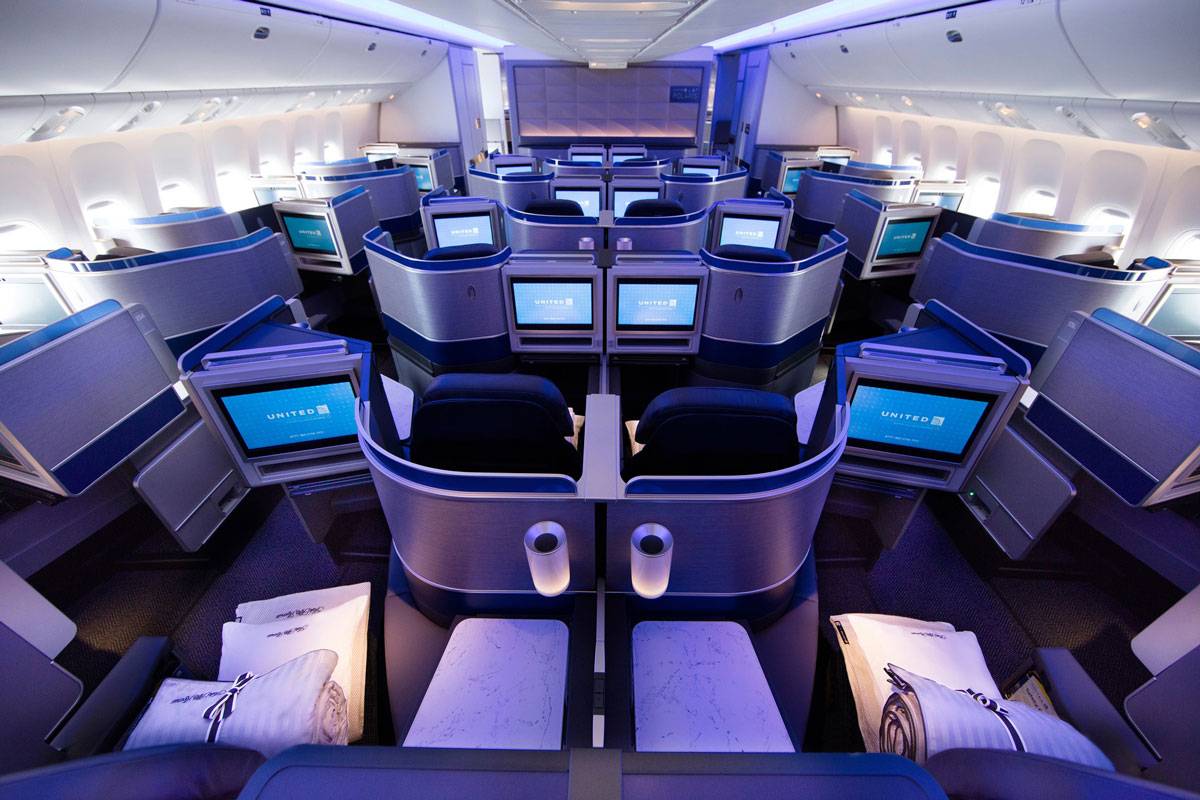 If flying cattle class is like spending the night at a budget swingers club (sweaty straddles and all), flying business-class is like partying in an overpriced cocktail lounge (pretentious purple lighting and all).

But that’s not to say it isn’t financially astute.

Much like it would be fiscally suicidal for a first-year uni student to mingle with Ibiza’s elite, if you’re staying in a three-star hotel or less you shouldn’t even think about flying business.

Likewise: it’s a no brainer for those with cash to burn to eschew the dingy discotheques in favour of the VIP table (or trade economy for business).

But this article is not aimed at either of these demographics.

This piece is for: those who can afford to fly business-class but aren’t sure if it’s a smart investment; those who fly business with work but who hesitate before ballin’ with their own money; those who are in line for a Rolex Daytona, but don’t know how they are going to pay for it. Those who are pretty much there but haven’t quite made it.

You get the picture.

Anyway, these are all the reasons, if you can afford to fly business without completely blowing out your budget, you may be well-advised to do so.

You’re only as successful as you are rested

Your aspiring unicorn startup may be a thirsty beast, but so is your cerebral cortex. And deprive it of sleep and that million-dollar pitch may come out of your mouth as loose change. So – even if you’re not travelling on corporate dime – it may well be worth flying business-class with your own money should you be on the hustle.

You can work while you fly

Likewise, and at the risk of repeating the LinkedIn mantra “time is money”… well… time is money. And if you can’t afford to waste tiempo watching re-runs of The Fast & The Furious and contesting your neighbour’s claim to your armrest then you might be better off tippety-tapping your laptop in business.

You can make priceless connections

Though this point is overstated by LinkedIn bloggers and their nouveau genre of say-nothing literature (6 Ways Entrepreneurs Can Stay Productive On A Plane! Vital Tips For Packing Your Entrepreneur Suitcase!), Neil Patel makes a good point in his Entrepreneur article ‘Is It Worth It Flying Business Class‘ explaining how one conversation turned into an important connection.

“Once, I introduced myself to a guy while flying from San Francisco to Las Vegas. He asked me the typical question, ‘What do you do?’ I wanted to take a nap, so I tried to end the conversation quickly by saying, ‘Oh, I work at Microsoft. What about you?'”

“‘I work in the construction industry,’ he said. ‘I have a handful of kids, so I stay pretty busy.'”

“The conversation could have ended there,” Neil writes… “but I tried to be polite by saying something nice: ‘Wow, that must be pretty intense – working construction while providing for a big family.'”

“‘Have you heard of KISSmetrics?” he quickly responded. “It was co-founded by a guy named Hiten Shah.”

“I was the other ‘co-founder’ with Shah,” Neil reveals, “but my seatmate probably didn’t recognize me. (I look a bit different now.)”

“Yeah. I’ve heard of it, I replied. I’m the co-founder. Hiten Shah is my brother-in-law. And, I don’t really work at Microsoft. I just say that, as it’s easier than explaining what I really do.”

“He stared at me for a solid five seconds. Then he laughed and said: ‘Well, I’m not really in the construction industry. I mean, I do work around it, but I’m actually a tech entrepreneur. I buy and sell web businesses.'”

“We went on to talk the entire flight.”

“His name was Jonathan,” Neil continues. “And Jonathan turned out to be an amazing business connection. He introduced me to his friends at The Carlyle Group and gave me shares in one of his companies that was later sold. We ended up working together on several deals.

Layovers are a breeze

From purgatory to palace: it’s hard to overstate the difference taking a bath in a fancy lounge vs. sitting slumped at Maccas makes to your cortisol levels. Priceless.

People watching is great in every class of the airline. But while cattle-class is “gallows humour” business class is “Ted Talk.”

While this excuse has been used by everyone from Charlie Sheen to Christopher Hitchens to justify their self-destructive habits, science has shown hedonism can be good for your health. And when you weigh up the psychologist bills you may incur after experiencing the Chinese water torture of having the person in front of you (in Economy) reclining their seat (and then putting it back up) at unceasing half-hour intervals throughout an entire 15 hour red-eye, that $5,000 business class ticket starts looking cheap.

They don’t pay those celebrity chefs for nothing. And if time is money, macro-nutrients are (brain) power.

Not to mention, as Monique Tran, Menu Analyst at United Airlines recently told D’Marge, “There is a great production of chefs, caterers, menu developers and specialists that are responsible for producing an exquisite dining menu for United Airlines… [with] a particular focus on curating a menu that doesn’t compromise on flavour and texture when our sense of smell and taste alter when flying.”

While this is consistent across all classes, particularly when it comes to their business-class offering [Polaris], “meals include a wider variety of selections, with a focus on ensuring we deliver restaurant-quality meals.”

“The development behind a United Polaris menu starts with a menu workshop with numerous stakeholders – from growers and farmers through to airline caterers and manufacturers,” Monique continued.

“Starting with over 100 creations in the initial menu workshop, United then conduct an intimate tasting panel consisting of experts across specific cuisines to taste and rate every dish… a very thorough process in order to provide the very best in gourmet fine dining in the skies.”

And that’s just one airline: others, like Qantas, Emirates, Qatar, Cathay Pacific and Etihad (to name a few) all engage in similar processes to distinguish their pointy-end offering from economy (and the respective business-classes of their competitors).