Joe Rogan Reveals The Ugly Truth About The Carnivore Diet

“Uncharted territory for 99% of… people.” 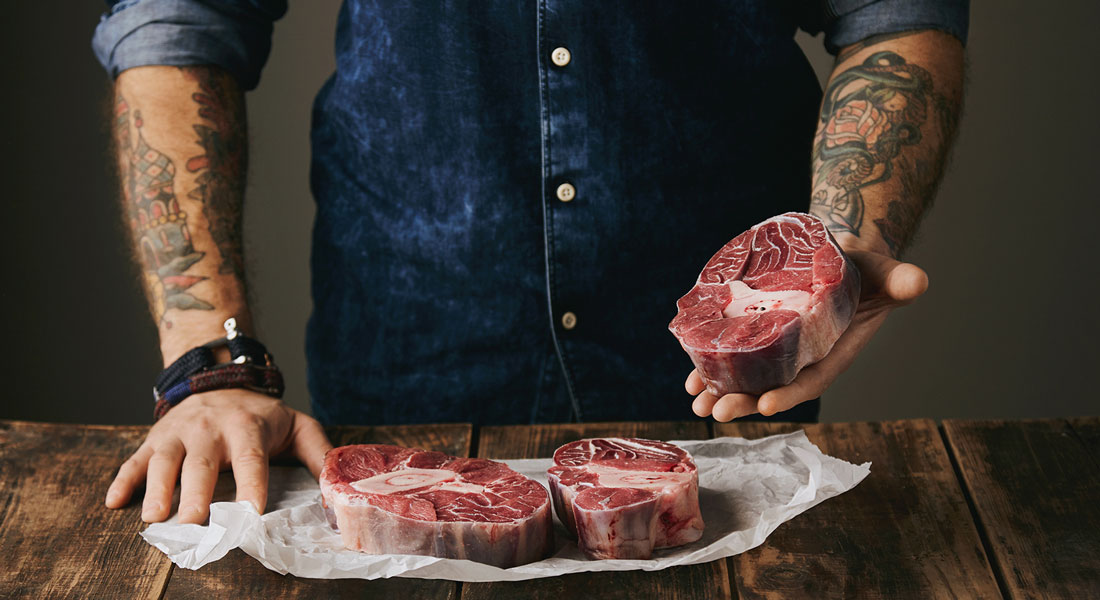 As we begin a new era of ~intuition~, in which people get their information from influencers and no study can ever be published online without first being dressed up with clickbait (and in which the public is losing faith in mainstream science), numerous dietary trends have seen Kardashian-like prominence.

While regimes like Lebron’s Ketogenic Diet and the Atkins diet were the last 10 years’ fads du décennie, as we enter a new decade an even more extreme version of “going low carb” is taking off in popularity: The Carnivore Diet.

The Carnivore Diet consists entirely of meat and animal products, excluding all other foods. According to Healthline, “It’s claimed to aid weight loss, mood issues, and blood sugar regulation, among other health issues.”

“However, the diet is extremely restrictive and likely unhealthy in the long term. Plus, no research backs its purported benefits.”

Additionally, Healthline adds, “The Carnivore Diet stems from the controversial belief that human ancestral populations ate mostly meat and fish and that high-carb diets are to blame for today’s high rates of chronic disease.”

“Other popular low-carb diets, like the keto and paleo diets, limit but don’t exclude carb intake. However, the Carnivore Diet aims for zero carbs.”

Enter: Joe Rogan, a comedian, UFC commentator and world-renowned podcaster. Joe’s discussions with such individuals as Jordan and Mikhaila Peterson (two avid proponents of the carnivore diet, who claim the regime helped them overcome everything from autoimmune disease to anxiety, reflux, psoriasis, sleep issues, and gingivitis) have prompted him to try The Carnivore Diet. This in mind, Joe recently took to Instagram to share how it was all going.

“Carnivore diet update; the good and the bad. Let’s start with the bad. There’s really only one ‘bad’ thing, and that thing is diarrhea. I’m not sure diarrhea is an accurate word for it, like I don’t think a shark is technically a fish. It’s a different thing, and with regular diarrhea I would compare it to a fire you see coming a block or two away and you have the time to make an escape, whereas this carnivore diet is like out of nowhere the fire is coming through the cracks, your doorknob is red hot, and all hope is lost.”

“I haven’t shit my pants yet, but I’ve come to accept that if I keep going with this diet it’s just a matter of time before we lose a battle, and I fill my undies like a rainforest mudslide overtaking a mountain road.”

“It’s that bad,” he continues. “It seems to be getting a little better every day, so there’s that to look forward to, but as of today I trust my butthole about as much as I trust a shifty neighbour with a heavy Russian accent that asks a lot of personal questions.”

As for the positives, Joe said this, “The good: Now, I’m well aware of the placebo effect and I’m constantly self-analyzing every perceived reaction I’m having to eating only meat for almost 2 weeks straight, but one thing I’m fairly sure of is that my energy levels are higher and steadier throughout the day. This seems undeniable.”

“I don’t know if it’s a temporary effect and if maybe it’s just the result of eating really disciplined, but either way it seems to be real. I’ve also felt really ‘healthy’ (other than the sporadic bouts of hellacious projectile doodoo). Again, I don’t now if this is real or imagined, but I actually seem to feel happier and more balanced.”

“Anyway, I’ll keep you folks posted. This is my late night dinner of liver and bacon. Only my second meal of the day, I ate a fat ribeye at 1pm.”

In response, his comment section was polarised. Beginning with the negative, Dr Beau High Tower quipped, “Ulcerative colitis has entered the chat,” while 11-time world champion surfer Kelly Slater said, “Poop is the picture of the quality of your digestion (health). Light brown floaters are supposed to be the best indicator of health. But then again, so is your mood and how you feel about things.”

Instagram user @victoriathecomedian minced less words: “Your colin is screaming right now. We live and die by the [sic] colin..I hope you’re able to maintain your weight loss once you finally have a much needed carb. You may feel good now..but it will turn on a dime. I’ve done this in the past and the results were me getting sicker than I have ever been.”

“There is zero fiber and everything you’re eating is dead. Experiments are good for 2 weeks. This would not be good long term. Eventually you’ll eat a carb and retain water. What’s the point? The brain needs glucose. The process of ketosis is dangerous and rough on the body. Meat is also acidic where cancer thrives. Save yourself and eat some fruits and veggies.”

Verified user @drdrewpinsky, however, came to Joe’s defence, writing, “Thank you, Joe, for the analysis. This has been my experience precisely. I am on to year 2 with this. My lipid profile has never been better. Coronary Calcium Score completed this week: 0.0. (With a terrible family history of vascular disease). I do believe Insulin and certain apolipoproteins are the enemy for, certainly my genetic make up.”

The takeaway from all this? Many other high (and low) profile individuals report positive findings too (once they got over the “hellacious” diarrhea). However, as Healthline points out, you’re still going out on a limb trying this diet as no long term wide-scale scientific studies have been conducted into it yet.