Important Rules Tourists Need To Know Before Dating In Scotland

“Suggest a drink in one of the many late-night bars after the show and it’s unlikely you’ll be turned down.” 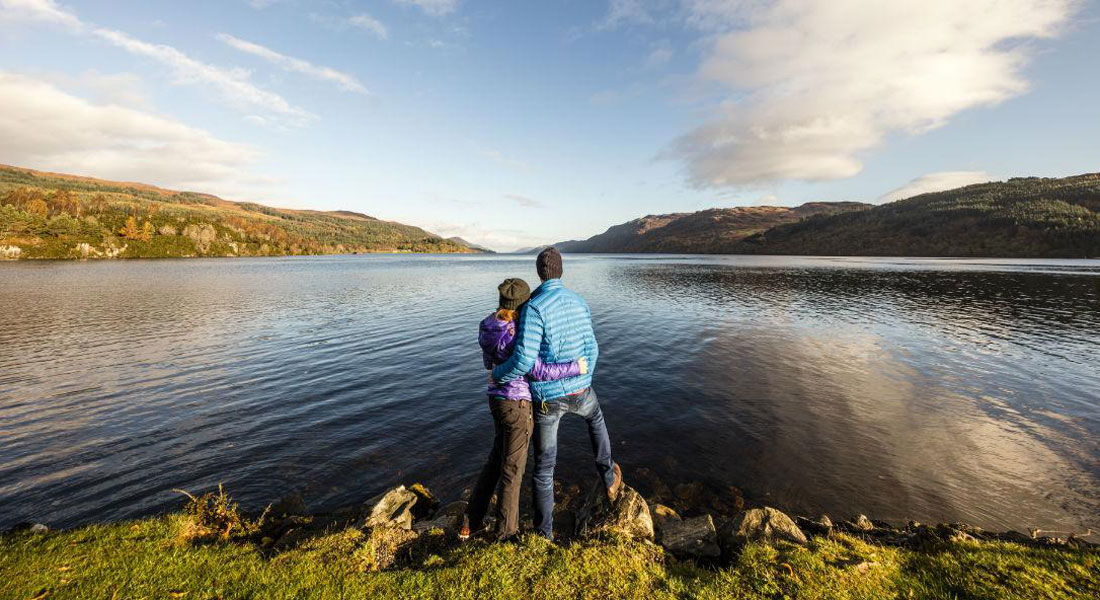 Heading to the land of Braveheart in the hope of finding your one true love?

To many, Scotland will likely conjure up images of rain, misery and deep-fried Mars bars. But it’s time to rethink the stereotype, as Scotland was voted the most beautiful country in the world by readers of Rough Guide. No easy task when you consider the landscapes countries the world over have to offer.

With beauty, culture, and Haggis at every turn, the possibilities for dating in Scotland are almost endless. But to help give you a one-up on anyone else touching down by plane or arriving by train, we spoke to professional dating coach and Edinburgh-native Val Sampson, to get the inside scoop on what it takes to win over a hen and where the best places to visit are.

Online Dating Has Its Downsides

Val tells us that “dating issues in Scotland and Edinburgh are pretty much the same as everywhere else in the western world.”

With a generation heavily engaged in app-based and online dating, its the most common route for people to find dates. But Val goes on to explain, “most daters meet online, and there are the usual hopes and fears about how authentic a potential partner’s online persona may be.”

“And when you do finally meet in real life, will they turn out to match your expectations or be a massive disappointment. Or look like their photos. Or be 20 years older than their profile alleges.”

Or, they could be like Edinburgh-based musician Ross Arthur, who used Tinder to plug his own single, only to be banned by the dating site for violating terms of service.

If you want to date a Scottish lass, prepare yourself for some hefty train or plane bills, as Val explains: “Edinburgh is a very cosmopolitan city and there are a lot of people who split their time working between here and in London, so you can’t guarantee that you’ll always be in the same place when you are arranging further dates.”

“And don’t assume that people are English just because they don’t have a Scottish accent. The posher a Scottish person is, the more English they sound. But they’ll be very offended if you query their Scottish heritage, so tread carefully on that one.”

Succumb To The Arts

So you’ve secured yourself a date. Where do you take them? Val says: “Edinburgh is a fantastic place for the arts – after all, it’s home to the biggest arts festival in the world for the whole of August (the Fringe Festival) – and you can scarcely turn a corner in the city centre without bumping into an art gallery, a theatre of a funky cinema.”

Enjoy A Drink Or Several

Prefer to drink than stare at a canvas? No problem. “There are some excellent cocktail bars in and around George St. in the centre of town. Panda and Sons is a fun place for a first encounter; it’s a Prohibition-style speakeasy with a nod to vintage barbershops. And Bramble, one of the most highly recommended, is tucked away in a basement beneath a dry cleaner. It’s well hidden but well worth seeking out.”

Be Open To Family Life

Not every first date is going to result in finding the love of your life, the world doesn’t work so easy. But in Scotland, there’s more chance of you being on the receiving end of the ‘family’ chat, although casual encounters definitely exist.

“While there’s usually a hook up culture among university students (and Edinburgh has three unis, so it’s definitely a youthful vice), Scots are family minded, often marrying in their mid to late twenties, unlike their London counterparts where marriage is often delayed until 30 plus.”

“It might be due to cultural differences – enjoying time with your family is a cool thing to do here [in Edinburgh] – or down to the very practical reason of it being much easier to buy your own place together, as prices are significantly cheaper than London.”

While some places are best to visit when the mercury begins to rise (Sydney, for example, is best enjoyed in glorious sunshine), Scotland has plenty to offer come rain or shine.

“There are major summer and winter attractions which bring in visitors from all over the world. Quite a few like it so much they end up falling in love with the place and moving here.”

“The aforementioned Fringe Festival means the city hosts around 3,000 events from magic to stand up comedy every day in August.”

“Not only does that mean there is something catering for every taste date-wise, but it’s also a great opportunity to meet new people. Talking to your neighbours in the queue for a show is a well-trodden path for making friends or lovers.”

“Suggest a drink in one of the many late night bars after the show and it’s unlikely you’ll be turned down.”

End The Year With A Bang

“Equally, Christmas and Hogmanay mean that the city is lit up like the backdrop to a rom-com movie”, Val explains

“And if you tire of drinking mulled wine in the Christmas market that runs in Princes St Gardens in the middle of town, you can walk for an hour or so up Arthur’s Seat, the ancient volcano on the southern edge of the city which offers a great view summer and winter alike.”

“If all that feels a bit conventional, and you’d prefer a wild night with a group of pagans, look no further than the winter and summer solstice celebrations organised by the Beltane Fire Society. There’s painted faces, naked bodies and a whole lot of drumming. It definitely makes for a date with a difference.”