The Annoying Habit All Australian AirPod Owners Are Guilty Of

Have some common courtesy, will you? 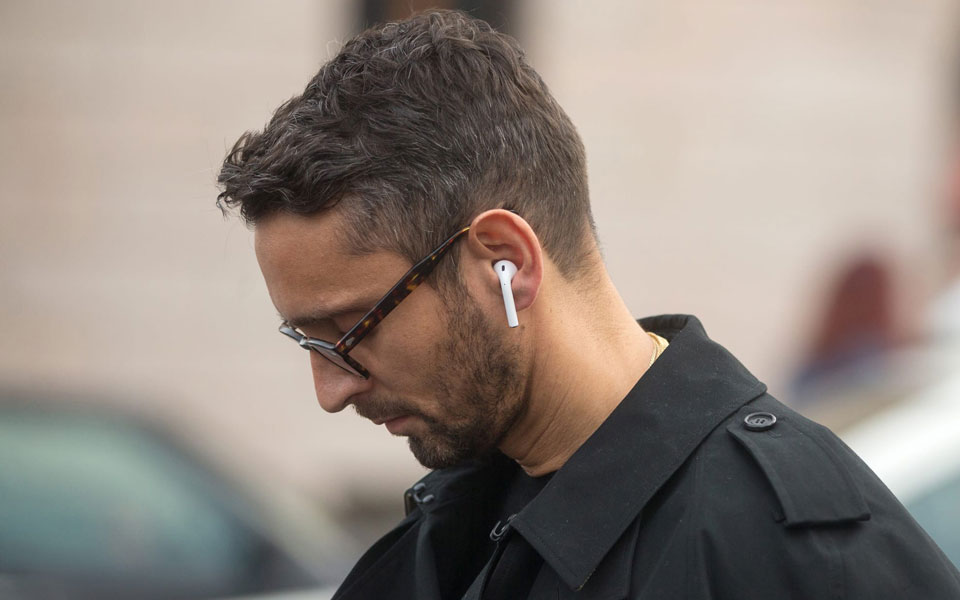 When Apple first unveiled the AirPods, they were met with some scepticism and were often likened to small walrus tusks hanging out of people’s ears. But since their launch in 2016, they have gone on to become one of the must-have tech and fashion accessories – and have secured Apple around US$12 billion in the process. Considering they bear the moniker of the world’s most valuable company, it’s hardly surprising.

Hypebeasts have certainly flocked to them like flies, as the all-white buds have been deemed worthy of being the perfect finishing touch to their supreme streetwear style ensembles.  We doubt they’ve been chosen as the accessory of choice due to their immunity to tangled cables, though – if that was the case, there are plenty of other perfectly viable options to choose from, many with superior sound quality, too.

But, while we’d agree that they’re great for quickly popping into your ears to listen to music on the morning commute, or to take a phone call, we’d argue the fact that because some people consciously choose to wear them constantly throughout the day, means Apple’s earbuds will never truly reach the upper echelons of cool.

There’s definitely an air of wanker that surrounds the 24/7 AirPod wearer. They can’t possibly afford to remove just one of their tusks because an important business call may come through at any moment.

Either that or they simply can’t remove themselves from listening to the latest fire Spotify playlists. It’s among the rudest of rude trends weaving their way into society, save from train riders so engrossed in their social media posts that they never notice those who need a seat more than them.

Don’t agree with us? There are several Reddit threads devoted to bashing Apple’s wire-free buds, with one simply titled, “People wearing Apple AirPods look f**king stupid”. In it, one user says “Whenever I see someone wearing them I always assume they’re either a die-hard Apple fan that doesn’t realize they’re being milked for pretty okay technology, or I assume it’s a Chinese knock off of them.”

Another adds: “Every single person I’ve seen that has AirPods, wears them just about 24/7. I’ve seen employees literally serve me food while wearing AirPods. I’ve seen student wear them in class. I’ve seen people just absolutely disrespect their surroundings because of them.”

The AirPods stay in during sex pic.twitter.com/fgFnmZiZ1P

While the man above claims otherwise, we don’t believe it: realistically no one knows whether AirPods stay in during sex, because no one has ever gotten lucky whilst wearing them. For a reason.

It’s this behaviour that is becoming too commonplace, and is a topic that Buzzfeed News has approached. In doing so, the publication spoke to some of the American public to find out their views on this new technological trend. A barista working at a coffee shop in Philadelphia said: “The idea that they’re always in your ears has really changed the way I’ve interacted.”

“It’s kind of a reminder of how people view service workers. I think there’s a good percentage of people who don’t see me as a full person.”

One trend I personally don’t understand, is groups of friends walking down the street together, all with pairs of AirPods in, but still talking to each other. I can never quite fathom if they’re listening to music whilst talking – and if they are, it’s a detriment to the quality of Apple’s buds, being able to let in an abundance of external sounds – of if they’re just inserted as a fashion statement.

My faith in Generation Z was further put to the test when I recently found myself standing next to a teenager in the crowd at a concert in Sydney, only to notice he had AirPods in and was selecting music on his phone to listen to. At a live music gig. He noticed my perplexed expression and sarcastically said, “What?”. I had to move away.

I would never dream of wearing any sort of headphones if I’m in the company of friends. Or at least, I’d take one earbud out so I can still be aware of my surroundings or if they spark up a conversation.

I’m obviously not here to say you shouldn’t buy a pair of AirPods – although I personally prefer Bose’s own wire-free version – but if you do, take some time to learn some etiquette before your first listen. Manners go a long way.