It would be fair to say that when men reach a certain age, they begin to care less and less about their appearance. Any desire for a stylish outfit goes out the window and in comes a swathe of beige. But one man doesn’t believe in such stereotypes: Eugene Levy.

The American Pie star rocked up to the Screen Actors Guild Awards in Los Angeles, California on January the 19th 2020 looking a million dollars, and giving us all style aspirations for when we reach Levy’s age of 73. 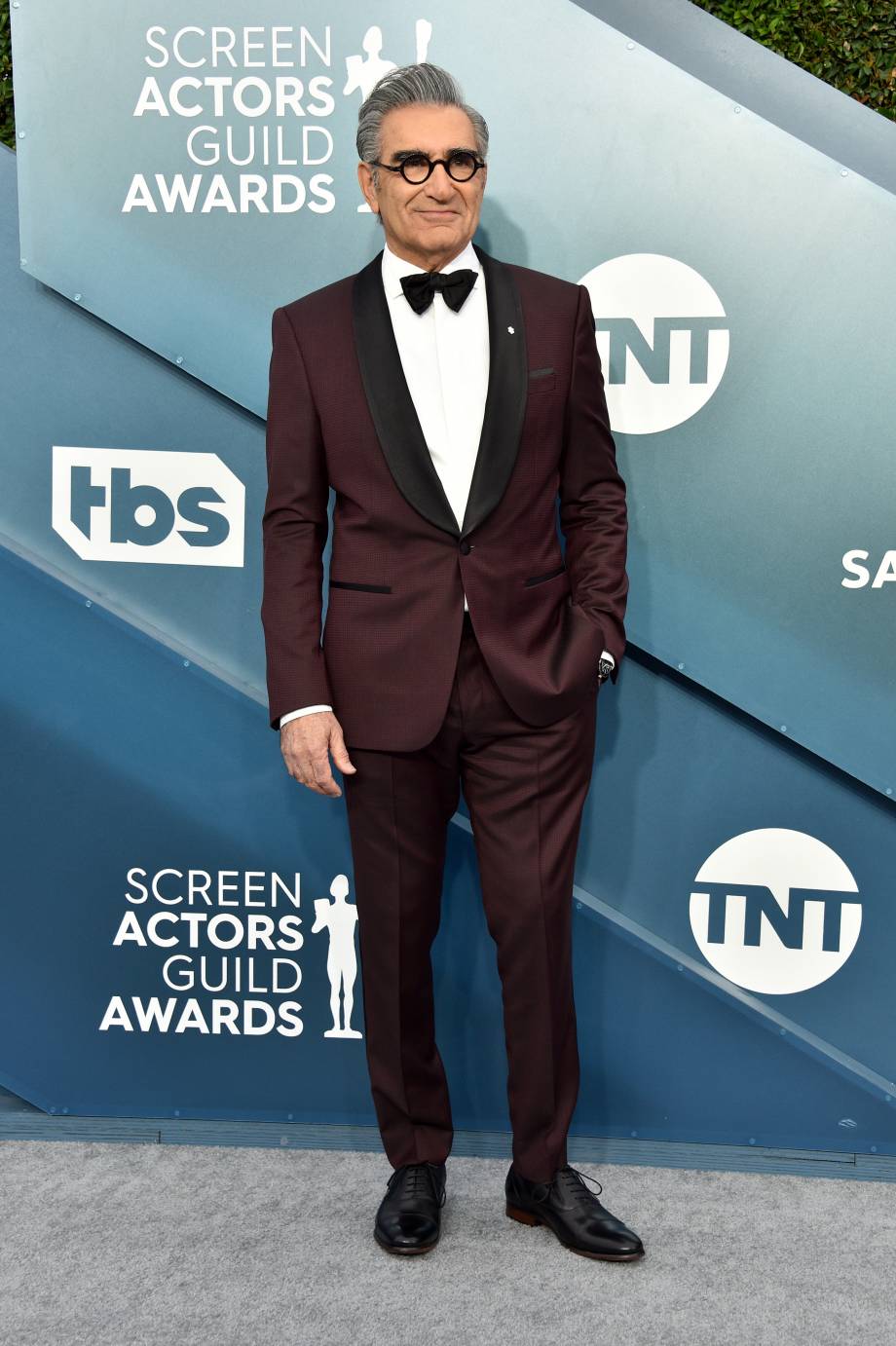 Attending the awards ceremony with his son and Schitt’s Creek co-star Daniel Levy, the Canadian actor rocked a tuxedo in a sharp shade of burgundy – standing out amongst a sea of black ‘penguin’ like outfits. To top it off, he finished the look with slick hair and stylish round-framed glasses.

He then took this look to the stage to kick off the awards night with his son, with some one liners that were almost as pleasing on the ear as his suit was on the eyes.

Who better to open the show than this father and son duo?! @Realeugenelevy @danjlevy #sagawards pic.twitter.com/Hw1AP4kcWq

Two of our favourites included: “The SAG awards… For this incredibly glamorous group of people here tonight… SAG is such an unfortunate acronym,” as well as, “Now tonight, actors celebrate the craft of acting and get to push their talent to the limit by playing good losers.”

Other notable outfits included that of Joaquin Phoenix, Brad Pitt, Andrew Scott, Caleb McLaughlin and Leonardo DiCaprio, to name a few, culminating in a healthy blend of old and new Hollywood looks on display.

In our eyes though, Eugene Levy won the style stakes.