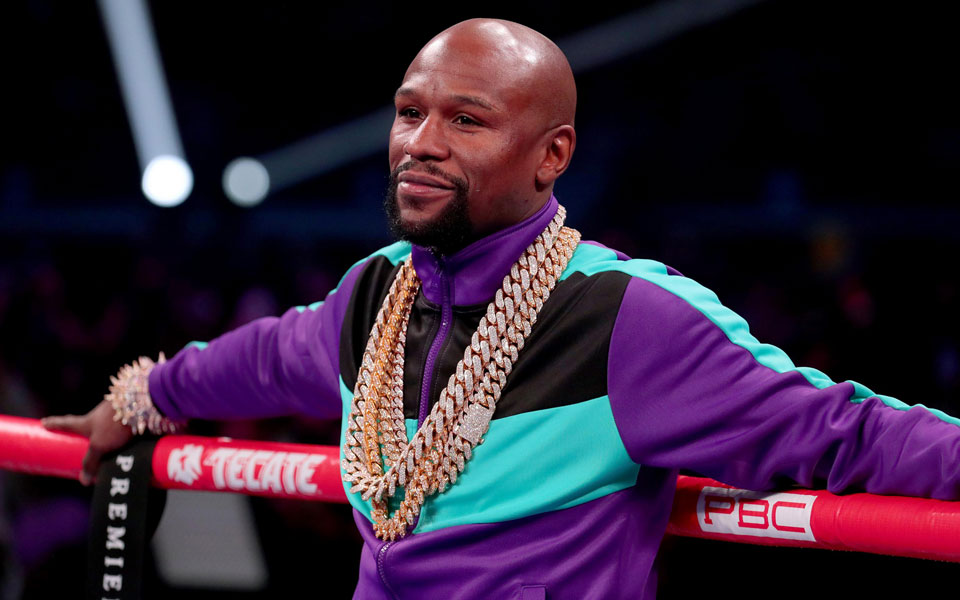 Floyd Mayweather has made a number of social media faux pas in his time. Such is the price of being a celebrity athlete – when the whole world is watching your every move you are bound to make a few wrong steps.

Yesterday, however, Mayweather made a mistake that it appears many cannot forgive, posting several “girl collection” images to his Instagram account to promote his Las Vegas strip club, as the sports world mourned Kobe Bryant’s shock death.

Kobe Bryant, one of basketball’s greatest players, “was among the passengers who died Sunday in a helicopter crash in Calabasas, California,” USA Today reports.

“Bryant… 41… was en route to an AAU basketball game Sunday morning when the helicopter crashed.”

On Monday, the following images were posted to Mayweather’s Instagram account (with the caption: “GIRL COLLECTION IS THE PLACE TO BE IN VEGAS ALL WEEKEND LONG,”) sparking outrage amongst even his own followers. 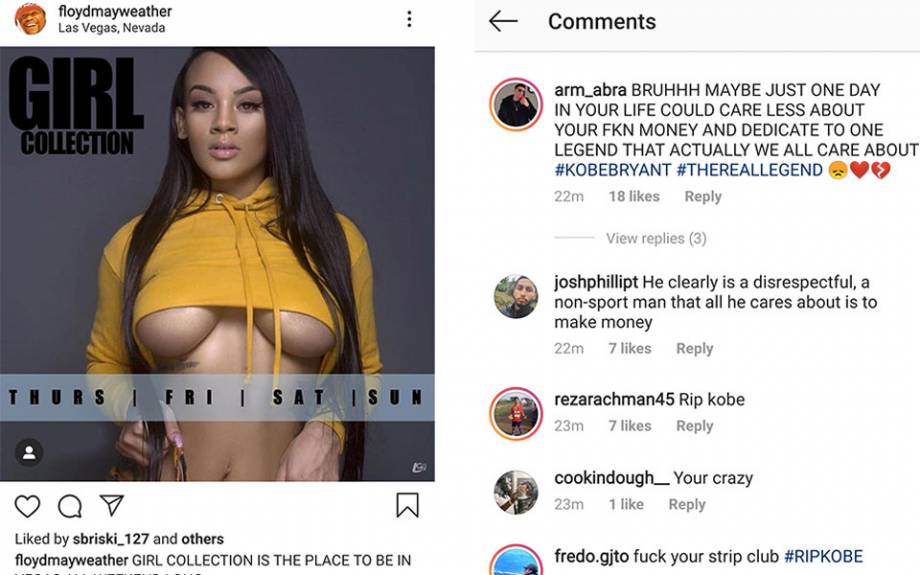 From, “Maybe just one day in your life [you] could care less about your fkn money and dedicate to one legend that actually we all care about,” to “Fuck your strip club,” many of Mayweather’s followers were not impressed. 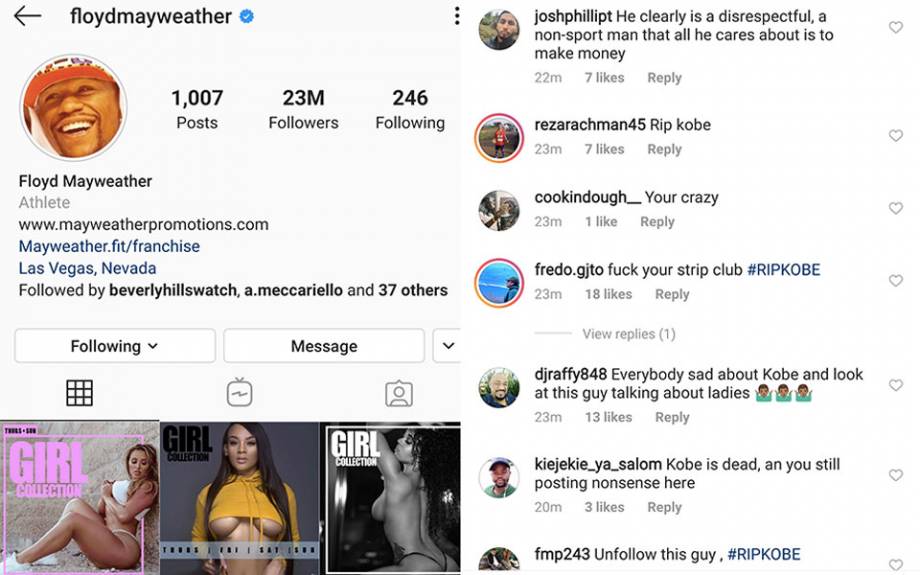 It’s unknown whether the posts were done by a social media manager (rather than Floyd himself) or whether they were automatically scheduled before Kobe’s passing. Either way they have now been deleted.

This latest mistake appears to be (potentially) a lot worse for his reputation; previously sports fans could overlook his juvenile antics, but to be seen not to have respect for Kobe (whether intentional or not) is harder to forgive than his trademark cash-flashing.