Think Iceland is all snow and Viking claps? Think again… 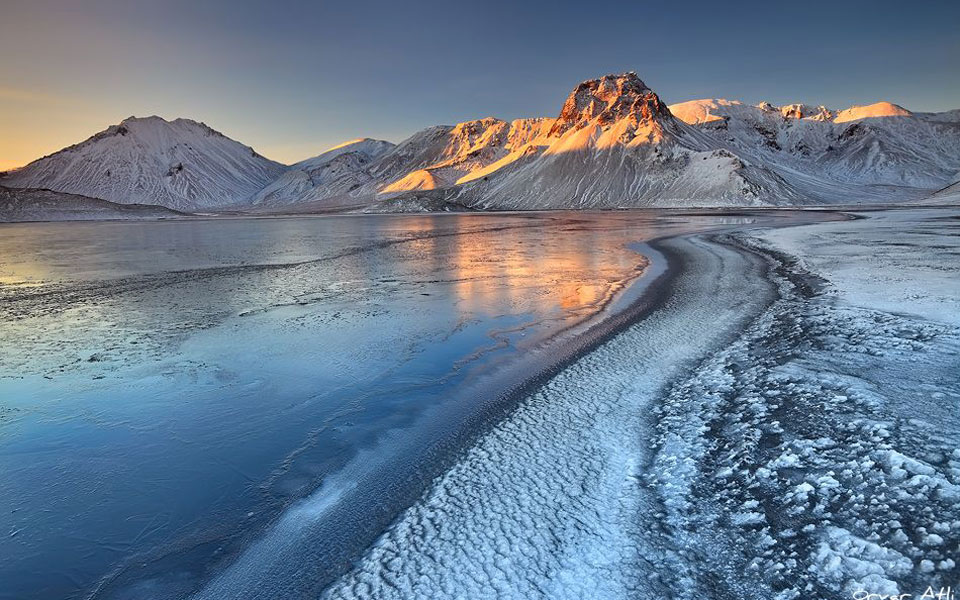 There are myriad reasons why someone should want to visit, or potentially up sticks and move, to Iceland. Virtually the entire country runs on renewable energy; it’s consistently voted as one of the best countries for women to live due to its high egalitarianism, and it’s responsible for gifting the world with Björk.

But planet-saving measures and quirky singers aside, Iceland is also one of the most beautiful countries in the world and, as Traveller claims, does cafés better than Melbourne.  The country’s beauty is best proven in Benjamin Everett’s stunning composition he posted on Instagram. While visitors to the Nordic island won’t get the exact same view as Ben – he’s stitched the image together from various locations around the island – it perfectly illustrates why we should all forget about booking Bali for our next summer excursion.

In early December, I spent three days with @inspiredbyIceland. As their name suggests, It turned out to be a perfect opportunity to explore the different ways the landscape has been inspiring me lately, and the perfect way to move into the new year. The first image in this post takes a variety of fantastic Icelandic locations and turns them into a single fantasy image. The second looks at the waterfall Skogafoss as an opportunity to exaggerate and explore the relationship between the flow of water to the flow of people visiting such a stunning and well known landmark. The first is something I had fun escaping into with the imagination, inspired after the fact, and made possible by the serendipity of images on my memory cards. The second is a concept that I’ve enjoyed thinking about, something that I felt inspired and excited to create even before visiting. Both landscapes, both inspired by Iceland, both fun to make, but very different results because of the thoughts behind them. #paidpromotion with @inspiredbyiceland

That’s because, at practically every turn, you’re going to run into icy blue pools, geysers – such as the aptly named Geysir, the oldest in the world – and snow-topped mountains. And don’t try to claim Perisher offers much of the same.

But before you start packing thermals, hats and heat packs, Iceland actually has a surprisingly warm climate during the summer months of June – August. Or at least, warm for Icelandic natives. Us Aussies may still suffer, but with the Black Sand Beach in Vík calling out, we dare you to pack your budgie smugglers.

If you do visit and decide it’s too cold, a trip to one of the country’s most popular attractions: Blue Lagoon, will soon have you wondering why you ever bought a return ticket. Water used in the pools at the geothermal spa ranges between 37 and 39 degrees, while a soft white mud that forms naturally on the bottom can be rubbed into the skin.

And if nutrient-rich waters and glaciers weren’t enough to convince you, then Iceland will be more than happy to play its other drawcard.

A post shared by NorthernlightsIceland (@northernlightsiceland) on Aug 17, 2019 at 6:53am PDT

The Northern Lights are a phenomenon viewable from a few countries in the Northern hemisphere, including Canada and Norway, but Iceland offers one of the best environments due to the surrounding volcanoes and waterfalls. Just prepare for colder weather, as they can only be seen from late August to early April.

Whatever time of you year you choose to visit, make sure you give yourself plenty of time to save: Iceland is regularly seen as one of the most expensive countries in the world.